North Korea’s latest test of an atomic weapon leaves the US with an uncomfortable choice: stick with a policy of incremental sanctions that has clearly failed to stop the country’s nuclear advances, or pick among alternatives that range from the highly risky to the repugnant, as the New York Times’ David Sanger, Choe Sang-Hun, and Jane Perlez report.

Three French women arrested after a car loaded with gas cylinders was found near Notre Dame Cathedral were planning to attack a Paris railway station under the direction of ISIS, French officials said today, as Reuters’ Gérard Bon reports.

Stocks and bonds fell Friday, putting the S&P 500 on pace for its worst day since the Brexit selloff, as the Wall Street Journal’s Aaron Kuriloff and Riva Gold report.

The number of foreign recruits flowing across the Turkish-Syrian border each month—down from a peak of 2,000. Source: Washington Post.

“This is not a cry for negotiations. This is very clearly a serious effort at amassing real nuclear capabilities that they can use to deter the US and others.” 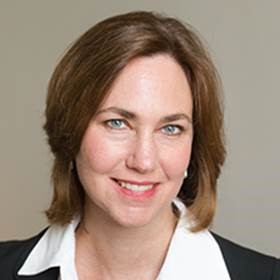 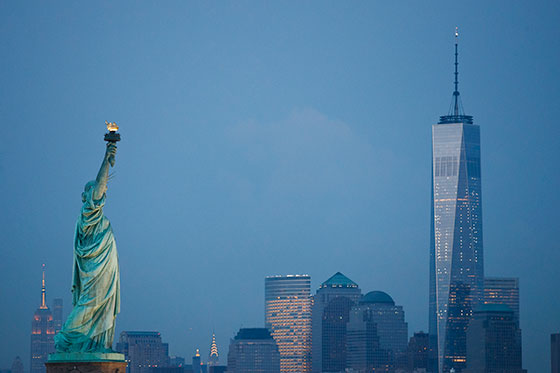 (Photo credit: Drew Angerer/Getty Images.)
The Statue of Liberty stands in the foreground as Lower Manhattan is viewed at dusk, September 8, 2016. New York City is preparing to mark the 15th anniversary of the September 11 terrorist attacks.

“Powerplay: The Origins of the American Alliance System in Asia,” an excerpt of CSIS’s Victor Cha’s new book in the National Interest.

Join the Wilson Center at 10:00 a.m. for “Transitional Justice in Colombia’s Post-Accord Context.”

And join Freedom House at 10:00 a.m. for “Venezuela’s Choice: Democracy or Authoritarianism?”

The Smart Women, Smart Power initiative hosted “A Conversation with Ambassador Wendy R. Sherman,” who played a key role in negotiations with North Korea on its nuclear program.

I don’t just like Walt Mossberg’s writing, I love it. His piece today about Apple’s iPhone Fest this week for the Verge is one of those must reads.

I’m smiling today for several reasons—Bob Schieffer and I interviewed the unparalleled New York Times columnist Maureen Dowd today for our podcast “About the News.” It will be featured on iTunes next Monday. Maureen’s new book comes out next Tuesday—it’s called “ The Year of Voting Dangerously: The Derangement of American Politics." She tells us that Hillary Clinton is facing the only opponent whose hairstyle the press cares more about than hers. The Year of Voting Dangerously is the best book I’ve read about politics or anything at all in some time.

I’m smiling because high school football and Friday Night Lights start tonight—and the great Senator John Warner (R-VA) told me to never, ever, miss one of my sons’ ballgames.

But I digress. Something about Maureen Dowd’s hilarious and insightful book, originality, world-class reporting, and overall groovyness made me think about some of the coolest musicians to ever walk the earth, the ones who had as much substance as swagger.

Like Lou Reed singing “Sweet Jane.” What a smile.