A Syrian cease-fire plan backed by the United States and Russia went into effect today amid cautious hopes it may herald at least a pause in the relentless violence that has raged for five years, as the Washington Post’s Liz Sly reports.

And, the AP has a roundup of the recent developments in the South China Sea.

Federal Reserve governor Lael Brainard today counseled continued prudence in tightening monetary policy, even as she said the economy is making gradual progress toward achieving the central bank’s goals. Brainard’s remarks are the last before the Fed enters its quiet period, during which officials abstain from publicly speaking about monetary policy in the run-up to a Federal Open Market Committee meeting, as Bloomberg’s Jeanna Smialek and Rich Miller report.

The number of elected mayors in Turkey removed from their positions over suspected links to militants. Source: Reuters.

“What the president is imagining is this will create an environment where every court system in the world starts bringing the United States up on charges in foreign courts, and the United States has to defend itself.”

— CSIS’s Jon Alterman in “President Obama’s no-win scenario on whether to allow 9/11 families to sue Saudi Arabia” via the Washington Post. 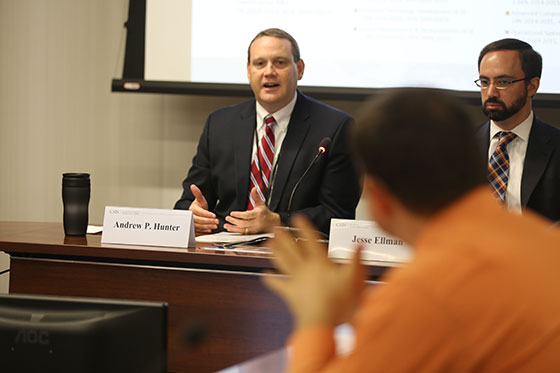 Andrew P. Hunter is the director of the Defense-Industrial Initiatives Group (DIIG) and a senior fellow in CSIS’s International Security Program. Today, Andrew and Jesse Ellman, an associate fellow with DIIG, released the executive summary of their latest report, Federal Research and Development Contract Trends and the Supporting Industrial Base, 2000–2015. The report explores the impact of sequestration and the budget drawdown on the Defense Department’s technological edge.

Sunrise at the Pentagon prior to a ceremony to commemorate the 15th anniversary of the September 11, 2001, terror attacks.

“Back from Zika hot zone, ‘Mosquito Lady’ to Congress: Move it!,” by Maureen Dowd for STAT.

Join CSIS’s Southeast Asia Program at 9:00 a.m. for “The United States and Myanmar: Next Steps.”

Join CSIS’s Europe Program at 2:00 p.m. for “Understanding a New Ocean: The Policy Implications of a Transforming Arctic.”

Join the Atlantic Council at 9:00 a.m. for “The Role of Transparency in Strengthening Defense Intelligence,” featuring Marcel Lettre, undersecretary of defense for intelligence.

And join the US Institute of Peace at 3:00 p.m. for “How to Stabilize Iraq: A Marine in Congress Speaks,” featuring Representative Seth Moulton (D-MA).

Yesterday was a big day for the USA. We commemorated the 15th anniversary of 9/11. The anniversary fell on the opening Sunday of the National Football League. All across the land, the stage was set for a unique American display of collective honor, strength and determination.

The rest of the world has soccer, we have football. And our football is glorious indeed. It has surpassed baseball as our national pastime. Communities from sea to shining sea embrace their home teams and most teams take on the personality of their communities.

In Baltimore, this is certainly true. The Ravens are named after the poem by Edgar Allan Poe who died in Baltimore at 40 years old just up the street from the team’s stadium. Winners of two Super Bowls, the Ravens have a well-earned reputation of being a tough, resilient team that puts teamwork above individual accomplishment. They are the heartbeat of Charm City.

Of course, Baltimore has a bit of working class swagger, and the Ravens have that too. Yesterday, American pride and Baltimore charm were displayed amid brilliant sunshine and clear skies.

One of my favorite things during football games is the “Stadium Rock” that blasts from loudspeakers and fires up both the players and the fans. During these moments, players on the field and on the sidelines can be spied grooving while the fans dance along in the stands.

Yesterday, the Ravens blasted Bruce Springsteen’s “Out in the Streets.” Picture 71 thousand fans blissfully shuffling to this while the Ravens’ 300 pound defensive lineman Timmy Jernigan swayed back and forth and you’ll know how much I was smiling.