Nearly 71 years after the US dropped an atomic bomb on Hiroshima, President Obama today called for an end to nuclear weapons in a solemn visit to Hiroshima to offer respects to the victims of the world’s first deployed atomic bomb as the Washington Post’s David Nakamura reports .

The last remaining Pentagon-trained rebel group in Syria is now in jeopardy as the Washington Post’s Liz Sly reports .

Dive deeper: CSIS’s Anthony Cordesman delivered a speech to the International Symposium on International Relations and Security at the Turkish War College “ The Changing Security Structure in the Middle East .”

Also Highly Recommended - the Washington Post’s David Ignatius “ On Syria, the United States and Turkey need each other .”

CSIS launched a new podcast series this week, “On Violent Extremism,” which explores the violent extremism phenomenon – its causes, manifestations, and responses. In each episode, CSIS’s Shannon Green sits down with a different expert or practitioner, building a mosaic of voices and perspectives on violent extremism from all around the world. The podcast’s first episode is an interview with Imam Mohamed Magid, head of the largest Muslim congregation in the United States.

The average amount of stories, graphics, and videos published by the Washington Post per day.
Source: The Atlantic

" Even though a lot of folks who advocate nuclear disarmament might have been hoping for more, I think it was just about right for a president visiting Hiroshima for the first time" 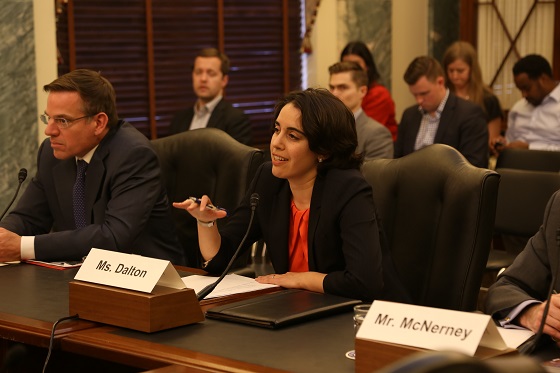 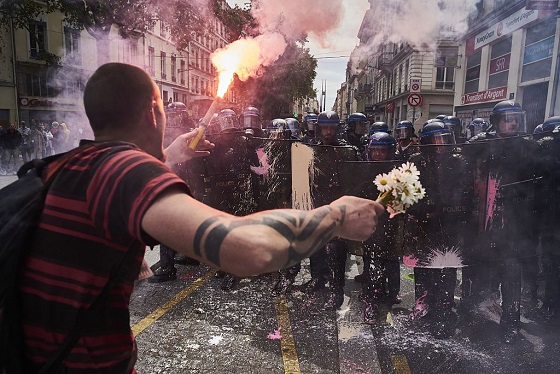 A man holds a bouquet of flowers and a torch as he faces riot police during a demonstration against the government's planned labour reform, on May 26, 2016 in Lyon, central eastern France. (Photo credit: JEAN-PHILIPPE KSIAZEK/AFP/Getty Images).

CSIS hosts " Agricultural Transformation in the Brazilian Cerrado: A Model of Development and Prosperity " at 9:30 a.m.

And at 2:00 p.m. " Transformative Innovation for International Development—Part One: Smart Cities ."

From the beginning of May, watch Veteran's Affairs Secretary Bob McDonald on the challenges in veteran's health policy .

We've seen the satellite photos in the South China Sea, but how hard is it to actually build an artificial island? Engineering and policy experts weigh in on the latest Cogitasia podcast .

“Car Wheels on a Gravel Road”

Lucinda Williams is an artist who defies description—not country, not rock, not folk, not delta blues…she is all of that, and more. Her father, the Arkansas poet Miller Williams was a kind of southern literary royalty—he was asked by President Bill Clinton to read his poem “Of History and Hope” at Clinton’s second inaugural.

Lucinda inherited her father’s understanding of words and the sense of place in the deep American south. In a beautifully well written New Yorker profile, Bill Buford refered to the “singer’s love affair with loss.”

I can’t say I love any album better than Lucinda’s 1998 “Car Wheels on a Gravel Road.” And I don’t mean any just Lucinda Williams album—I’m talking about the entire history of music, Dylan, Stones and all.

Listen to the title track of “Car Wheels.” If you’ve never heard it, you will now never forget it. If you’ve heard it, you probably have it on your shelf (or in your mobile device) next to the best music ever made. Happy Memorial Day all .