The Evening CSIS: China’s Construction, US Special Ops in Libya, Tell It Like It Is & More

The AP reports that the commander of the US Pacific Fleet today called for more military transparency in the South China Sea while visiting the northern Chinese port of Qingdao.

And, Reuters, today reported on China’s response to the CSIS photos and analysis.

US Special Operations forces are providing direct, on-the-ground support for the first time to fighters battling ISIS in Libya, US and Libyan officials said, coordinating American airstrikes and providing intelligence information in an effort to oust the group from a militant stronghold, as the Washington Post’s Missy Ryan and Sudarsan Raghavan reported late this afternoon.

Future of the Marines

The Marine Corps has been grappling with what its future force structure will look like and this morning in a speech at CSIS, Marine Commandant Gen. Robert Neller said the Marines are looking into adding assistant squad leaders to its units who would be responsible for flying the squads unmanned aerial vehicles, as Scott Maucione of Federal News Radio reports.

Dive Deeper: General Neller's full remarks at CSIS can be viewed On Demand.

As Business Insider’s Amanda Macias reports, the next president of the United States will have less than 300 days to strike a budget deal with Congress or see America's defense funds slashed.

The amount of military assistance that the United States delivered to Lebanon today to help combat extremists near the Syrian border. Source: Washington Post.

“Sophisticated cruise missile technologies now out there are not going away and we are going to have to find a way to deal with this—for the homeland, for allies and partners abroad, and for regional combatant commanders.” 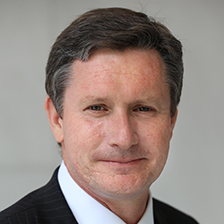 Andrew Shearer is CSIS’s senior adviser on Asia-Pacific security and a former Australian national security adviser. He recently authored "Now’s Not the Time to Lower America’s Nuclear Guard, Mr. President” in War on the Rocks. 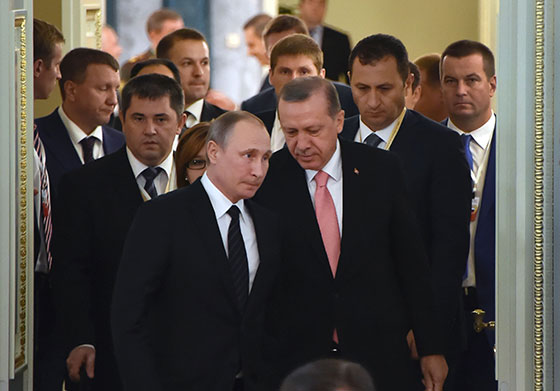 Russian President Vladimir Putin (C-L) and his Turkish counterpart Recep Tayyip Erdogan (C-R) enter a hall to start their meeting with Russian and Turkish entrepreneurs in Konstantinovsky Palace outside Saint Petersburg today. Putin said that restoring trade ties with Turkey will take time and work, after his first meeting with counterpart Recep Tayyip Erdogan since Ankara shot down a Russian warplane last November.

“Here’s Why Turkey Will Have A Hard Time Extraditing Alleged Coup Leader” by Buzzfeed’s Borzou Daragahi.

CSIS’s International Security Program and the US Naval Institute cohosted a Maritime Security Dialogue on the future of expeditionary warfare, with General Robert B. Neller, commandant of the Marine Corps.

CSIS’s Todd Harrison joins the National Defense Week podcastthis week to discuss the fifth anniversary of the Budget Control Act and its effect on defense budgets.

Producing a newspaper while trying to evade arrest has keptZambia Post news editor and deputy managing editor Joseph Mwenda on his toes since the Zambian government shut thePost newspaper down in June, citing tax fraud. The newspaper still manages to operate , on a shoestring budget, in an undisclosed location.

Thanks to all the fans of Aaron Neville, New Orleans and Tulane who wrote last night about Aaron’s new record “Apache.”

His music remains essential, timeless. Aaron released his classic “Tell It Like It Is” in 1966. Last week he performed it with an all-star cast of New Orleans musicians including his brother Charles and nephew Ian at the Brooklyn Bowl to celebrate his 75th. What a sweet smile it is.