ChinaPower is the result of a collaboration between the CSIS China Power Project, led by Bonnie Glaser, and the CSIS iDeas Lab—CSIS’s in-house multimedia and web production studio. Begin exploring our new micro-website by visiting http://chinapower.csis.org/.

The Taliban marked the official start of the spring fighting season with a huge truck bomb in the heart of Kabul today with at least 30 dead and more than 300 wounded as the New York Times’s Mujib Mashal and Ahmad Shakib report.

Dive Deeper: CSIS’s Anthony Cordesman published a report in early March, Afghanistan: The Uncertain Impact of a Year of Transition .

And, the Atlantic Council recently published an interview with Ambassador Zalmay Khalilzad, a CSIS Senior Adviser, “ US Foreign Policy Needs to be ‘Balanced’ Between ‘Great Exertions’ and ‘Retreat’ .”

House lawmakers want a 2.1 percent military pay raise for next year and a force expansion totaling 27,000 troops beyond the Pentagon's request, according to their first draft of the annual defense authorization bill released today, as the Military Times’s Leo Shane reports.

“The US must take the lead in realigning the global power architecture in such a way that the violence erupting within and occasionally projected beyond the Muslim world—and in the future possibly from other parts of what used to be called the Third World—can be contained without destroying the global order.” 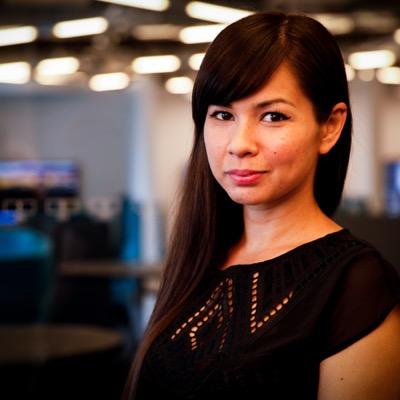 Catherine Traywick (@ctraywick) is an energy reporter covering Congress for Bloomberg. Catherine previously served as a fellow at Foreign Policy magazine where she focused on defense and international security. For the latest energy news, Catherine is one to watch.

Dive Deeper: Today President Obama signed an executive order “ Blocking Property And Suspending Entry Into The United States Of Persons Contributing To The Situation In Libya .” The Treasury Department followed up with a new designation of a Libyan national.

New essay by CSIS Counselor and Trustee Zbigniew Brzezinski “ Toward a Global Realignment ” for the American Interest.

And join CSIS’s Human Rights Initiative on Thursday at 9:30 a.m. for “ Foreign Policy and Human Rights Challenges in the European Union ” with Stavros Lambrinidis, the EU’s special representative for human rights.

Join the Atlantic Council tomorrow at 4:00 p.m. for “ From Kabul to the White House: Zalmay Khalilzad’s The Envoy.”

The latest Financial Times podcast explores “ What happens in Brazil if Rousseff is ousted? ”

Congrats to my friend Justin P. Kenny and his team at the NewsHour for winning a Peabody Award for Desperate Journey , a series on refugees fleeing Syria and other war zones in the Middle East.

Encore. Turns out there are some people who love the late Stevie Ray Vaughan out there. I’m one of them.

There’s a statue of Stevie Ray in Austin that people visit just to pay homage. I saw the real Stevie Ray perform live many times in New Orleans when he was in his prime. At the New Orleans Jazz and Heritage Festival, Stevie Ray was colossal. Here’s a great photo taken by the late Michael P. Smith (who also photographed my wedding) of Stevie Ray in 1986 at Jazz Fest.

Stevie Ray was majestic. Watch him fly in this live performance in Austin and smile.