The Evening CSIS: Confirmed, On Notice, Stills & Not Young

The US Senate this afternoon confirmed former Exxon Mobil Corp. chief executive Rex Tillerson to be secretary of state, sending him to the State Department as career officials mount a formal protest against President Donald Trump’s immigration initiative and as the US faces a complex set of foreign policy challenges, as the Wall Street Journal’s Felicia Schwartz reports.

Dive Deeper: CSIS president and CEO John Hamre issued this statement today: “CSIS is proud to congratulate Rex Tillerson, who has been confirmed as secretary of state. Secretary Tillerson has served on the CSIS Board of Trustees for 11 years. He resigned this afternoon. He is a sophisticated internationalist with a strong moral compass. We are proud that he has been selected to serve in such a critical responsibility.”

The Trump administration today said it was “officially putting Iran on notice” that it is paying attention to what it called “defiance” of nuclear agreements with its test launch of a ballistic missile, as the Washington Post’s Karen DeYoung reports.

The UK House of Commons voted to allow Prime Minister Theresa May to move forward with Bexit negotiations, as the BBC reports.

Dive Deeper: Speaking at Chatham House this week, Guy Verhofstadt—the European Parliament’s chief negotiator for Brexit and former prime minister of Belgium— sets out his vision for the future of the political order in Europe.

The number of daily active users of Facebook according to the company’s quarterly statements released today. Source: CNBC.

“He is a sophisticated internationalist with a strong moral compass. We are proud that he has been selected to serve in such a critical responsibility.”

—CSIS president and CEO John Hamre on today’s confirmation of Rex Tillerson as the 69th US secretary of state. 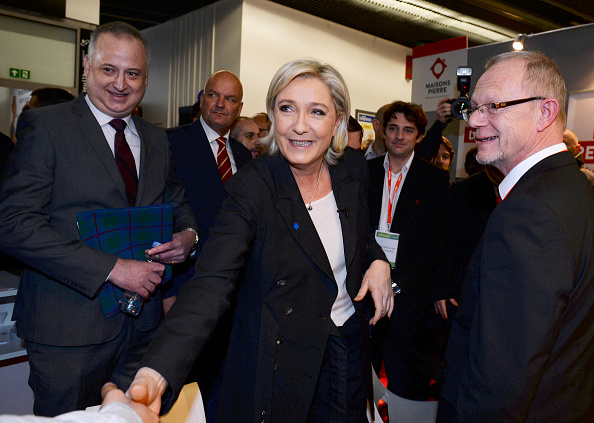 Join the Wilson Center at 11:00 a.m. for an insider’s view of the National Museum of African American History and Culture.

On Friday, Harvard Kennedy School is hosting “Perspectives on the Trump Executive Order on Immigration” at 4:00 p.m. You can follow the live stream here.

Take as Directed sits down with Michael Botticelli, former director of the White House Office of National Drug Control Policy, this week on his tenure at the White House and current issues surrounding the opioid epidemic.

Let’s play an encore for Stephen Stills and his fantastic band Manassas. The musicianship of these guys is stunning.