The US Treasury Department named North Korea today as a “primary money laundering concern” stipulating that any bank or firm doing banking transactions with North Korean entities runs the risk of being sanctioned by the US, as the Wall Street Journal’s Jay Solomon reports .

As the battle between Iraqi forces and Islamic State fighters intensified outside the city of Falluja, at least 20,000 children were among the civilians believed to be trapped and coming under fire in the city, the United Nations said today, as the New York Times’s Douglas Schorzman reports .

And, as Reuters' Maher Nazeh reports , Iraqi Prime Minister Haider al-Abadi has delayed Iraq's assault on the city of Falluja because of fears for the safety of civilians.

Plus, the Institute for the Study of War today published a new “ Iraq Situation Report ” on the latest in Fallujah.

Gulf OPEC countries are hailing the return of $50 oil, but for their more economically fragile peers the current price is almost unbearable, as Anjli Raval and David Sheppard of the Financial Times report ahead of Thursday’s meeting of OPEC ministers in Vienna.

Prime Minister Shinzo Abe of Japan announced today that he will delay a scheduled sales tax increase by two and a half years. Source: Reuters .

—CSIS’s Victor Cha and Lisa Collins on the Treasury Department’s designation of North Korea under section 311 of the USA PATRIOT Act. Source: CSIS . 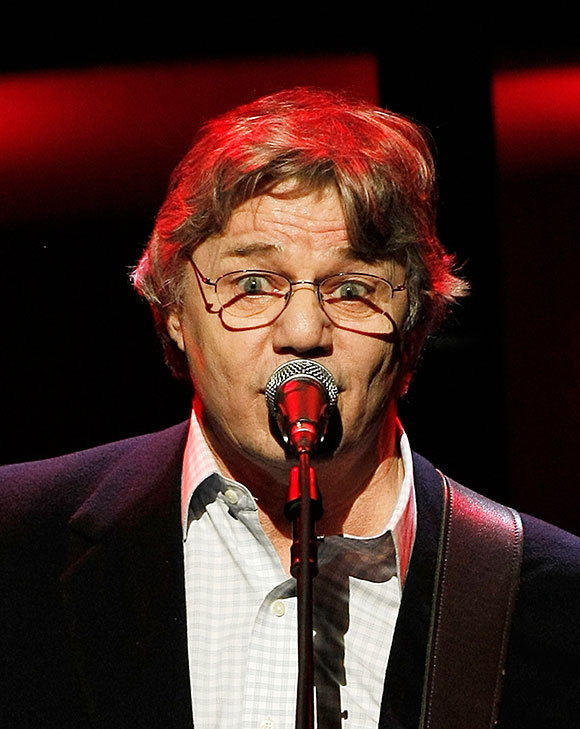 (Photo by Kevin Winter/Getty Images.)
Steve Miller, of the Steve Miller Band, says he is “planning to investigate” the Rock and Roll Hall of Fame. Watch out for this Joker…. 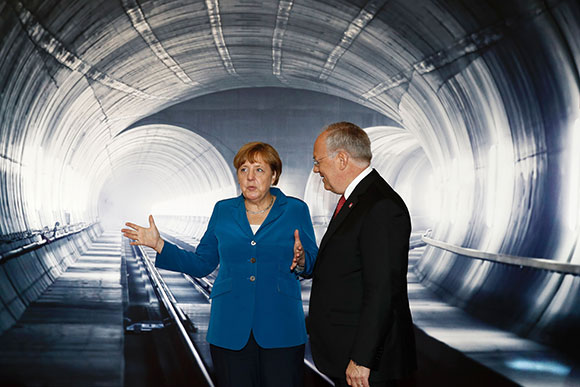 (Photo credit: PETER KLAUNZER/AFP/Getty Images.)
Swiss president Johann Schneider-Ammann (right) speaks with German chancellor Angela Merkel on the opening day of the Gotthard rail tunnel, the longest railway tunnel in the world. The 57-kilometer (35.4-mile) tunnel, which runs under the Alps, was first conceived in sketch form in 1947, but construction began 17 years ago.

Former acting director of the CIA Mike Morell authored “ Intelligence Briefings for the Presidential Nominees ” in the Cipher Brief today.

And watch the latest episode of The Open Mind , featuring a discussion on the state of the media with Washington Post media columnist Margaret Sullivan.

And CSIS’s Project on Prosperity and Development hosted “ Transformative Innovation for International Development—Part One: Smart Cities .”

Join CSIS’s Global Health Policy Center at 11:00 a.m. for “ Preventing the next pandemic: A conversation with the World Bank President .”

And join CSIS’s Project on Prosperity and Development at 2:00 p.m. for “ Transformative Innovation for International Development—Part Two: Innovation Ecosystems .”

Next week, CSIS and the Department of Justice Computer Crime and Intellectual Property Section (CCIPS) are co-hosting an all-day symposium on cybercrime and electronic evidence gathering. The event will include keynote speeches by senator Sheldon Whitehouse and assistant attorney general Leslie Caldwell. Register here .

Join the Peterson Institute for International Economics tomorrow at 12:00 p.m. for “ Long-Term Impacts of Brexit .”

Listen to the latest episode of the FT’s World Weekly with Gideon Rachman, “ Is Venezuela becoming a failed state? ”

This 22-second video visualizes 25 years of military spending around the world.

One of the single greatest musicians I have ever encountered is a legendary bluesman who has barely ever recorded a stitch of music. His name is J.D. Hill, a New Orleans multi-instrumentalist—harmonica, bass, guitar, drums—you name it.

When I lived in New Orleans while attending Tulane, J.D. and his band The Jammers used to perform several nights a week in a juke joint called Benny’s Bar (owned and operated by Benny’s brother, Lenny) just a block down the street from my house.

This was the place where all the Crescent City’s great musicians would go to jam together after they performed their paying gigs. I’m talking about the Neville Brothers, Dr. John, Deacon John, the Marsalis Brothers, Harry Connick, Jr., the Radiators, Rebirth, Kermit Ruffins, Anders Osbourne, John Mooney, John Cleary, Earl King…I could go on.

But J.D. and the Jammers were the House Band. Inside the rickety walls of Benny’s they sounded perfect—loud but not uncomfortably so. The frequency of every tune was at a pleasing level even though it could be blisteringly intense. The Jammers’ organic blues infused rock and funk was unmatched.

If I wasn’t inside Benny’s with my best and beloved friends Scott, Gary, Seth, Keith, Greg, Mike, Jon, and Todd listening, I could hear the blues gently coming in thru the French doors of my bedroom down the street while I drifted away to sleep. It’s a sound I won’t ever forget.

This video from J.D.’s personal collection will give you a small sense of how massively talented he is. And this is just in the yard, with his brother Joe and their harps. I’ll show you another time what J.D. sounds like with a band, but this is most certainly a smile.