A 17-month US effort to retrain and reunify Iraq’s regular army has failed to create a large number of effective Iraqi combat units or limit the power of sectarian militias, according to current and former US military and civilian officials, as Reuters’ Ned Parker and Jonathan Landay report in an exclusive today.

Dive Deeper: A new report by CSIS’s Mark Cancian examines the Defense Department’s FY 2017 budget proposal for the size and shape of military forces; what that proposal means for cost, strategy, and risk; and challenges the proposal faces in implementation.

Plus, CSIS’s Anthony Cordesman recently authored a commentary: “ US Strategy and the War in Iraq and Syria.”

Over 1,000 migrants died this week in a succession of shipwrecks and drownings in the Mediterranean Sea. The rising death toll spiked Friday with the discovery of more than 100 drowning victims off the Libyan coast, as rescuers searched for survivors of at least two other stricken boats in waters off Crete and Egypt, as the Washington Post’s James McAuley reports .

Mr. Modi Comes Back to Washington

Two years ago, there were questions whether Indian PM Narendra Modi could get a visa to enter the United States. Next week, he visits Washington as one of President Barack Obama’s closest international partners—this will be their seventh meeting since Modi became prime minister in 2014, as Reuters reports.

Dive Deeper: CSIS’s Rick Rossow today help a conference call for the press previewing Narendra Modi’s June 7-8 visit to the United States, the transcript of which is available for download.

And, Carnegie’s Ashley Tellis has an op-ed in the Hindustan Times: “ Modi’s Unexpected Success in Foreign Policy.”

Highly Important Read of the Day:

Tunisia signed a loan guarantee agreement with the United States today, giving it access to up to $500 million in financing from international capital markets. Source: US State Department.

“Things are looking fairly good publicly and good from what I’ve heard privately. Both governments are committed to have some big deliverables during next week’s meeting and a Westinghouse nuclear project would be a big one.” 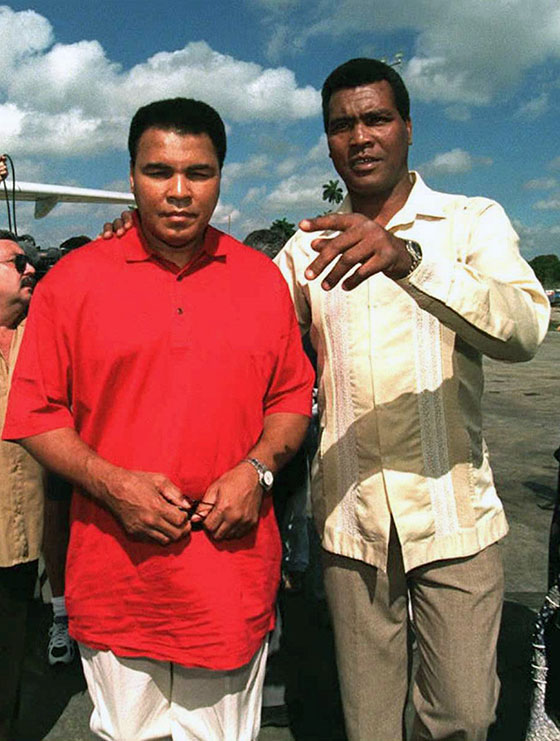 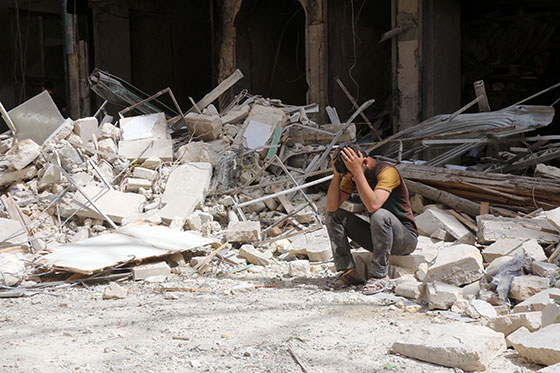 (Photo credit: THAER MOHAMMED/AFP/Getty Images.)
A man reacts amidst the rubble of buildings following a reported air strike by Syrian government forces in the rebel-held neighborhood of Sukkari in the northern city of Aleppo on June 3, 2016. Regime air strikes killed dozens of civilians in Aleppo and nearby areas as the UN Security Council prepared to discuss emergency aid drops to besieged areas.

And join CSIS’s Wadhwani Chair in U.S.-India Policy Studies at 10:00 a.m. for “ U.S.-India Economic Ties and the Final Modi-Obama Summit.”

Join the Carnegie Endowment tomorrow at 3:00 p.m. for “ The Evolution of the Nuclear Order: A Global Perspective.”

Many of you know who Daniel Lanois is. If you don’t, he is best known as U2’s producer. He also worked with a few smaller acts like Bob Dylan, Neil Young, The Neville Brothers, Willie Nelson, and Peter Gabriel among others…

Lanois is what you call a musicians’ musician. Musicians marvel at Lanois’ abilities and not only line up to work with him for his production skills, they simply want to see him perform his original music.

In the late 1980s, Lanois was living in New Orleans and reviving Bob Dylan’s career—Dylan writes about that time period in his book “Chronicles.”

Lanois was also producing The Neville Brothers’ seminal record, “Yellow Moon.” Since both Dylan and the Neville’s lived around the corner from my friends and me while we were in school at Tulane, we found ourselves in the right place at the right time.

We were fortunate to see Lanios perform his music in tiny places. It looked and sounded like this and I still can’t stop smiling at Lanois’ genius and originality.