It's Monday, March 13. Tomorrow’s edition of The Evening CSIS is tentative pending Snowmageddon.

Protesting Britain’s plans to leave the European Union, Scotland’s leader, Nicola Sturgeon, called today for a referendum on Scottish independence as early as next year, as the New York Times’ Katrin Bennhold reports.

As the Washington Post today reports, this week’s election in the Netherlands are being watched with “bated breath.” The Post’s Adam Taylor provides this guide to Wednesday’s election.

And in other Dutch news, Turkey's prime minister today threatened to impose sanctions on the Netherlands and take it to the European Court of Human Rights over a ban on his ministers speaking at rallies in Dutch cities, deepening a row with a NATO ally, as Reuters reports.

Dive Deeper: See CFR for a new interview with Open Europe’s Pieter Cleppe, “Dutch Elections and the Future of the EU.”

Originally scheduled to meet tomorrow at the White House, President Trump and German Chancellor Angela Merkel have postponed the visit until Friday due to a snowstorm scheduled to hit Washington tonight. And as the Wall Street Journal’s Anton Troianovski, Bertrand Benoit, and Ted Mann report, the two leaders have much to discuss.

The number of people that the Syrian Observatory for Human Rights says have been killed or are missing as a result of Syria’s civil war. Source: Reuters.

“Focusing on building more prisons without a plan for engaging the ideas of the men behind bars will make the streets safer today. But simply locking up thousands of people has been tried before, and has failed. Rather than make Tunisia safe, it will groom the next generation of jihadi leaders.”

—CSIS’s Haim Malka authored a new commentary today in the Cipher Brief, “Tunisia Confronts the Next Phase in Its War Against Jihadi-Salafism.” 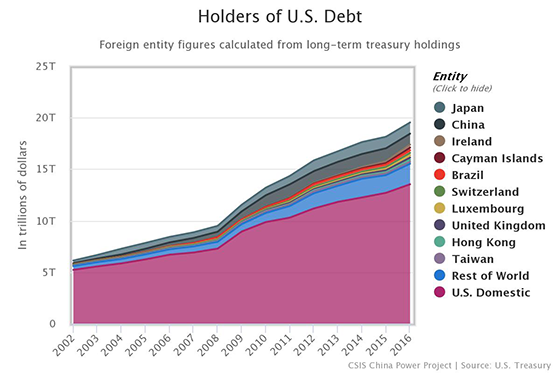 CSIS’s ChinaPower Project unpacks the complexity of China’s rise through objective analysis and data visualization. See ChinaPower’s updated feature, “Is it a risk for America that China holds over $1 trillion in U.S. debt?” 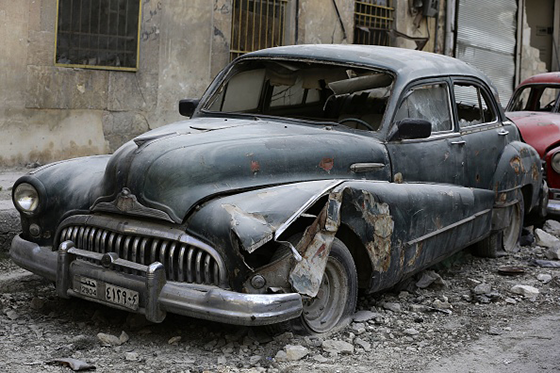 Join CSIS’s Middle East Program at 2:00 p.m. for the report launch of The Other Side of the World.

And join the Wilson Center at 10:00 a.m. by phone for a discussion on how the new administration is reshaping the U.S. immigration and refugee system and its effect on American foreign policy and national security.

Last week, CSIS’s Simon Chair in Political Economy hosted “The U.S.-Japan Bilateral Economic Relationship: Past, Present, and Future,” featuring a keynote address by Representative Joaquin Castro (D-TX). You can watch the event on demand or read from the transcripts here .

Russian Roulette’s new podcast delves into two historic revolutions: the February Revolution of 1917 and the Revolution of Dignity in Ukraine.

So we have a snowstorm coming…planes canceled, Chancellor Merkel can’t make it until later this week, people are stocking up and battening down the hatches. Seems we couldn’t make it through a winter without some form of a Snowpocalypse.

With weather like this on the way, I need something that warms my heart to listen to.

For me, the choice was easy. There will never be anyone like Bob Marley.

A few years ago I interviewed the photographer Kate Simon. Simon is one of the most important photographers in the history of popular music. Her photographs of Bob Marley went far beyond the iconic shots so often associated with the reggae star. They were deeply personal shots which revealed an intense warmth about Marley. They aren’t like anything I’ve ever seen about any other artist. I asked Simon why that was. She said there was a simple answer—Marley gave everything of himself to everyone he encountered.

In watching this clip, I can’t say I disagree.