London police on Friday announced two “significant” arrests in connection with the attack outside the British Parliament this week, as they sought to unravel the murky past of the 52-year-old assailant, who they said was born Adrian Russell Ajao, as the New York Times’ Dan Bilefsky reports.

Dive Deeper: See the CSIS Commission for Countering Violent Extremism’s recommendations on how to effectively combat the growing appeal of violent extremism within the United States and abroad.

Russian President Vladimir Putin stressed the "great importance" of ties between his country and France as he met French far-right presidential candidate Marine Le Pen at the Kremlin on Friday, Russian state-run news agency Tass reported. Putin's spokesman, Dmitry Peskov, told reporters that Russia was not seeking to influence the upcoming French election but had the right to communicate with French politicians, as CNN’s Juliet Perry reports.

Dive Deeper: Chatham House’s Matthew Goodwin authored a commentary: “What a Le Pen Win Would Look Like for France and the EU.”

The US sanctioned 30 individuals and entities from 10 countries, many of them Chinese and Russian, for transferring sensitive missile technology to Iran and flouting export controls on Iran, North Korea and Syria, the State Department said today, as the Wall Street Journal’s Felicia Schwartz reports.

The Keystone XL oil pipeline from Canada to the US has been approved by President Donald Trump, reversing the block imposed by Barack Obama, as the Financial Times’ Ed Crooks and Jessica Dye report.

The number of UN peacekeeping missions that are expected to end by March 2018, according to the UN’s peacekeeping chief, which include the missions in Haiti, Ivory Coast, and Liberia. Source: AP.

“There has been a historic proliferation of overseas activities to over 16 federal agencies with the acquiescence of Congress and successive presidential administrations. This has led to incoherence and a loss of focus in how the United States spends its limited foreign assistance budget.” 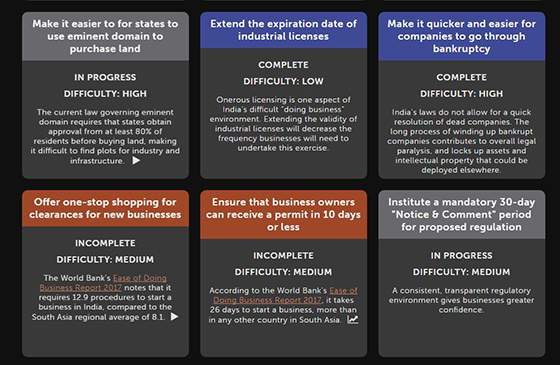 See “The Modi Government’s Reform Program: A Scorecard,” an interactive website from the CSIS Wadhwani Chair on U.S.-India Policy Studies. The site tracks 30 reforms that the Modi government confronted when it took office and the status of each. 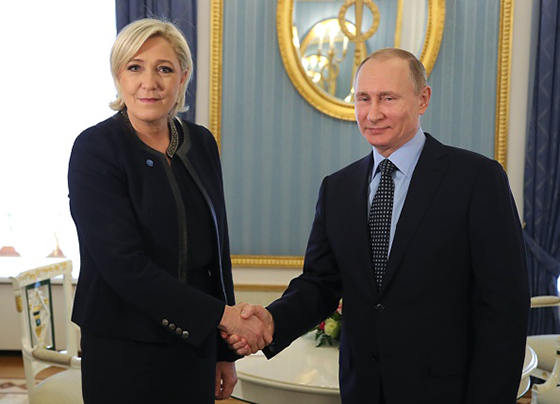 “Face to Face with the Ghost of ISIS,” by the New Yorker’s Robin Wright.

Join CSIS at 10:00 a.m. for a Japan Chair Forum with Toru Hashimoto, founder of Nihon Ishin no Kai (Japan Innovation Party) and former governor of Osaka.

Join AEI at 10:00 a.m. for a discussion of the human rights situation in North Korea and how Washington and its allies in the region can play a role.

And join Brookings at 10:30 a.m. for a discussion of Islam in France.

CSIS’s Russian Roulette released a new podcast today: “Of Kyrgyzstan, Russian Security Forces, and Putin’s Future.” You can listen on iTunes or SoundCloud.

There’s nothing better than getting in your car on a Friday at the end of the day with the sun going down and dialing up one of your favorite songs. Tonight I’m blasting Bruce Springsteen and the E Street Band’s “Rosalita.” Have a great weekend and smile!