Just as fears of nuclear terrorism are on the rise, President Obama's US-led drive to lock down all vulnerable atomic materials worldwide risks losing momentum, as Reuters’ Matt Spetalnick and David Brunnstrom report.

Dive Deeper: CSIS experts held a briefing for members of the media on the summit yesterday; the full transcript is available for download.

Or, you can listen to it here.

The Carnegie Corporation of New York has a superb, must-see, new interactive: “ The Greatest Threat: Nuclear Terrorism in an Age of Vulnerability .”

ISIS praised the suicide bombers who killed 32 and injured more than 300 in Brussels last week, and urged jihadists in the West to stage similar attacks against targets of their own choosing, an extremist-monitoring group said today,reports the Wall Street Journal’s Alan Cullison.

Meanwhile, the New York Times’ Lilia Blaise and Dan Bilefsky report that a file with the floor plan and photographs of the office of the Belgian prime minister was found on a laptop computer discarded in a garbage can last week by one of the terrorists linked to the Brussels attacks, according to Belgian officials.

A new report by CSIS’s Daniel Runde and Conor Savoy examines how the United States has approached infrastructure development in the past and how it is approaching it today, with an eye toward practical recommendations to improve the US ability to support infrastructure investment.

The number of fully-manned Army brigades that will be present in the European theater beginning in February 2017. Source: US Europe Command

“Should an individual consumer have absolute protection of his mobile device? The immediate answer is yes, but then you realize that you have among these consumers are child traffickers, drug dealers and terrorists. So, this debate has no immediate conclusion.” 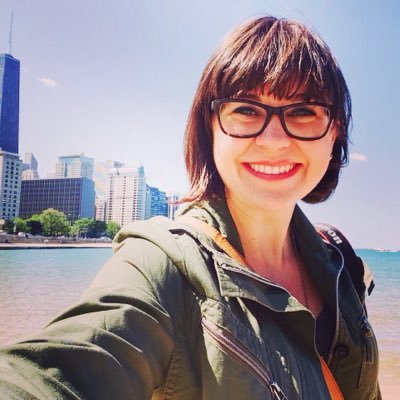 AFP published footage from the ongoing Islamist protests in Pakistan.

Today CSIS hosted Gen. Michael Hayden for a book talk about his new book Playing to the Edge: American Intelligence in the Age of Terror. Watch On Demand here.

Join us tomorrow at 8:30 a.m. for “ Working with Pacific Allies and Partners in Amphibious Operations ,” a conference on regional engagement and the U.S. Marine Corps.

Join us tomorrow at 5:00 p.m. for the Washington book launch of The Envoy by Amb. Zalmay Khalilzad. Bob Schieffer will moderate a discussion with Amb. Khalilzad, who will be signing books before and after the event. Register or watch live here.

Join sixth & i tomorrow at 7:00 p.m. for a conversation with the Atlantic’s Jeffrey Goldberg on President Obama’s foreign policy. Register here.

Chances are, most of you don’t know who Daniel Lanois is. If you don’t, you will be glad to know that you now do. And you might smile too.

Here’s a list of a few musicians who not only know Daniel Lanois, but revere him: Bob Dylan, U2, Neil Young, Peter Gabriel, Willie Nelson, Emmylou Harris, the Neville Brothers…

As a producer and musician, Lanois transformed all of their careers. None of them would ever play the same again after meeting Lanois. Which means, in effect, Lanois has transformed modern music.

We’ll get into Lanois as a solo artist too. There’s time for that.

But if you think that the artists I just mentioned above are old, passé, or whatever, let’s take a look at a young artist who Lanois is transforming these days. Neo-bluesman Rocco DeLuca. Rocco is the guy singing and playing dobro (a fascinating instrument that is a hybrid acoustic-electric steel guitar…I know my friends Parker, Keith, Scott, Jon and Gary are all smiling now…) Lanois is the guy on screen left playing electric guitar and wearing a black leather jacket with a skull cap you would typically see on U2’s The Edge. Put on your seatbelts. If you haven’t heard of Daniel Lanois, you are about to discover a tremendous, transformative musician. If you do know Lanois, you still should put on your seatbelt for this clip.

I always welcome and benefit from your feedback. Please drop me a line ataschwartz@csis.org.