The Pentagon is sending about 400 Marines to Syria to help local fighters wrest control of Raqqa, which ISIS considers its capital. The Pentagon says the new troops will fire artillery rounds at ISIS fighters in support of the local forces, as well as provide security for the Marine artillerymen, as NPR's Phil Ewing reports.

The United States rebuffed a proposal from China to “apply the brakes” to an escalating standoff with North Korea, saying “positive action” was required before it would engage with the “irresponsible” Kim Jong Un, as the Washington Post’s Emily Rauhala reports.

A new report by CSIS senior adviser Ray Dubois, Science, Technology, and U.S. National Security Strategy: Preparing Military Leadership for the Future, is a must read for anyone interested in the US military’s efforts to continue to ensure a competitive advantage.

Donald Tusk was appointed today to a second term as president of the European Council, one of the European Union’s governing bodies, despite objections from the government of his own country, Poland, that had created an unprecedented confrontation in Brussels, as the New York Times’s James Kanter reports.

The percentage by which China has increased its spending on diplomacy since 2012. Source: Bloomberg.

“We’re not going to put destroyers and frigates off the coast to protect those ports. That’s a Coast Guard mission and capability.”

—CSIS’s Rick “Ozzie” Nelson on proposals to cut funding for the Coast Guard and other entities tasked with securing the homeland. Source: Washington Post. 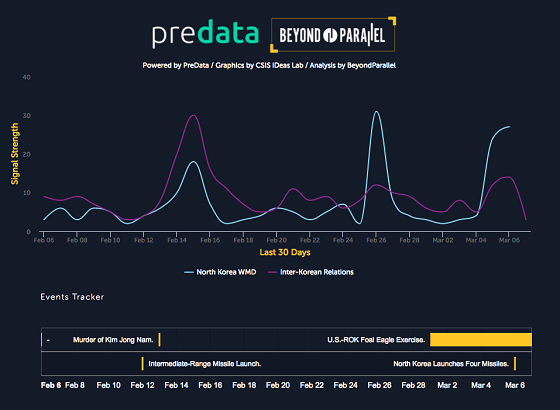 New CSIS Beyond Parallel-PreData predictions indicate there is a 43% chance of North Korean WMD activity taking place in the next 14 days and a 62% chance of North Korean WMD activity in the next 30 days. This graphic visualizes the volume and engagement in conversations related to North Korean weapons programs and inter-Korean relations. CSIS’s Beyond Parallel aims to bring transparency and understanding to Korean unification through objective analysis, data visualization, and satellite imagery. 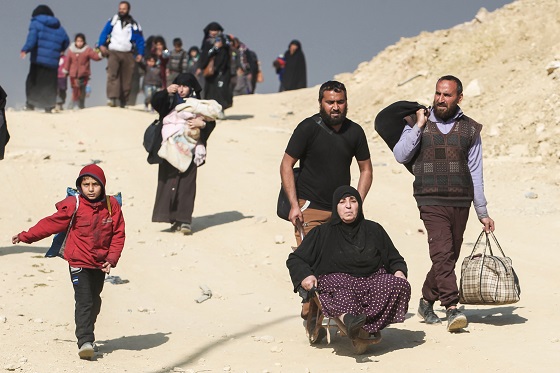 “The Underground Railroad for Refugees” by the New Yorker’s Jake Halpern.

Join the Atlantic Council at 9:00 a.m. for “European Economic Growth and its Importance to American Prosperity.”

Last month, CSIS’s Human Rights Initiative hosted the report launch of Aligning Partnerships for Security: A Human Rights Based Approach to Security and Economic Cooperation, featuring a discussion on enhancing partner security forces' respect for human rights through increased collaboration and communication between US government agencies, the private sector, and civil society. You can watch the event on demand here.

I’m excited about a new rock album for the first time in a while—everyone says rock is dead, it’s not. It’s a bit more elusive but not dead. This new record is by Ryan Adams, an alt-country/alt-rock star with a voice reminiscent of Gram Parsons.

Adams’ new record “Prisoner” is fantastic. Like any modern artist he issued individual tracks one after another on Spotify and I’ve been streaming them early and often. I’m now hooked. The whole record is out now, and Adams is making the rounds. A few weeks ago he ignited The Tonight Show with Jimmy Fallon and it made me smile.