The Evening CSIS: Mattis on the Hill, Missile Standoff, Heart of Gold and More

Defense secretary nominee James Mattis today ranked Russia and the national debt as top threats to US national security and said that President Obama’s nuclear deal with Iran was “imperfect” but must be enforced, as Yahoo News’s Olivier Knox reports.

With NATO-Russia relations at their lowest point in decades, the two former Cold War adversaries are in a tense standoff over missile defense. In recent years, Russia established a dense thicket of overlapping missile and missile defense systems with ranges that jut into NATO territory. Those systems could hinder NATO’s access to the territory in which it operates—akin to a 21st century moat around a castle. In defense jargon, it’s a strategy known as anti-access/area denial, or A2/AD. And it’s a top worry for NATO commanders as Foreign Policy’s Robbie Gamer reports.

The US has announced sanctions against North Korean government agencies and senior officials—among them leader Kim Jong-un’s sister, Kim Yo Jong—in response to Pyongyang’s human rights abuses and censorship activities, as AFP reports.

The percentage of North Korean respondents who said they consume foreign media at least once each month, according to polling released by CSIS’s Beyond Parallel team.

“Xi Jinping will not be seen as weak and soft in the face of pressure from the United States, so I really do worry about an early crisis with China. China is not going to allow the United States to deny it access to what it sees as its own territory.” 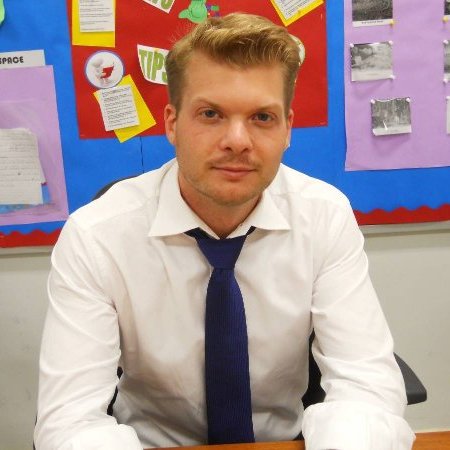 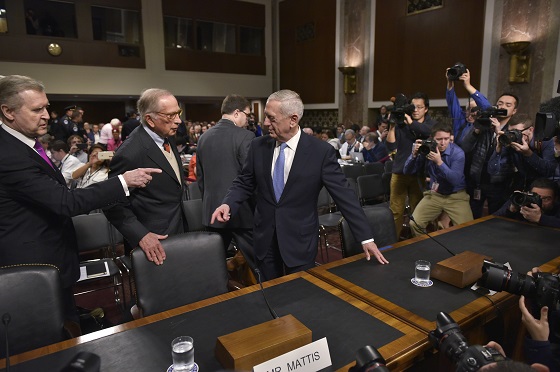 (Photo Credit: MANDEL NGAN/AFP/Getty Images)
Retired Marine Corps general James Mattis arrives with former Secretary of Defense William Cohen and Senator Sam Nunn to testify before the Senate Armed Services Committee on his nomination to be the next secretary of defense today on Capitol Hill.

Amazon.com Inc. today said it plans to create more than 100,000 full-time jobs in the US within the next 18 months, leveraging plans already in the works in part to patch up its contentious relationship with President-elect Donald Trump, as the Wall Street Journal’s Laura Stevens reports.

CSIS’s Simon Chair in Political Economy will host “The Future of Global Trade” featuring an armchair conversation with US Trade Representative Michael Froman tomorrow at 10:00 a.m.

The Aspen Institute will host “The Internet of Broken Things: The Future Challenges of Global Cybersecurity,” featuring Lisa O. Monaco, chief counterterrorism and homeland security adviser, and Assistant Attorney General John Carlin. The event will be live on their website at 8:30 a.m.

Join the German Marshall Fund at 10:00 a.m. for “The Big Stick: The Limits of Soft Power and the Necessity of Military Force.”

And join the Atlantic Council at 12:45 p.m. for “The Progress of Acquisition Management at the Department of Defense” for a conversation with Frank Kendall, undersecretary of defense for acquisition, technology, and logistics.

General James Mattis joined CSIS in April to present his views on the Middle East. Watch his speech on demand or download the transcript here.

Global Dispatches breaks down the situation in Turkey with Elmira Bayrasli, cofounder of Foreign Policy Interrupted.

Bloomberg Technology today, “Is 2017 Going to Be the Year for Tech IPO’s?” with Ethan Kurzweil.

This smile is dedicated to Vice President Joseph R. Biden who today was awarded the Presidential Medal of Freedom.