Hundreds of additional US troops have flowed into Iraq during the past week as American and Iraqi forces there begin final preparations to retake Mosul this fall. The size of the US force in Iraq and Syria now tops 4,400, up from about 3,900 last week, as Military Times’s Andrew Tilghman reports.

Dive Deeper: CSIS’s Anthony Cordesman published a commentary this week, “Syria and Iraq: What Comes After Mosul and Raqqa?”

The Institute for the Study of War has published a new “Iraq Situation Report.”

In his new book published today, Powerplay: The Origins of the American Alliance System in Asia, CSIS's Victor Cha investigates the origin of American alliances in Asia, how the system has changed over time, and what must be done to navigate a complex new era of international security—read an excerpt here.

Taliban fighters waged street-by-street gun battles against Afghan forces today in an isolated southern city that was once a militant stronghold, pushing hard toward government offices as Afghan helicopter gunships tried to slow the advance, as the Washington Post’s Sayed Salahuddin reports.

Former UN Secretary-General Kofi Annan said today his mission to Myanmar's troubled Rakhine state is not meant to investigate human rights, but to come up with recommendations to ease tensions between Buddhists and minority Muslims. Annan is leading a nine-member independent commission set up last month by State Counselor Aung San Suu Kyi's government to help find solutions to communal conflict, as the AP reports.

In an exclusive interview on his legacy, President Obama spoke to the New York Times’s Mark Landler and Coral Davenport on climate change while visiting Marine Corps Base Hawaii.

The number of children around the globe that have been driven from their homes by violent conflict. Source: AP/UNICEF .

"Duterte has not given any signals that he sees abandoning or substantially weakening the alliance with the United States as a way to reach a better deal with China, nor should he. You don't approach a country like China from a position of weakness, you approach them from a position of strength." 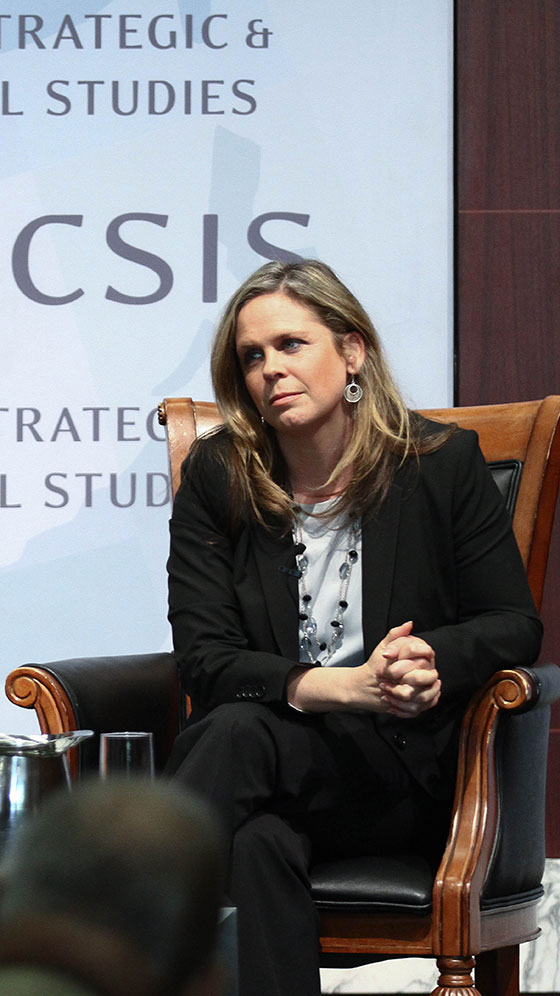 Kimberly Flowers(@kimberlytalksag) is the director of CSIS’s Global Food Security Project. Today Kimberly released a new documentary, “Tracking Promises: Bangladesh,” which analyzes the impact of Feed the Future investments in Bangladesh. You can also join her tomorrow at the report and documentary launch at CSIS.

“Some Survivors of the Fallen Are Shorted on Pentagon Benefits” via Roll Call’s John M. Donnelly.

Join CSIS’s Global Food Security Project at 9:00 a.m. for a report and documentary launch of “Tracking Promises: Analyzing the Impact of Feed the Future Investments in Bangladesh.”

Join Brookings tomorrow at 9:30 a.m. for “The Productivity Puzzle: How Can We Speed Up The Growth of The Economy?”

Encore. There are a few songs in the rock and roll cannon that everyone knows the words to. Bad Company’s infectious “Shooting Star” is one of them.