The Evening CSIS: Munich Rampage, On Lagarde, The Waiting & More

At least eight people have been killed in shooting attacks in Munich today, and German authorities are searching for up to three suspects armed with “long guns.” German police are treating the shootings as a terrorist attack and the US is urging Americans in Munich to “shelter in place.” The New York Times is providing live updates on the situation.

Live coverage from Munich can also be monitored at Deutsche Welle .

Christine Lagarde is likely to avoid jail time and keep her job as head of the International Monetary Fund after she was ordered to stand trial in France on charges that carry a potential prison term. Lagarde today lost a bid to challenge a December decision to be tried for alleged negligence during her time as French finance minister that paved the way for a massive government payout to tycoon Bernard Tapie. The specialized panel that will hear Lagarde’s case has previously found ministers guilty without having them actually serve time in prison, as Bloomberg reports .

The Associated Press provides “ Key events in the financial scandal that embroiled Lagarde .”

A new CSIS Original Video (about 5 minutes long) produced by CSIS’s Global Health Policy Center profiles four young Zambian women who describe the stark realities for adolescent girls and young women that fuel the AIDS epidemic—sexual violence, barriers to education and family planning, and gender inequality. Through their stories and insights, the video illustrates that in order to address the AIDS crisis in Southern Africa, we must understand the risks that young women face and work to engage and empower them.

A new commentary by CSIS president and CEO John Hamre and CSIS’s Kimberly Flowers underscores that food is a strategic weapon of war, a smart investment to foster peace, and a powerful political commodity.

Today was the hottest day ever recorded in the Eastern Hemisphere, with cities in Iraq and Kuwait measuring a scorching 129 degrees. Source: Washington Post .

“In the event of an attack, the aim of a missile defense system is to defend critical infrastructure. North Korea wouldn’t be able to decapitate the military in the south, and so THAAD would buy time to bring the full military forces to bear.” 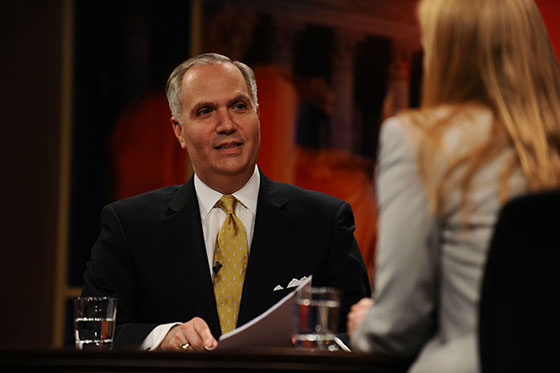 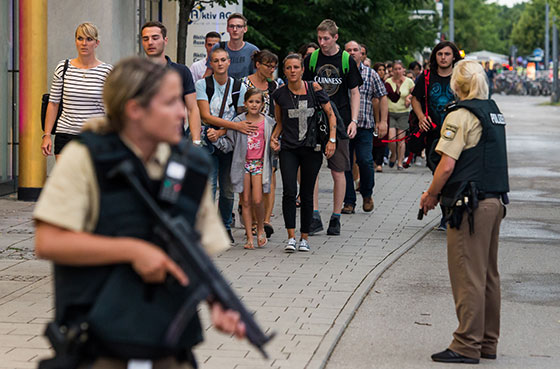 Police officers escort people from inside the Olympia Einkaufzentrum (OEZ) shopping center today in Munich, Germany. According to reports, several people have been killed and an unknown number injured in a shooting in the northwestern Moosach district in Munich.

“ Little America: The Birth of a New Republican Party ,” by the New Yorker’s Evan Osnos.

Watch “ To the Warsaw NATO Summit and Beyond: The Value of U.S. Alliances in the 21st Century ,” cohosted by CSIS’s International Security Program and Europe Program in late June.

Listen to the latest episode of the FT’s World Weekly with Gideon Rachman, “ Turkey’s bungled putsch .”

The BBC iPlayer Radio app is now available in the US—now Americans can experience the full effect of the UK broadcaster’s audio content expertise with the iPlayer Radio app for iOS and Android. The app contains all of BBC’s radio feeds, including Radio 1 through 6, as well as the World Service. It also has offline support for BBC podcasts, and curated collections of past content.

My friend The Boz is on fire about Eddie Vedder and Pearl Jam. And with good reason. The Boz sent me this clip last night featuring not one but two of the greatest American front men from the past several decades. And the backing band ain’t bad either…