The US will increase the number of military personnel in Syria fighting ISIS by 250, including Special Forces, President Obama said on Monday in Hanover, Germany, as the New York Times’s Michael Shear reports.

CSIS’s Anthony H. Cordesman published “ Creeping Incrementalism: US Forces and Strategy in Iraq and Syria from 2011 to 2016: An Update ” in February.

Murder in the Philippines

John Ridsdel, a Canadian held hostage by Islamist terrorists in the Philippines, "has been killed at the hands of his captors," Canadian Prime Minister Justin Trudeau said in a statement today, as the Canadian Broadcasting Corporation reports.

Dive Deeper: Abu Sayyaf is a terrorist group whose leadership swore allegiance to ISIS in 2014, CBC has more details about the group.

And, CTV has published “ 5 things to know about the terror group Abu Sayyaf.”

Thousands of Egyptian riot police on Monday stifled plans for mass demonstrations against President Sisi’s rule, using tear gas, birdshot, and beating up young activists to quickly disperse flash protests by hundreds calling on Egyptian President Sisi to step down over his decision to surrender control over two Red Sea islands to Saudi Arabia, as the AP’s Maggie Michael and Brian Rohan report.

Dive Deeper: A new commentary by CSIS’s Jon Alterman “ The Right Debate about Egypt,” explores the consequences of the US losing a close relationship with Egypt.

Plus, USC professor Laurie Brand and Kent State professor Joshua Stacher write for the Washington Post “ Why two islands may be more important to Egyptian regime stability than billions in Gulf aid.”

Russian pilots have flown more than 9,000 sorties in Syria, most of which have targeted non-ISIS targets. Source: Foreign Affairs.

"I can give you one iron law: The president cannot shape his legacy. And he certainly can't shape it on the basis of trips, public relations and White House press statements in this last year in office. But every president I can think of during my adult life has tried." 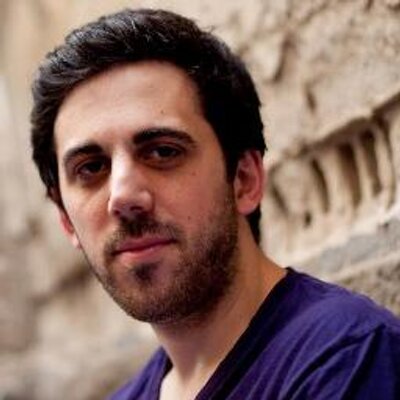 Stephen Kalin (@stephenkalin) is a correspondent for Reuters in Iraq. Stephen previously served as a reporter at AP and an editorial assistant at The Charlie Rose Show. For the latest news out of Iraq, Stephen is one to watch.

This weekend the New York Times published “ Chernobyl’s Silent Exclusion Zone (Except for the Logging).”

Join CSIS’s Energy and National Security Program tomorrow for an all-day conference on “ US Energy Policy in the 2016 Elections and Beyond: Incremental or Transformational?”

Last week we signed off on the day Prince died with a clip of him performing with Larry Graham of Sly and the Family Stone fame. I played the clip to underscore Prince’s power as a guitarist and someone devoted to musical history as well as making his own history.

Sometime soon, there will be a massive musical memorial concert for Prince that will be chock full of the world’s greatest musicians paying homage to the iconic performer who was every bit as transformative in pop culture as Elvis, James Brown, or the Beatles.

Regarding proper tributes, I loved it in 2004 when Prince, Tom Petty, Jeff Lynne, and others performed “ While My Guitar Gently Weeps ” for George Harrison. Prince, one of the best vocalists of modern times never sang a note—he didn’t have to, his guitar gently wept instead.