Republican presidential nominee Donald Trump said that if he is elected president the US would defend its NATO allies only on a conditional basis, and not automatically. He made the remarks during an interview with David Sanger and Maggie Haberman of the New York Times – full transcript here .

As the crackdown against alleged conspirators in last Friday’s attempted coup in Turkey continues, the EU says the heavy handed measures taken by Erdogan’s government have been “ unacceptable .”

And as CS Monitor’s Taylor Barnes reports , a group of 55 nations will gather and share intelligence with one another in order to thwart attacks as the Olympics get underway next month.

Theresa May in Paris

In a meeting in Paris today, French president Francois Hollande reiterated his call for British prime minister Theresa May and her newly formed government to develop a negotiating stance for Britain’s exit from the EU, as Reuters reports .

Dive Deeper: A new episode of CSIS’s ChinaPower Podcast was released today. Listen to CSIS’s Bonnie Glaser and Brookings’ Philippe Le Corre in “ Life after Brexit: What the Leave Vote Means for China’s Relations with Europe .”

CSIS’s International Security Program released a timely report today analyzing Russian intentions and capabilities in undersea warfare and the ability of NATO and partner nations to respond. The assessment identifies gaps in current Western organizations, capabilities, and posture and offers recommendations as to how NATO and partner nations can meet the Russian challenge .

"Over the longer term, the fallout from the coup will exacerbate Turkey’s relative insecurity. Erdogan’s evisceration of the military will leave it less able to resist the expansion of Russian power, even as his crackdown on his perceived opponents risks estranging Turkey’s Western allies." 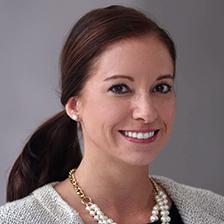 Lisa Sawyer Samp is senior fellow in CSIS’s International Security Program, where she focuses on defense strategy and European security. Lisa previously served on the NSC staff as director for NATO and European strategic affairs, as well as chief of staff to the assistant secretary of defense for international security affairs. Today, she coauthored a commentary with Jeffrey Rathke on security in the eastern Mediterranean after the coup attempt in Turkey. 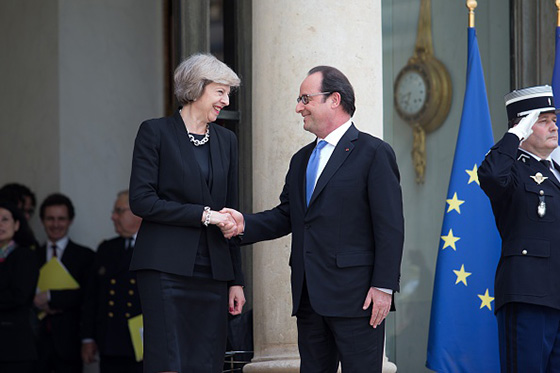 President Francois Hollande and prime minister Theresa May arrive for a meeting at Elysee Palace today in Paris.

Join the George Marshall Fund at 10:00 a.m. for “ Europe in Times of Brexit: A Transatlantic Talk with Czech Foreign Minister Lubomír Zaorálek. ”

And join the Institute of World Politics at 12:00 p.m. for “ The Outlook for Indian Military Modernization ,” featuring Air Marshal M Matheswaran, former deputy chief of integrated defense staff for the Indian Air Force.

The first issue of the Global Business Brief weekly newsletter by Defense One’s Marcus Weisgerber was released today. You can subscribe to it here .

My buddy The Boz thinks Pearl Jam’s Eddie Vedder is one of the best front men in rock and roll—ever. I’ve never considered Eddie in this space. Maybe it’s because he glared at me in September of 1998 when I left my front row seat to grab a beer at Pearl Jam’s Constitution Hall show while Eddie was singing his ballad “Black.” His eyes went right through me. I remember thinking, “Mick wouldn’t care if I wanted to grab a beer while he was singing something as silly as ‘Angie.’”

So, I decided that while I love Pearl Jam, and that Eddie is one talented cat, he’s no Kurt, not even a Chris Cornell.

But…I have to say, his longevity, the quality of his music, and his musical intelligence several decades past his heyday are indeed impressive.

You are right The Boz. Eddie rocks. State of Love and Trust .