North Korean vice foreign minister, Han Song-Ryol, told the BBC that Pyongyang will continue to test missiles on a “weekly, monthly and yearly basis” and that if the US were to take military action an “all-out war” would result.

The AP’s Edith Lederer reports that North Korea’s deputy UN ambassador accused the United States today of turning the Korean peninsula into “the world’s biggest hotspot” and creating “a dangerous situation in which a thermonuclear war may break out at any moment.”

And, as the New York Times ’ Jane Perlez reports , Vice President Mike Pence warned North Korea today while visiting South Korea not to test American resolve, but he also raised the possibility that the Trump administration could pursue talks.

Plus, see the Times’ Max Fisher on “The North Korea Paradox: Why There Are No Good Options.”

Another important piece from the Times worth revisiting is David Sanger and William Broad’s March 4 “ Trump Inherits a Secret Cyberwar Against North Korean Missiles,” in which Sanger and Broad describe the Obama administration’s search for a way to sabotage North Korean missiles under the rubric of “left of launch.”

And the Washington Post’s Jennifer Amur reports on “Why Turkish opposition parties are contesting the referendum results.”

Venezuela on the Brink

Images of protesters in Caracas running through clouds of tear gas and bloodied by state security forces have been front and center in recent media coverage of Venezuela. Other cities around the country also have been hit hard by police, national guard troops and the regime’s paramilitary forces as the dictatorship of Nicolás Maduro tries to contain a wildfire of rebellion, as the Wall Street Journal’s Mary Anastasia O’Grady reports.

The percentage of Turkish voters who voted in favor of the constitutional referendum. Source: CNN.

“While most of the major constitutional changes will not come into effect until after the 2019 elections, Erdogan will confront the prospect of deeper domestic polarization and greater external criticism over growing authoritarianism before then.”

—CSIS’s Bulent Aliriza on the impact of Turkey’s referendum. 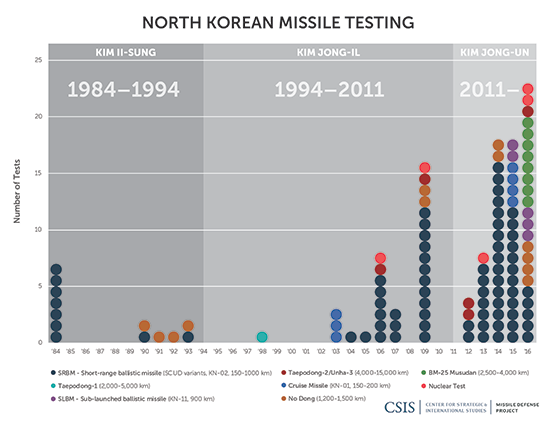 Missile Threat, an interactive website from CSIS’s Missile Defense Project, is an authoritative source of information and analysis about ballistic and cruise missiles around the globe and the systems designed to defend against them. This graph shows how North Korean missile testing has changed since Kim Il-Sung. 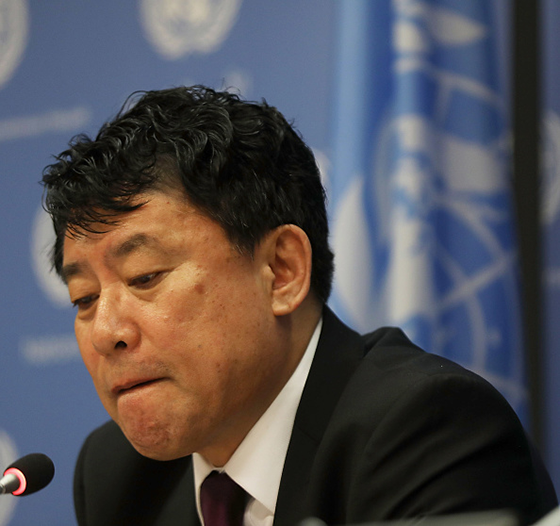 “War, Terrorism, and the Christian Exodus from the Middle East,” by Robin Wright for the New Yorker.

Join CSIS’s Freeman Chair in China Studies at 3:00 p.m. for a book forum on The Souls of China: The Return of Religion after Mao, by Pulitzer Prize-winning journalist Ian Johnson.

Join the Atlantic Council’s Global Energy Center at 12:00 p.m. for the report launch of Reform of the Global Energy Architecture.

And join Georgetown University’s Institute for Global History and the Mortara Center for International Studies at 5:30 p.m. for “The Deepwater Golden Triangle: The Gulf of Mexico, Brazil and West Africa in the Global Oil Economy.”

The latest from CSIS’s Take as Directed podcast analyzes the outcomes of Consortium of Universities for Global Health’s (CUGH) 8th Annual Global Health Conference last week. You can listen on iTunes or SoundCloud.

Sheryl Crow always makes me smile. She writes catchy songs and always puts together terrific bands to perform with. Her new single “Be Myself” is no exception. It comes out Friday along with her 10th album.

Major artists like Crow are doing all kinds of innovative things to promote their music in the digital age. Today, Crow released a performance of “Be Myself” as a preview of an upcoming concert special.