New details emerged today about the 19-year-old, one of two assailants who took five hostages Tuesday at the church in Saint-Etienne-du-Rouvray, slitting the throat of the 85-year-old priest, the Rev. Jacques Hamel, before being shot to death by police as the Associated Press reports.

And, James McAuley of The Washington Post reports that many in France “see the attack as an exacerbation of a long-brewing culture war over religion in a nominally secular but increasingly divided society.”

The Turkish government has shut down over 100 media outlets as Mic reports.

And CFR’s Steven A. Cook wrote last week about “ How Erdogan Made Turkey Authoritarian Again."

Although the U.S. is in the top tier for educating new cybersecurity workers, the small talent pool is still a significant challenge for industry and government, according to a new survey released today by CSIS as Federal Computer Week reports.

Download the CSIS report “ Hacking the Skills Shortage: A study of the international shortage in cybersecurity skills."

Donald Trump is “Topic A” for most Americans, the media and many people worldwide. But just in case you can’t find anything about what Donald Trump said about Russian hacking and Hillary Clinton’s emails, The New York Times has pulled together highlights of what he said at a news conference this morning.

“It is a mistake to see these acts as manifestations of coordinated political ambition rather than scattered episodes of mental illness.” 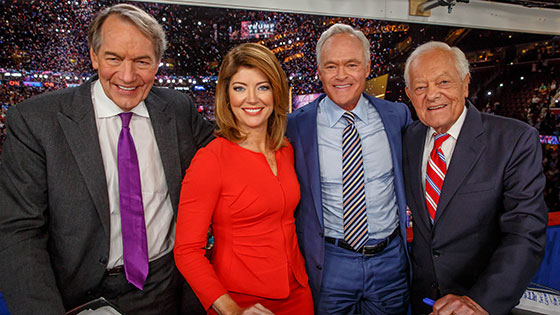 Bob Schieffer ( @bobschieffer ) is covering his 25th political convention this week at the DNC. On a new episode of “About the News,” Bob describes what he’s seen over the past several weeks in Philadelphia and Cleveland. You can listen and subscribe here.

CSIS’s Strategic Technologies Program hosted “ Hacking the Skills Shortage: A Study of the International Shortage in Cybersecurity Skills,” featuring Phyllis Schneck, deputy under secretary for cybersecurity at the US Department of Homeland Security.

CSIS’s Project on U.S. Leadership in Development hosted “ The Intersection of Civilian-Military Relations in International Diplomacy and Development,” featuring Phillip Carter, former U.S. ambassador to the Republic of Côte d’Ivoire.

Join the Council on Foreign Relations at 1:00 p.m. for “ Teetering at the Precipice: Brazil and the 2016 Summer Olympics.”

At 2:00 p.m., the US Institute of Peace will host “ Using Art to Wage Peace from Afghanistan to the Mideast,” featuring Afghan ambassador Hamdullah Mohib.

And join the Foreign Policy Research Institute at 4:30 p.m. for a National Defense Forum on “ Politics and the Military.”

This week, the National Defense Week podcast covers upcoming reforms at the Pentagon.

Apple today announced that it has sold its billionth iPhone. That’s good because we record a lot of podcasts at CSIS.

Radiohead is back in America. They are one of the biggest bands in the world and can easily kick off a sell-out US tour at Madison Square Garden, as they did last night in New York. Rolling Stone Magazine critic Rob Sheffield said the show was exhilarating.

They certainly didn’t disappoint their fans by playing a set list full of their best material, including this clip of “ 15 Step,” a song featured on the soundtrack of the blockbuster 2008 film “Twilight.”