NOTE: The Evening CSIS will not be published Wednesday in observance of Yom Kippur. We will resume publication on Thursday.

Russian president Vladimir Putin today canceled plans to travel to Paris next week, amid heightened tensions between Moscow and the West over the conflict in Syria, as the Wall Street Journal’s Laura Mills and Matthew Dalton report.

Dive Deeper: A report released today by CSIS’s Kathleen Hicks, Heather Conley, Lisa Sawyer Samp, Jeffrey Rathke, and Anthony Bell— Perspectives on Security and Strategic Stability —presents key observations from a Track 2 dialogue with representatives from the Baltic States and Poland, including regional perspectives on threats and vulnerabilities, views on US and NATO roles in conventional deterrence in Eastern Europe, regional approaches to internal defense and security, the nuclear dimension on the eastern flank, and future challenges to transatlantic cohesion.

Philippine president Rodrigo Duterte said today he will not abrogate a defense treaty with the United States but questioned its importance and that of joint combat exercises, which he says only benefit the US. In response today at CSIS, Assistant Secretary of State Daniel Russel said the US values the relations and wants to keep it on an “even keel,” as the AP reports.

The US is weighing what military response it should take against Yemen-based Houthi rebels, who US officials say launched two missiles at American warships in the Red Sea on Sunday, the Pentagon said today, as the AP reports.

Dive Deeper: CFR’s Global Conflict Tracker has an excellent interactive post on the “War in Yemen.”

And CSIS’s Tom Karako has been monitoring the missile war in Yemen since the beginning, check out the regularly updated timeline on missile strikes (and intercepts) so far.

The Election Year of “Have you ever?”

Our latest “Bob Schieffer’s About the News” podcast is a conversation with the Washington Post’s Chris Cillizza. Cillizza created “The Fix,” the widely popular politics blog that’s become an addiction for WaPo readers. Utilizing a creative swirl of multimedia, smart reporting, and analysis, “The Fix” is the model for next generation journalism. And in this election season of “have you ever,” Cilliza is a fascinating person to talk to, as Bob and I found out. The podcast is available on CSIS’s website or you can listen on iTunes.

Up to 162 million people in the US and Europe of working age, engage in some form of independent work, also known as the “gig economy.” Source: McKinsey Global Institute report “Independent work: Choice, necessity, and the gig economy.”

"What you're witnessing in Turkey is tied up with an almost constant desire to reclaim the heritage of the Ottoman empire, which was of course a polyglot, multi-ethnic entity. In almost every one of Erdogan's speeches there are these themes: You can be proud you are a Turk, proud that you are a Muslim, we have influence in our region and beyond. The expression 'Great Turkey' is used almost all the time."

—CSIS’s Bulent Aliriza on “After the failed coup, what sort of Turkey does Erdogan want?” Source: Reuters. 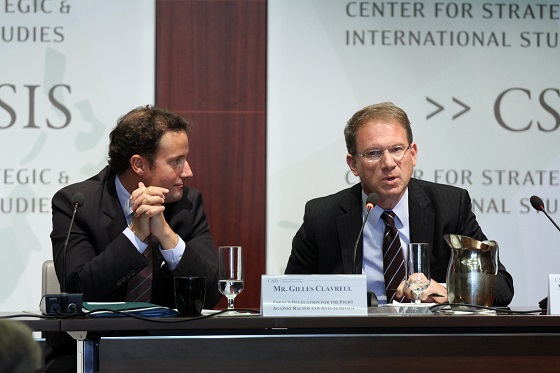 Jeffrey Goldberg ( @JeffreyGoldberg ) has been named the new editor in chief of the Atlantic. In an interview about his new undertaking, Goldberg said “To me, the scarcest resource in media is quality. That’s our chief competitive advantage. The trick is to grow without watering down quality.” Goldberg spoke at CSIS in September 2015 on “Understanding and Combating Anti-Semitism in Present-Day Europe.” 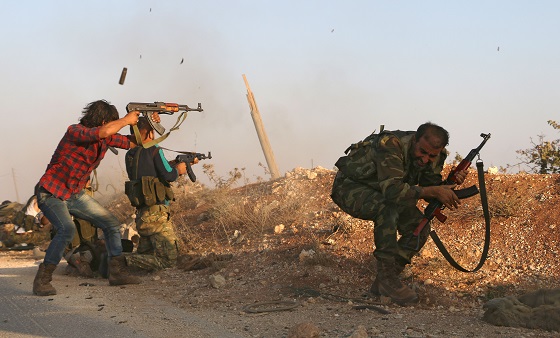 Fighters from the Free Syrian Army take part in a battle against ISIS in an area north of the embattled city of Aleppo yesterday.

CSIS’s Russia and Eurasia Program hosted the launch of the new report series, “The South Caucasus in a Reconnecting Eurasia.”

Join CSIS’s International Security Program and Wadhwani Chair in U.S.-India Policy Studies for “U.S.-India Security Cooperation: Promise and Progress for the Next Administration.”

And join Johns Hopkins SAIS at 5:00 p.m. for “Women Leaders Making a Difference on the Global Stage: A Conversation with Tina Brown.”

Watch the latest Schieffer Series for a discussion of Iran and the future of US-Iran relations with the Wall Street Journal’s Jay Solomon, CBS News’ Margaret Brennan, and the New York Times’ David Sanger.

Catch the latest on the CSIS Podcast as CSIS’s Greg Poling weighs in on Rodrigo Duterte’s first 100 days as president of the Philippines.

LinkedIn’s list of the 10 stars, 35 and under, who are influencing what you read, watch, and listen to daily.

I’ve been thinking a lot about the late Warren Zevon during this “Have you ever?” election year. I think he probably would have written a song about it and made us all smile no matter what—he had that kind of infectious spirit. It’s on display here with his all-time classic “Werewolves of London.”