The Evening CSIS: Orlando, Another Attack, Remember when we used to sing & More

The wife of Orlando nightclub gunman Omar Mateen drove with him to the dance club on at least one occasion before Sunday’s mass shooting, a law enforcement official said, as the Orlando Sentinel reports.

The Sentinel’s Skyler Swisher reports that Mateen appeared happy years ago when he learned of the September 11, 2001 attacks, according to two of his high school classmates.

And, the FBI is looking at whether the Orlando gunman had a secret gay life, as the AP’s Jason Dearen and Terrance Harris report .

Another Attack in Paris

A man who pledged allegiance to ISIS killed a police captain and his companion in a Paris suburb, a slaying officials suspect was sparked by the extremist group’s calls for followers in the West to carry out attacks, as the Wall Street Journal’s Inti Landauro and Matthew Dalton report .

And, as the Economist reports, “high alert” is the new normal in France.

The News about the News

Today, CSIS and the Bob Schieffer College of Communication at TCU launched “State of Journalism,” a year-long series of podcast interviews with leaders across the communications landscape hosted by CSIS trustee and CBS’s Bob Schieffer (with me tagging along for the ride).

Over the next year we’ll hold weekly conversations about journalism and its impact on politics and policy with leaders from legacy media organizations, digitally native news platforms, social media companies, and other top thought leaders.

“The American people have access to more information than any people in history,” said Bob Schieffer. “But are we more informed or just overwhelmed with so much information we can’t process it? That’s what we’ll try to understand as we explore the communications landscape over the next year.”

Another Country Heard From

The middle class in the Asia-Pacific region is set to reach 3.2 billion people over the next 20 years. Source: US deputy secretary of commerce Bruce Andrews at CSIS today.

“It’s so easy, they can’t resist temptation. American politics are a chaotic mystery to them, so they’re hoping to get lucky and gain a little insight.” 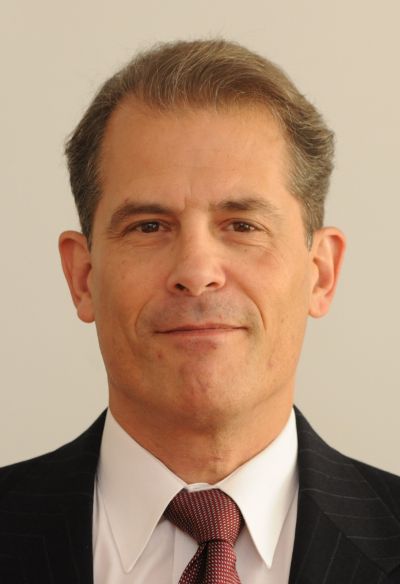 (Photo Credit: thenewsliteracyproject.org)
Jonathan Landay covers national security for Reuters. Today he co-authored an exclusive with David Brunnstrom, “ North Korea may be 'significantly' upping nuclear bomb output – report .” Landay previously served as the senior national security and intelligence correspondent at McClatchy. Landay’s reputation for quality journalism was secured ahead of the 2003 invasion of Iraq, an issue for which his reporting—and that of his Knight-Ridder colleague Warren Strobel—was a cut above the rest. 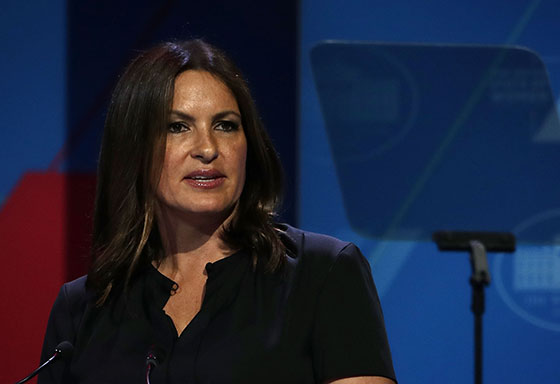 (Photo by Alex Wong/Getty Images.)
Actress Mariska Hargitay, founder & president of Joyful Heart Foundation, speaks during the White House Summit on the United States of Women on June 14, 2016. The White House today hosted the first ever summit to push for gender equality.

“ Why Microsoft wanted LinkedIn,” by the New Yorker’s Vauhini Vara.

CSIS’s Simon Chair in Political Economy and Japan Chair hosted “ Asia-Pacific Economic Integration and the Role of the United States and Japan.”

Join the Mercatus Center at George Mason University at the JW Marriott tomorrow at 6:00 p.m. for “ Conversations with Tyler: A Conversation with Cass Sunstein.”

NATO defense ministers formally recognized cyberspace as a domain of warfare today, as the Wall Street Journal’s Julian Barnes reports . In May, CSIS’s Strategic Technologies Program hosted an event on the US strategic posture in cyberspace. Watch “ Cybersecurity After Information Sharing ” On Demand.

Via Wired , “You may not use [the iPhone’s] 3D Touch much today, but after iOS 10 arrives this fall, you may wonder how you lived without it.”

“ Do you remember when we used to sing?”

Remember that trove of Van Morrison footage and music that I mentioned was going to be released last week? It happened.
And the world could use some more Van Morrison—I’m just sayin’…