The Colombian government reached an historic peace agreement with the FARC, a Marxist rebel insurgency that has been active for over 50 years. Nicholas Casey has the full story in today’s New York Times.

Dive Deeper: Who are the FARC, and what role has it played in Colombia’s recent history? The Council on Foreign Relations have this Backgrounder explaining it all.

Boko Haram leader Abubakar Shekau appeared in a new video yesterday to deny Nigerian military reports that he had been wounded, according to the AP . The group has been in a state of retreat following a counteroffensive by Nigerian government forces.

Dive Deeper: Just today, CSIS’s Jennifer Cooke and Tom Sanderson produced a report on violent extremism in the Sahel region and warned that chronic underdevelopment, political alienation, failed governance and corruption, organized crime, and spillover from Libya are all helping to foster and sustain violent extremists throughout the region.

CSIS on the Hill

CSIS president and CEO John Hamre and CSIS SVP and director of the Strategic Technologies Program James Lewis both testified in front of congressional committees today on the topic of space and how it relates to national security. You can read Dr. Hamre’s statement here and Dr. Lewis’s statement here.

The average cost incurred by migrants as they transit through Niger—which includes pay-offs for transport, safe-houses, falsified documents, and sea passage. Source: CSIS’s Thomas Sanderson and Jennifer Cooke’s new report, Militancy and the Arc of Instability: Violent Extremism in the Sahel.

“We are not well organized to deal with the new challenges we face in space. The old structure may have been sufficient when space was an uncontested area of operations. That time has passed.”

—CSIS’s President and CEO John J. Hamre testified before Congress today on the challenges we face in the national security space domain and how those challenges relate to the organization and management of the space mission. Watch his remarks here or read a transcript of his remarks here. 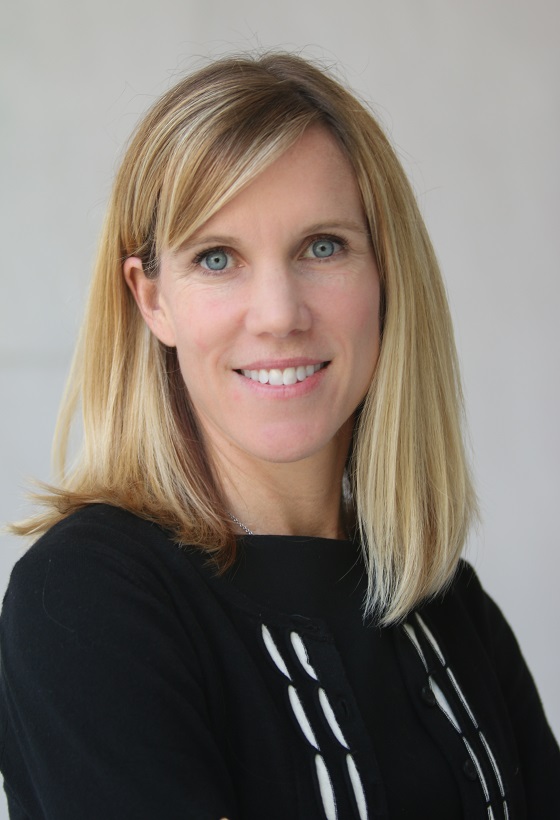 Andrea Kendall-Taylor is a deputy national intelligence officer for Russia and Eurasia at the National Intelligence Council (NIC). She is also a senior associate with CSIS’s Human Rights Initiative. Read her latest piece in Foreign Affairs, “The New Dictators: Why Personalism Rules.” 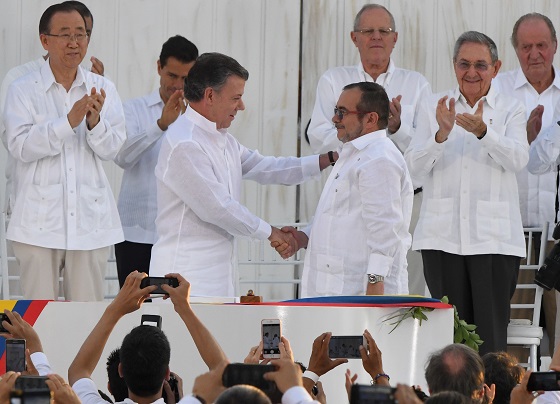 (Photo Credit: LUIS ACOSTA/AFP/Getty Images.)
Colombian president Juan Manuel Santos and the head of the FARC, Timoleon Jimenez, aka Timochenko, shake hands during the signing of the historic peace agreement between the Colombian government and the Revolutionary Armed Forces of Colombia (FARC), in Cartagena, Colombia.

CSIS’s Transnational Threats Project and Africa Program hosted the report launch of Militancy and the Arc of Instability: Violent Extremism in the Sahel.

CSIS’s Scholl Chair in International Business and Freeman Chair in China Studies at hosted a book launch of Developing China: The Remarkable Impact of Foreign Direct Investment by Michael Enright.

And CSIS hosted a book launch of Doomed to Cooperate:How American and Russian scientists joined forces to avert some of the greatest post-Cold War nuclear dangers by Dr. Siegfried Hecker.

Join CSIS’s Africa Program for the inaugural event of the new Spotlight on Africa conference series at 9:00 a.m. The series will start with South Africa and profile political and economic trends in some of the continent’s largest and most dynamic economies.

And join CSIS’s Energy and National Security Program at 10:00 a.m. for a book launch of LNG Markets in Transition: The Great Reconfiguration.

Join the Atlantic Council at 2:30 p.m. for “Countering Violent Extremism in Bangladesh.”

Bill Shorten, leader of the opposition in the Parliament of Australia, joined CSIS for a Global Leaders Forum in September. Shorten discussed inclusive growth in Australia’s foreign and economic policy, focusing on the shared opportunities and challenges for democracies in the Indo-Pacific region.

Via Nieman Lab: “With ‘vimages,’ the Economist is using Facebook to make low-budget video versions of its stories.”

We need an encore for the great Buckwheat Zydeco. One of the best places to see Buck was the New Orleans Jazz and Heritage Festival. Buck was a big deal everywhere he went. But at Jazz Fest he was one of the most important artists--always. Here's his final gig at Jazz Fest last spring. Such a joyful noise.