Vice President Mike Pence reassured Japan of the U.S. commitment to reining in North Korea’s nuclear and missile ambitions today, after warning that U.S. strikes in Syria and Afghanistan showed the strength of its resolve, as Reuters’ Roberta Rampton reports.

Pence told CNN today that North Korea is getting the message that it needs to walk away from its “reckless” nuclear activity.

Plus, see a new commentary by the Peterson Institute’s Marcus Noland and Kent Boydston, “China, Syria, North Korea, and the Trump Doctrine.”

French police foiled an attack during the presidential election with the arrest of two men in Marseille today. Explosives and weapons, including a machine gun and two hand guns, were found at the suspects’ flat in the southern city, as France 24 reports.

The New York Times’ Aurelien Breeden reports that Marine Le Pen, the far-right candidate, and Emmanuel Macron, an independent candidate, told Agence France-Presse that their campaigns had gotten warnings about the two men, including their photographs.

Prime Minister Theresa May of Britain today made a surprising announcement outside 10 Downing Street by demanding a snap general election on June 8 that she hopes will turn her party’s clear lead in the opinion polls into a healthy parliamentary majority and secure her vision for Brexit, as the Guardian’s Anushka Asthana and Peter Walker report.

The BBC has this explainer about the June 8 general election.

“Learn to love OCO. It has been the grease that smooths the mechanism of defense budgeting and allows agreements among the warring political factions. It’s ugly, it’s contrary to good budgeting practices, but it might work.” 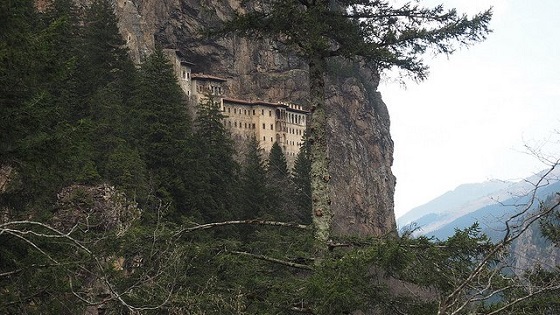 CSIS’s Reconnecting Asia Project is working in collaboration with the Silk Road Project, a team of three explorers sponsored by National Geographic’s Young Explorers Program, who are driving from Venice to Beijing this spring to retrace the Silk Road. This photo of a hanging monastery in Sumela, Turkey, was taken by the team as they traveled through Turkey for two weeks, heading eastward on their journey along the Silk Road. 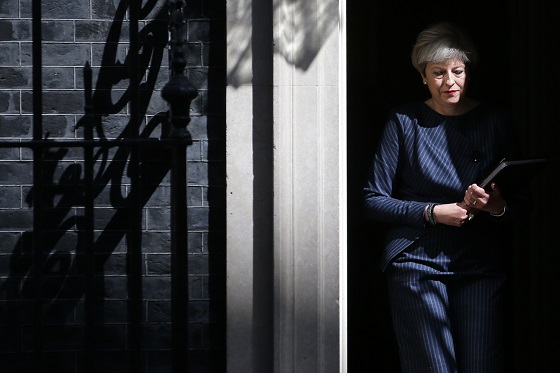 (Photo Credit: DANIEL LEAL-OLIVAS/AFP/Getty Images.)
Prime Minister Theresa May of Britain walks out of 10 Downing Street to speak to media today in London. May called today for an early general election on June 8 in a surprise announcement, as Britain prepares for delicate negotiations on leaving the European Union.

Join us at 8:30 a.m. for the third annual Global Development Forum, a half-day conference on the role and purpose of official development assistance held against a backdrop of rising incomes, economic growth, youth unemployment, and other continued complex challenges in many parts of the world.

Join the CSIS Africa Program at 4:00 p.m. for a discussion with Mahamudu Bawumia, vice president of the Republic of Ghana, and minister of finance Ken Ofori-Atta on the major political and economic trends in Ghana as the new government charts its course.

And join the Stimson Center at 9:00 a.m. for a conversation with Fareed Yasseen, ambassador of the Republic of Iraq, on “The Difficult Road Ahead: Stabilizing Iraq and the Gulf Region.”

On Monday, CSIS’s Scholl Chair in International Business hosted “A UK-U.S. Trade Partnership Post-Brexit,” featuring representatives of the Legatum Institute’s Special Trade Commission (STC), which seeks to present a road map for the many negotiations the UK faces in the wake of its decision to exit the EU.

The latest from Brookings’ 5 on 45 unpacks President Trump’s stance on NATO.

Formed in Los Angeles in the early 1980s, the Bangles became one of the decade’s most iconic bands. Their monster hits, “Walk Like an Egyptian” and “Manic Monday” proved to be captivating pop but it was the Bangles’ cover in ‘87 of Simon and Garfunkel’s “Hazy Shade of Winter” which set the group apart for me.

Featured in the soundtrack of the film adaptation of Brett Easton Ellis’ novel “Less Than Zero,” the Bangles’ “Hazy Shade of Winter” became a tone poem for a nihilistic Generation X. It’s raw, edgy guitars and hammering percussion juxtaposed against the Bangles sweet, sweeping vocals captured an undeniable California coolness. See here for yourself, it holds up rather well.