The Pentagon sent a warship through the South China Sea today in another operation meant to counter China’s territorial claims to artificial islands there, as the Wall Street Journal’s Gordon Lubold reports.

And, as the Washington Post’s Simon Denyer and Thomas Gibbons-Neff report, the presence of the USS William P. Lawrence, an Arleigh Burke-class guided missile destroyer (note: Admiral Arleigh Burke cofounded CSIS) prompted the Chinese military to scramble three fighter jets that monitored the destroyer, along with three Chinese ships, until the American vessel left the area.

And, CSIS’s Sarah Ladislaw was interviewed in depth by the NewsHour on Saudi Arabia’s new path .

Secretary of State John Kerry today told CNN’s Christiane Amanpour in an exclusive interview that Russia’s version of a political solution in Syria is “not necessarily a workable equation.”

By 2050, the ASEAN bloc of countries is expected to be the world’s fourth largest economic group. Source: A Rebalanced Transatlantic Policy Toward the Asia-Pacific Region .

“A quarter century of a shrinking military is over. It is time for the German armed forces to grow.” 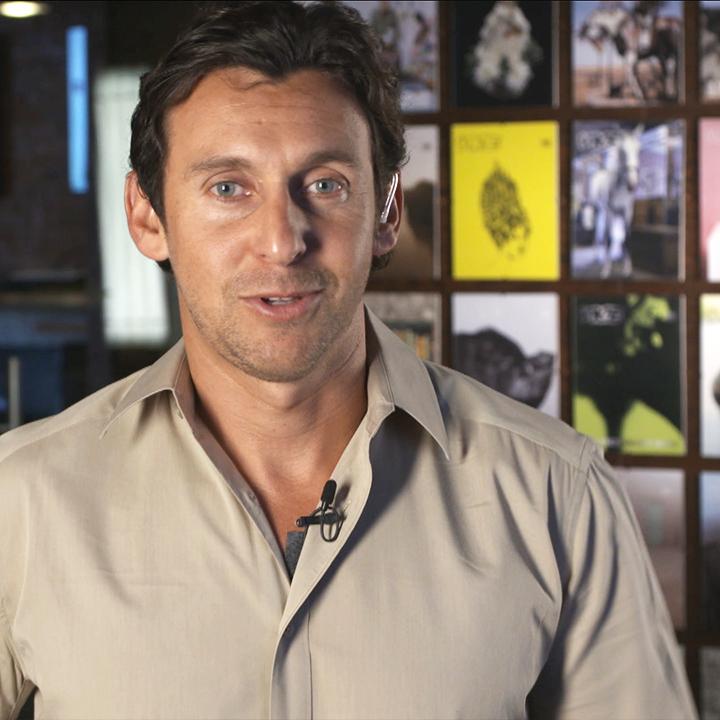 (Photo Credit: Vice News.)
Kaj Larsen (@kajlarsen) is a Vice News correspondent and producer. Kaj previously worked as a correspondent with CNN and is a former Navy SEAL. Kaj recently joined the 82nd Airborne on a training exercise, which you can watch in this fully-interactive 360 degree video . For embedded reporting from combat zones, Kaj is one to watch. 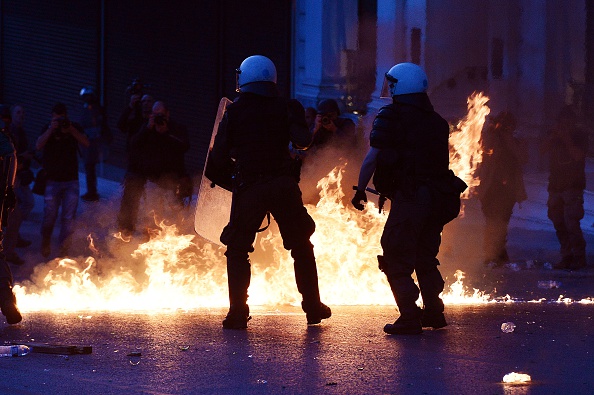 (Photo credit: LOUISA GOULIAMAKI/AFP/Getty Images.)
Greek riot police on Sunday fired tear gas to disperse demonstrators who threw Molotov cocktails during an anti-austerity protest outside the parliament in Athens, as lawmakers prepared to vote on a controversial tax and pensions overhaul.

“ From out of nowhere, the US Energy Department launches a great podcast ,” via the Verge.

CSIS’s International Security Program hosted “ The State of Defense Acquisition ,” with Frank Kendall, under secretary of defense for acquisition, technology, and logistics.

CSIS’s Freeman Chair in China Studies hosted for “ China’s Economy: Powerhouse, Menace, or the Next Japan .”

And we held our latest Schieffer Series, “ Breaking ISIL’s Brand,” with US under secretary of state for public diplomacy and public affairs Richard Stengel, CFR’s Farah Pandith, and the New York Times’s David Sanger.

Join CSIS’s Russia and Eurasia Program tomorrow at 10:00 a.m. for “ Continuity and Innovation in Russia's Way of War .”

At 3:30 p.m. tomorrow, CSIS’s China Power Project is hosting “ ChinaPower: Launch,” a discussion with Joseph S. Nye and David Shambaugh on the rise of Chinese power, its strengths and weaknesses, with a particular focus on China's soft power.

And tomorrow at 4:00 p.m., join CSIS’s Energy and National Security Program for “ The Role of Natural Gas in Low Carbon Pathways .”

Join the Wilson Center tomorrow at 10:00 a.m. for “ Who Watches the Watchmen? The New Intelligence Oversight .”

The latest episode of Foreign Policy’s The E.R. Podcast, “ Examining Sy-raq,” asks whether the worst is yet to come in Syria and Iraq.

I think album covers still matter. I know there is a renaissance going on with vinyl records that have actual album covers like in the old days—but that’s not what I’m talking about. To be sure, records are cool, and they sound great. But you can’t listen to them on the Red Line, in the car, walking down the street, at the gym, on the basketball court…so very few people collect them. So, I don’t think the vinyl renaissance is why album covers still matter.

Album covers to most people nowadays aren’t really thought of as album covers. But that’s exactly what you will see populating iTunes music and podcasts. Even though on our phones these album cover images are fractions of an inch, they are still compelling. I will click on a podcast or piece of music formerly known as an album if the cover image is interesting or well designed. Just like in the old days, they pique my interest—even in this mini visual format.

It turns out the music on the album is even better than the cover suggests. You can see the album cover in this clip as Stephen Colbert is holding it up (in vinyl form) and you can hear one of the best cuts on the record and watch Mould’s electric live performance on The Late Show. I think album covers still matter and I’m interested to know if you agree…