President Trump said today that this week’s devastating chemical weapons attack in Syria had changed his view of the brutal civil war in that country, though he declined to say how the United States would respond, as the New York Times’ Michael Shear and Peter Baker report.

The Times’ Somini Sengupta and Rick Gladstone report that US ambassador to the UN, Nikki Haley, said the US may “take our own action” on the Syrian chemical attack.

North Korea has made no secret of its desire to build an intercontinental ballistic missile, or ICBM, capable of reaching the continental United States, as the Washington Post’s Anna Fifield reports.

Dive Deeper: CSIS’s Beyond Parallel project has been predicting a spring season full of North Korean activity. March bore that prediction out already with four ballistic missile launches, one failed ballistic missile launch, and two rocket/missile engine tests. In its latest action, on April 5, North Korea fired a liquid-fueled, extended-range SCUD missile from a location near the eastern coastal city of Sinpo, which flew 37 miles into the East Sea. Beyond Parallel datasets and big data analytics powered by Predata indicate we can expect more North Korean activity throughout April. Our newest prediction released this afternoon indicates there is a 55% chance of North Korean missile tests taking place in the next 14 days. In the next 30 days, there is a 78% chance of North Korean missile tests.

Plus, see Tom Karako’s new commentary published this afternoon by Defense One, “US Missile Defenses Need Better Sensors, and Soon.”

As President Trump and President Xi Jinping of China meet this week for what White House officials are calling an introductory summit, the Wall Street Journal’s William Mauldin reports there is one issue where the US leader’s position will need no introduction: trade.

Dive Deeper: CSIS has compiled a collection of expert analyses in preparation for this week’s summit.

The percent increase in defense contract spending between 2015 and 2016—the first increase since 2008. Source: Defense Acquisition Trends, 2016: The End of the Contracting Drawdown by CSIS’s Defense-Industrial Initiatives Group (DIIG).

“The United States has not developed a clear strategy for bringing lasting stability to any of the countries where it is now fighting.” 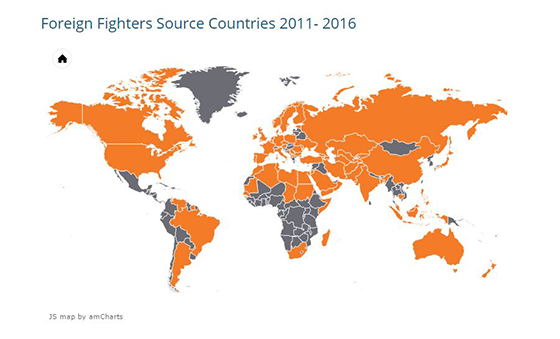 The CSIS Transnational Threats Project today launched “Foreign Fighters,” an interactive website that examines the global threat of volunteer fighters operating in and beyond Syria, Iraq, and Libya. 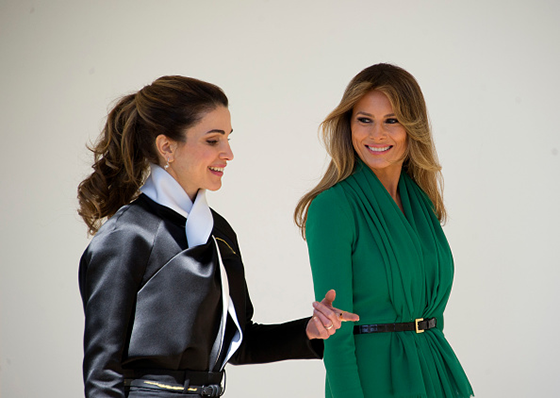 “Stanley McChrystal: Save PBS. It Makes Us Safer.”

And join Carnegie Endowment for International Peace at 8:30 a.m. for “Syria’s Trajectory and Challenges for the United States.”

I am a big fan of documentaries. Some, like Davis Guggenheim’s 2008 “It Might Get Loud,” are worth watching again and again over time.

“It Might Get Loud” is a homage to guitarists Jimmy Page, The Edge and Jack White and when I watched it again the other day, one amazing scene that I had forgotten about stood out. The scene features Page talking about how Link Wray had influenced him with his 1958 instrumental hit “Rumble.”

“Rumble” is indeed a revelation as Page explains. It’s really the beginning of the “power chord” and modern/heavy rock sound.

And, Link Wray himself is the personification of rock’s primal attitude. “Rumble” is such a provocative, dangerous sounding song that in ’58 it was banned in New York and Boston because authorities thought it might incite teenage gang violence—think the “Jets” and the “Sharks” on steroids, or if you’re of my generation, “The Warriors,” a 1979 cult classic that actually used “Rumble” for its soundtrack.

In watching this vintage clip of Link Wray performing, you can still feel the danger, and visualize the unbridled joy Wray had in his music—I love it as much as Jimmy Page does and am glad I watched “It Might Get Loud Again.”