It's Friday, April 7. The Evening CSIS will be “gone fishin’” next Monday and Tuesday, and will return on Wednesday, April 12.

Last night’s US military strike against Syria threatened Russian-American relations as the Kremlin denounced President Trump’s use of force and suspended an agreement to share information about air operations over the country that was devised to avoid accidental conflict, as the New York Times’ Neil MacFarquhar, Peter Baker and Michael Gordon report.

Syrian President Bashar al-Assad reacted with outrage today, calling the strikes an “unjust and arrogant aggression” that would only increase his government’s determination to “crush” militant groups in Syria, according to the state news agency, as the Washington Post’s Louisa Loveluck, Kareen Fahim and Heba Habib report.

The FT reports that Russia and the US have clashed at an emergency UN Security Council debate with US Ambassador Nikki Haley warning that the US is “prepared to do more” in Syria while suggesting that Moscow was either “knowingly” allowing chemical weapons to remain in Syria, “incompetent,” or being made “a fool” of by the Assad regime. Russia’s representative Vladimir Safronov, said the strikes could spark “extremely serious” consequences for regional and international stability.

Dive Deeper: See CSIS’ Anthony Cordesman’s new commentary: “The US Attacks on Syria: What Comes Next?”

For further reading, see what the experts at AEI are saying about last night’s strike.

And RAND’s “A Peace Plan for Syria III” by James Dobbins, Phillip Gordon, and Jeffrey Martini.

A stolen truck plowed into a department store Friday in central Stockholm, killing at least three people and touching off a major manhunt after what the country’s prime minister described as a likely terrorist attack. AP has the latest in this fast moving investigation.

The BBC has captured dramatic footage of people fleeing the scene of the truck crash.

“The things the United States must not do, however, is fail to follow up on one set of strikes, to retreat into tolerating Assad, or to go back to negotiations based on the hope Russia will somehow cease to use Syria as a lever against the United States without strong incentives to do so.” 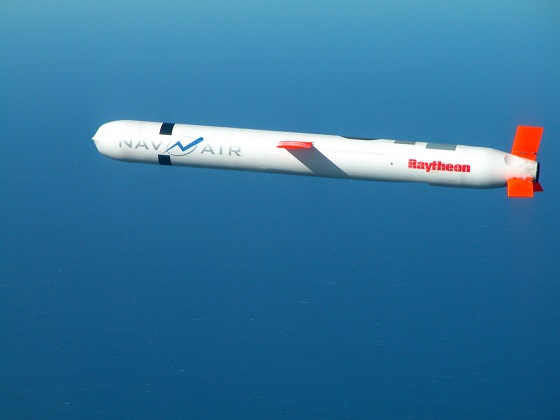 The CSIS Missile Threat micro website brings together a wide range of information and analyses relating to the proliferation of cruise and ballistic missiles around the world and the air and missile defense systems designed to defeat them. 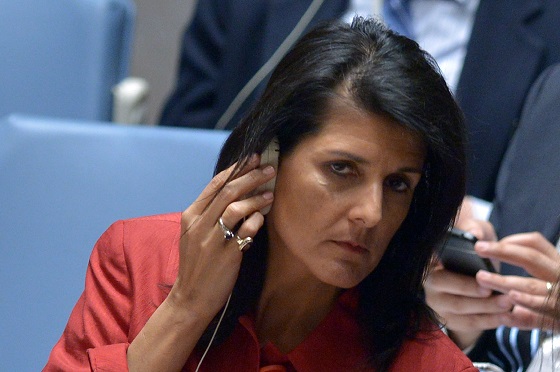 (Photo Credit: JEWEL SAMAD/AFP/Getty Images)
US Ambassador to the UN Nikki Haley listens during an United Nations Security Council meeting on Syria, today at the UN.

Walt Mossberg, a truly groundbreaking journalist, today announced he is retiring in his column for The Verge.

Join the Woodrow Wilson Center at 10:00 a.m. on a conversation with Chief Justice Cármen Lúcia of the Brazilian Supreme Court, to discuss his ongoing lecture series on the “Rule of Law in Brazil.”

Join CFR at 12:30 p.m. for a conversation on U.S. Security amid budget cuts with Senator Chris Murphy (D-CT).

And join CSIS on Tuesday, April 11 for the book launch of Dr. Michael J. Green’s By More Than Providence: Grand Strategy and American Power in the Asia Pacific Since 1783, featuring Kurt Campbell, Robert Zoellick, and James Rosen.

Without Link Wray (who we’ve been featuring this week) there might not have been a Jimmy Page. You can see in this clip that Page learned a thing or two about “power chords” and stage presence and attitude from Wray. There’s a continuum in rock ‘n’ roll that is both undeniable and an incredible smile.