Senior officials from India and Pakistan gave no clear idea of when their countries will resume a peace dialogue, but foreign secretaries from both nations met today in New Delhi and agreed on ideas to move dialogue forward—no small development among two nuclear armed neighbors who have fought three wars since 1947, as the New York Times’s Hari Kumar and Geeta Anand report.

Plus, CFR’s interactive Crisis Guide on Pakistan is an excellent resource.

South Korea is ramping up its rhetorical battle against North Korea, breaking old taboos against publicly discussing the regime’s instability that were intended to avoid raising cross-border tensions, as the Wall Street Journal’s Alastair Gale reports.

Dive Deeper: CSIS hosted a Track 1.5 dialogue regarding US-ROK-China cooperation and coordination on the Korean Peninsula last week and CSIS’s Korea Chair has produced a summary of the dialogue.

The number of countries with excessive maritime claims that DoD actively challenged in 2015. Source: DoD Freedom of Navigation Report.

“The real challenge to defense acquisition, the enemy in whose service cost growth was only ever a minion, is the rapid erosion of the technological advantage upon which US national security strategy depends.”

—Andrew Hunter, director of CSIS’s Defense-Industrial Initiatives Group, in “ The US Needs More Weapons That Can Be Quickly and Easily Modified ” in Defense One today. 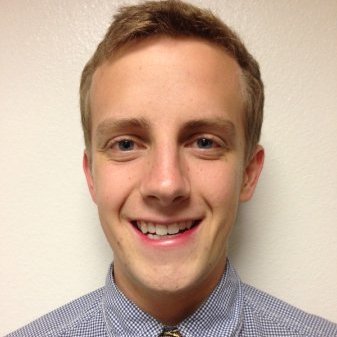 Henry Johnson (@HenryJohnsoon) is an editorial fellow at Foreign Policy. Henry is one to watch for the latest news on the Middle East, terrorism, and foreign policy.

This weekend France 24 released footage of US special forces personnel operating in Syria—the Washington Post’s Thomas Gibbons-Neff analyzed the footage and published a breakdown of their equipment.

CSIS’s Energy and National Security Program hosted “ US Energy Policy in the 2016 Elections and Beyond: Incremental or Transformational? ”

Via CSIS’s ChinaPower micro-website, Joe Nye answers “ What is Power?”

Today the Financial Times released “ When a country goes bankrupt,” the first episode of a four-part series on sovereign bankruptcy.

There aren’t enough encores for Prince. If you haven’t seen his impromptu live performance at Saturday Night Live’s 40th Anniversary after-party last year, you are in for a treat.

Former SNL cast member Tim Kazurinsky recently posted this video on YouTube. He filmed Prince’s jam with a mobile phone while standing on his tip-toes. You may recognize some of the people on stage with Prince as he launches into a supersonic, hard rocking rendition of his classic “Let’s Go Crazy.”

Please forgive Maya Rudolph for her language, and enjoy Prince’s gift to SNL as he delivers an appropriate one liner parodying his song’s lyrics which clearly describe the mind-set of those surrounding him. As a unique musical moment, this performance tops the charts.