The Evening CSIS: At War with ISIS, Just a Drill, Estimated Prophet & More

NOTE: The Evening CSIS will be “gone fishin’” until Wednesday, August 3. Wishing everyone smiles.

Russia and Syria have said they are opening humanitarian corridors out of besieged, rebel-held areas in the northern Syrian city of Aleppo. But NPR has reached civilians in the embattled city who turned back for fear of the ongoing shelling, as NPR’s Merrit Kennedy reports .

The Associated Press has the latest on this story.

At War with ISIS

With Germany stunned by a series of bloody attacks, Chancellor Angela Merkel called today for an “early warning system” to detect radicalization among asylum seekers, even as she insisted that the nation still has a moral duty to offer sanctuary to those fleeing war, as the Washington Post’s Anthony Faiola reports .

Dive Deeper: CSIS’s Anthony Cordesman authored a new commentary yesterday, “ Terrorism: The Thing We Have to Fear the Most Is Fear Itself .”

And, the CSIS China Power project unpacks the complexity of China’s military with this interactive website.

The amount of digital intelligence that US-backed Syrian Kurdish and Arab militias have collected in recent weeks while fighting in northern Syria, along with 10,000 documents.
Source: New York Times. 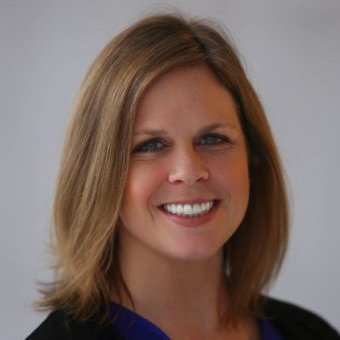 Kashmiri protestors clash with Indian security forces in downtown Srinagar today. Indian Kashmir has been tense following the death of popular rebel commander Burhan Wani in a gunfight with security forces on July 8, and at least 49 people have been killed in clashes as the valley faces its worst unrest since 2010.

Published earlier this week, “ The Next European Financial Capital: London ,” by Simeon Djankov of the Peterson Institute for International Economics.

At 11:00 a.m., the Bipartisan Policy Center will host “ Stalemate: Response to the Zika Virus ,” featuring Anthony S. Fauci, director of the National Institute of Allergy and Infectious Diseases.

And join the Hudson Institute at 12 p.m. for “ South Africa: Growth, Jobs, and the Future of Democracy ,” featuring Ann Bernstein, director of South Africa’s Centre for Development and Enterprise.

Fascinating discussions going on in Aspen at the Aspen Institute’s annual Security Forum. You can watch them live and on demand .

“Inspiration, move me brightly. Light the song with sense and color; Hold away despair, more than this I will not ask. Faced with mysteries dark and vast, statements just seem vain at last. Some rise, some fall, some climb, to get to terrapin.”

This smile is for my friend Hunter. Filmed brilliantly in Radio City Music Hall in October 1980, this is one of the sweetest clips of the Grateful Dead I have ever seen. There are smiles all around as the band performs “Estimated Prophet” and “Terrapin Station.”