Secretary of State John Kerry launched a blistering attack on Russia today during a public session of the UN Security Council for its actions in Syria, pointing to the bombing of a UN aid convoy that left more than 20 dead and its inability to stop continued Syrian air attacks. Just before Kerry spoke, Foreign Minister Sergei Lavrov of Russia declined responsibility for the attack, as the Los Angeles Times’ Laura King and Bill Hennigan report.

And, the Daily Beast’s Pierre Vaux posted an article late this afternoon: “This Is How Russia Bombed the UN Convoy.”

Meanwhile, as CNN reports, Russia announced that it is sending its only aircraft carrier to waters off Syria’s coast.

The US has begun unblocking deals by Western corporate giants to sell jetliners to Iran in a move likely to ease complaints from Tehran over implementation of last year’s sanctions deal, but test conservative opposition to the deals in both nations.

As Reuters reports , Europe’s Airbus said today it had received US Treasury approval to begin exporting jets to Iran, under a deal for more than 100 jets struck in January. Hours later, its US rival, Boeing, which had been behind Airbus in the line for permits because its matching deal for over 100 jets came six months later, said it had received a sales license and remained in talks with IranAir.

Dive Deeper: CSIS’s Proliferation Prevention Program has produced an interactive timeline that depicts the complicated process that is the “Joint Comprehensive Plan of Action” (JCPOA) with Iran.

Stand Pat or Rise Up?

The Fed left short-term interest rates unchanged at its policy meeting today, what economists are calling one of the most divisive FOMC meetings in recent memory. The Fed said the case for an increase in rates later this year has strengthened. During her press conference, Chairwoman Janet Yellen rejected charges the central bank is politically compromised, as the Wall Street Journal reports.

US stocks rose after the Fed decision.

Dive Deeper: The Economic Policy Institute’s Josh Bivens wrote yesterday, ahead of the Fed’s decision, that “raising rates, even a little, will slow the economy and slow progress in reducing unemployment.”

“It is easy to argue that the Middle East suffers from too much instability right now. But at the same time, too much stability in the region is perilous as well. As commodity pricing, demographics, and communications technology all change conditions in the region, governments and societies must find a way to be agile, not merely solid.”

—CSIS’s Jon B. Alterman in “Middle East Notes and Comment: In Praise of Failure.” 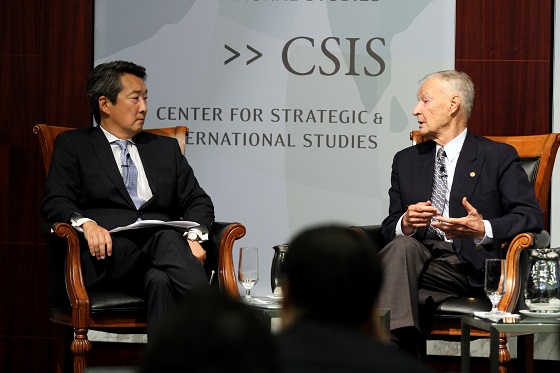 Victor Cha (@VictorDCha) is a CSIS senior adviser and holds the CSIS Korea Chair. Victor previously served as the director for Asian affairs at the White House on the National Security Council. Today Victor did a Reddit Ask Me Anything (AMA), which you can view here. 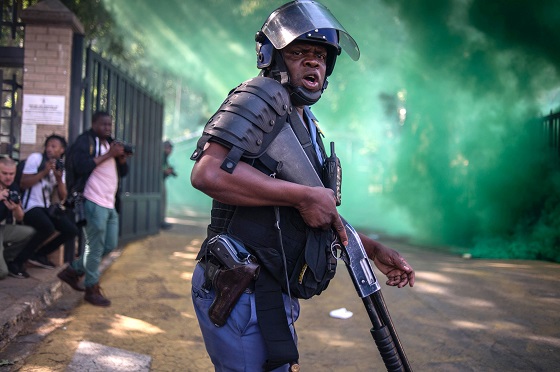 “The Rise of the Superstars: A small group of giant companies—some old, some new—are once again dominating the global economy” via the Economist.

Join CSIS’s Global Food Security Project at 3:00 p.m. for “Water for Food Security: A Vital Resource to Feed the Planet.”

And join Georgetown University at 12:00 p.m. for “U.S.-Russia Cooperation to Eliminate Syria’s Chemical Weapons, 2013: Resolving an Arms Control Crisis in the Shadow of War.”

The Washington Post has created a superb interactive that allows viewers to tour the new National Museum of African American History and Culture.

I’m so glad that many of you enjoyed Doyle Bramhall II’s new music.

I mentioned yesterday that Bramhall II is Eric Clapton’s sideman. NBC’s Josh Meyer (author of one of the best books on terrorism, The Hunt for KSM) correctly pointed out to me that Bramhall’s work with Derek Trucks and the Tedeschi-Trucks Band is also out of this world.

Like Bramhall II, Derek Trucks is one of the world’s top guitar players and is kin to southern rock royalty—Derek’s uncle Butch Trucks is a founding member of The Allman Brothers Band.

Performing together, Clapton, Bramhall II and Trucks are a blues power to behold.