Britain’s domestic intelligence agency MI5 has embarked on an internal review of whether it could have stopped the Westminster attacker, Khalid Masood. The agency had investigated Masood in the past in relation to concerns about violent extremism, but he had since dropped off its radar, as the Guardian’s Ewen MacAskill and Vikram Dodd report.

Dive Deeper: See the CSIS Commission for Countering Violent Extremism’s recommendations on how to effectively combat the growing appeal of violent extremism within the United States and abroad.

And, from RAND’s Brian Michael Jenkins: “Taking the ‘Terror’ Out of Terrorism Requires Outsmarting Fear.”

Bulgarian officials say a former Russian spy advised a pro-Moscow party on how to manipulate voters as part of the Kremlin’s effort to regain influence in Eastern Europe, as the Wall Street Journal’s Joe Parkinson and Georgi Kantchev report.

The number of Iraqi civilians that are trapped in the Islamic State-held Old City of western Mosul, per the UNHCR. Source: Reuters.

“Xi’s ongoing military reforms provide an opportunity to lay the groundwork for greater transparency about not only China’s defense budget, but its broader military intentions in the future.” 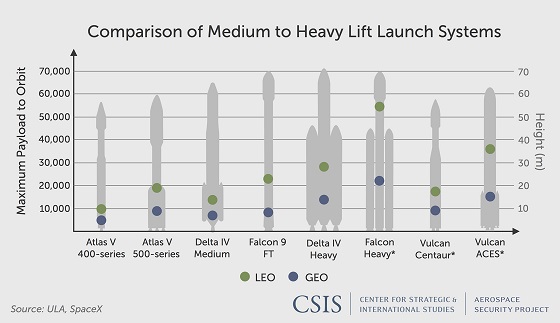 A new report from the CSIS Aerospace Security Project, Beyond the RD-180, explores how the United States came to depend on the Russian RD-180 rocket engine, realistic options for the engine’s replacement in the coming decade, and potential launch strategies for the next decade. 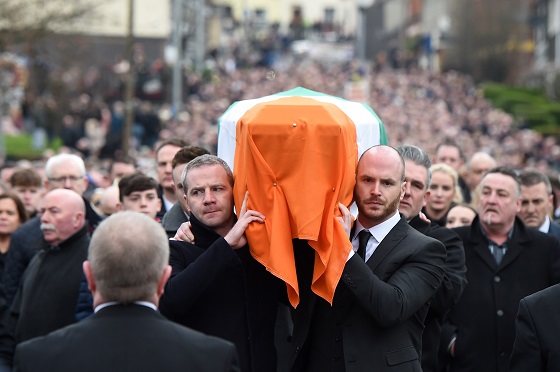 (Photo Credit: Charles McQuillan/Getty Images)
The coffin of the late Martin McGuinness is carried as the funeral cortege passes through the streets of Derry today in Northern Ireland.

“China Bets on Sensitive US Start-Ups, Worrying the Pentagon,” by the New York Times’ Paul Mozur and Jane Perlez.

Join CSIS and the Japan Institute of International Affairs for the 2017 U.S.-Japan Security Seminar at 9:00 a.m.

And join Brookings at 10:00 a.m. for a discussion of skills development in Latin America.

The FT’s World Weekly with Gideon Rachman unpacks the rise of the right in Europe in “Populism and politics in Europe.”

And join CSIS for the launch of Gideon's new book, Easternization: Asia's Rise and America's Decline on April 5 at 5:30 p.m.

For many, myself included, Chuck Berry’s passing has encouraged reflection on rock ‘n’ roll and its purest practitioners. There’s talk this week about how Berry influenced the Rolling Stones, among other rebellious rockers. It’s hard not to talk about the Stones when thinking about Berry. They harnessed the energy and passion that Berry brought to his music and popularized it in an authentic manner.

Clips like this one of the Stones covering Berry in a small venue in Chicago underscore the homage they have paid to him throughout their career.