In a development that can only heighten the distrust between American and Russian authorities on cybersecurity, the Justice Department today charged two Russian intelligence officers with directing a sweeping criminal conspiracy that broke into 500 million Yahoo accounts in 2014, as the New York Times’ Vindu Goel and Eric Lichtblau report.

Dive Deeper: Thomas Bossert, assistant to the president for homeland security and counterterrorism, spoke today at CSIS’s Cyber Disrupt 2017 summit. A full transcript of his remarks are available.

Dutch prime minister Mark Rutte’s center-right VVD Party remained the biggest in parliament after an election today with 31 of the 150 seats, the first exit poll said, roundly beating the anti-Islam Geert Wilders. As the Los Angeles Times’ Christina Boyle reports, the election is being seen as a key barometer of the political mood in Europe and strength of the far right.

The Washington Post’s Michael Birnbaum has more on the latest exit polls from the Dutch election.

Chinese premier Li Keqiang cautioned the US against starting a trade war and positioned Beijing as a leading proponent of globalization at a press conference today, underscoring the extent to which Donald Trump’s presidency has pushed the country into a global leadership role, as the Los Angeles Times’ Jonathan Kaiman and Jessica Meyers report.

Plus, Reuters reports that Li said that China hopes to maintain peace and stability in the South China Sea by pushing forward with negotiations for a code of conduct for rival claimants in the disputed waters.

And, as the Wall Street Journal’s Chun Han Wong reports, Li’s political fate is uncertain, as the ruling Communist Party prepares for a leadership shuffle this fall.

Dive Deeper: See CSIS’s interactive micro-website, the Asia Maritime Transparency Initiative, for all the latest analysis and images of activities in the South China Sea.

Prime Minister Narendra Modi’s status as the dominant figure of contemporary Indian politics was confirmed by the weekend results of state elections, particularly those of Uttar Pradesh, the country’s most populous state, with more than 200 million people, as the Financial Times’ Amy Kazmin today reports.

Plus, CFR’s Alyssa Ayres has a new commentary this week: “The BJP’s Big Win and the New India.”

The amount of money that China invested in the Middle East between 2010 and 2016. Source: CSIS’s Jon B. Alterman’s new report, The Other Side of the World: China, the United States, and the Struggle for Middle East Security.

“The likelihood of an orchestrated smooth, gradual, and sustained price rise is unlikely to be in the offing, making OPEC and global producers’ individual and collective decisions in the coming weeks and months even more challenging.” 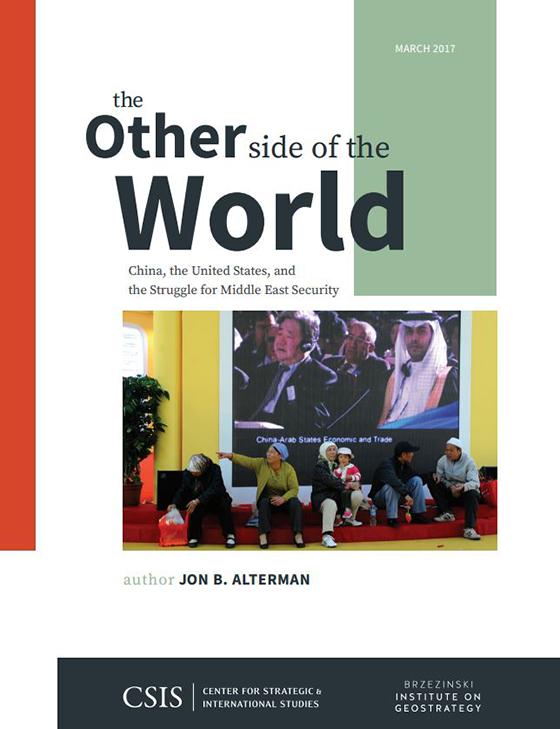 In a new CSIS Brzezinski Institute report, The Other Side of the World: China, the United States, and the Struggle for Middle East Security, Jon Alterman considers the ways in which the US and Chinese governments have approached the Middle East and the Asian space leading to it. 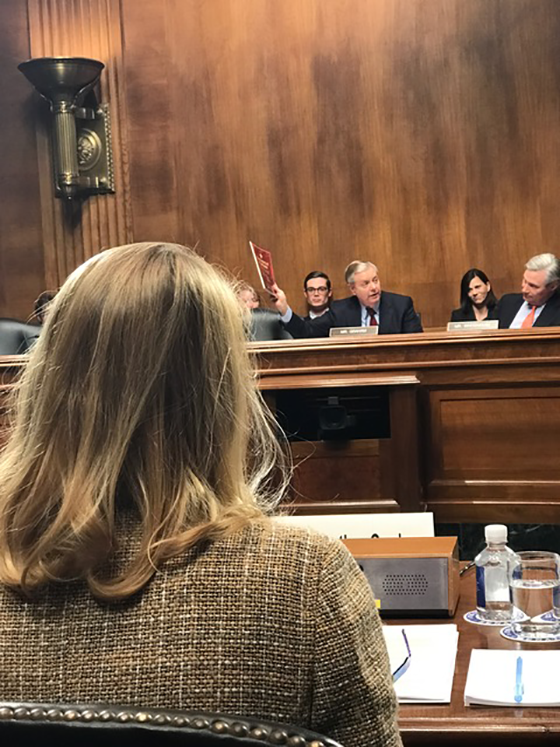 Today, Senator Lindsey Graham (R-SC) held up a copy of The Kremlin Playbook, a report by CSIS’s Heather Conley, during a Senate Judiciary Committee hearing on Russian interference in democracies. The full report can be downloaded here.

“Steve Bannon and the Making of an Economic Nationalist” by the Wall Street Journal’s Michael Bender.

Join Atlantic Council at 9:00 a.m. for “America’s Role in the World: Congress and US Foreign Policy” with Rep. Brad Wenstrup (R-OH) and Rep. Seth Moulton (D-MA).

Join Wilson Center at 10:00 a.m. for a discussion of the historical roots of Chinese foreign policy.

And join AEI at 2:00 p.m. for a seminar that considers how the new US administration might try to reset US-Chinese economic relations, and how the Chinese government might respond.

Today, CSIS hosted “Cyber Disrupt 2017,” featuring a keynote discussion with Thomas Bossert, assistant to the president for homeland security and counterterrorism, and a series of panel discussions on strategies, policies, and technology practices for Congress and the administration that will be disruptive to the current status quo and improve cybersecurity. You can read a transcript of Thomas Bossert’s remarks here.

Last week, CSIS’s Beverly Kirk joined the American Security Project podcast to discuss the different ways to amplify the voices of women in the fields of national security, foreign policy, and international business. Kirk is a fellow and deputy director for outreach of CSIS’s International Security Program and program manager of the CSIS Smart Women, Smart Power Initiative.

It’s still cold in Washington and throughout the Northeast corridor. It’s the perfect time to play a bit more of Bob Marley live.

If you read Monday’s smiles, I wrote about Marley and photographer Kate Simon who captured him in a way no other visual artist has.

Except that there is film captured of Marley from a concert in Boston in 1978 that is on par with Simon’s work. The film was released two years ago in honor of what would have been Marley’s 70th birthday. It was shot by an audience member who was allowed to sit in the front of the stage with a hand held camera.

This clip of Marley performing “Exodus” is unlike any other footage that exists of the reggae shaman.