The Trump administration is re-imposing limits on the amount of money Cuban Americans can send to relatives on the island and ordering new restrictions on U.S. citizen, nonfamily travel to Cuba, national security adviser John Bolton said Wednesday, as the Washington Post’s Karen DeYoung reports.

In addition, as The Hill’s Jordan Fabian reports, the Trump administration announced Wednesday it will allow U.S. citizens to sue foreign businesses using property seized during the 1959 Cuban revolution, reversing two decades of policy as it escalates pressure on the communist island nation.

North Korea is signaling a firmer stance toward the U.S. following the breakdown of denuclearization talks, with leader Kim Jong Un visiting a military unit for the first time this year and directing pilots in combat maneuvers as the WSJ’s Timothy W. Martin and Dasl Yoon report.

And, as Reuters David Brunnstrom reports, satellite images from last week and analysis by CSIS show movement at North Korea’s main nuclear site that could be associated with the reprocessing of radioactive material into bomb fuel.

Turkey’s central bank has bolstered its foreign currency reserves with billions of dollars of short-term borrowed money, raising fears among analysts and investors that the country is overstating its ability to defend itself in a fresh lira crisis, as the FT’s Laura Pitel and Adam Samson report.

For U.S. refiners, imports of Venezuelan crude have fallen from over 600,000 barrels per day last summer to zero last month.

“We Cubans do not surrender.” 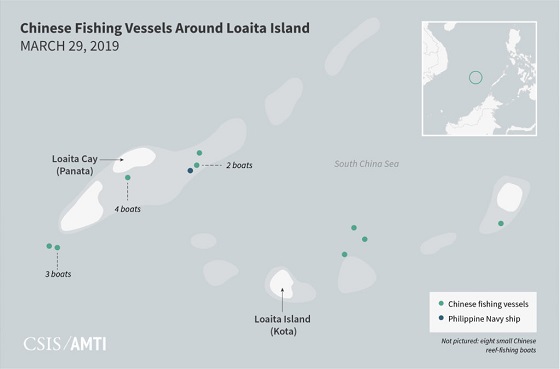 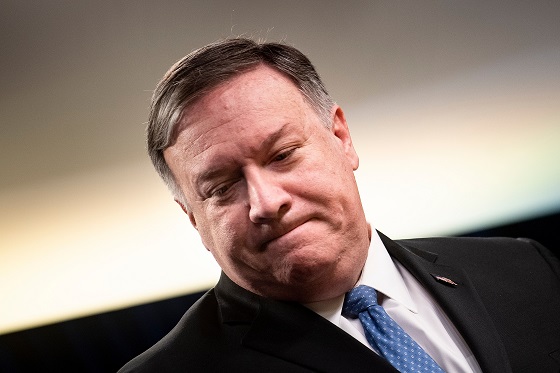 (Photo credit: Brendan Smialowski/AFP/Getty Images). Secretary of State Mike Pompeo makes a statement about Cuba to reporters in the briefing room of the State Department today.

At 10:00 a.m., join CSIS for an expert discussion on the outcome of the Indonesian elections, and what those results mean for Indonesian politics, economic policy, and foreign relations.

And at 2:30 p.m., stay at CSIS to discover more about the U.S.-Australian partnership. A panel of CSIS and outside experts will identify opportunities for economic cooperation between the U.S. and Australia in the Indo-Pacific region.

Last week, Sarah Ladislaw, director and senior fellow of the Energy and National Security Program at CSIS, testified before the Senate Energy and Natural Resources Committee. She summarizes her testimony on harnessing clean energy innovation to address climate change in the latest installment of CSIS’s “Testify” series. Watch the full video here.

I’m fascinated by the sound that Bob Dylan and producer Daniel Lanois created for the Grammy Award winning Album of the Year (1998) “Time Out of Mind.” It doesn’t sound like anything Dylan ever recorded before or since. I’ve been listening to it over the past week.

Of “Time Out of Mind,” Dylan said that Buddy Holly “was with us all the time we were making this record in some kind of way.” And he told Lanios to listen to the early blues of Charley Patton, Little Walter and Little Willie John to prepare for the recording sessions.

And then there were the musicians that played on the record. Lanois himself deploying his signature haunting, atmospheric sounds; the legendary Memphis pianist Jim Dickinson; Nashville guitarists Cindy Cashdollar and Duke Robillard. Plus Dylan’s longtime drummer Jim Keltner and his regular touring band.

Like so much of Dylan’s work it’s best to let it just wash over you and not try to overanalyze it too much. That’s exactly what I’ve been doing. This track, “Cold Irons Bound” won Dylan the 1998 Grammy for best male rock vocal performance.