The Evening: D-Day at 75, Mexico, Reuben and Cherise and More

President Trump, French President Emmanuel Macron, and other world leaders marked the 75th anniversary of the Normandy invasion that helped liberate Europe from Nazi Germany and set the foundation for the modern transatlantic alliance, as the Washington Post’s Anne Gearan, Toluse Olorunnipa, and James McAuley report.

President Trump said progress was being made in border-security talks between Mexican and U.S. officials, but warned that Mexico must “step up to the plate” if it wants to head off tariffs planned for next week on $350 billion in imports. A second day of talks continued in Washington today, as the WSJ’s Michael Bender and Josh Zumbrun report.

The Post reports that U.S. and Mexican officials are discussing the outlines of a deal that would dramatically increase Mexico’s immigration enforcement efforts and give the United States far more latitude to deport Central Americans seeking asylum.

Iran Failing as a Nation, but the U.S. Could Turn That Around

Iran is failing as a nation after Washington imposed powerful sanctions last year, President Trump said on Thursday, adding that he could turn that around very quickly in talks with the leadership in Tehran, as Reuters’ Steve Holland and Marine Pennetier report.

The OPEC+ deal has not prevented Russian oil production from growing. Despite signing onto to the pact two and a half years ago, Russia has still managed to increase its output year over year, reaching an all-time high of 11.5 million barrels per day (b/d) in 2018.

“When I became president, Iran was a true state of terror. They still are and were undisputed champions of terror.” 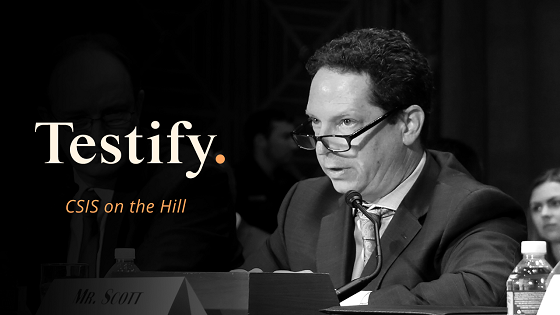 Scott Kennedy, senior adviser of the Freeman Chair in China Studies and director of Project on Chinese Business and Political Economy at CSIS, discusses his testimony covering China and technology issues before the U.S. Senate Committee on Banking, Housing, and Urban Affairs. 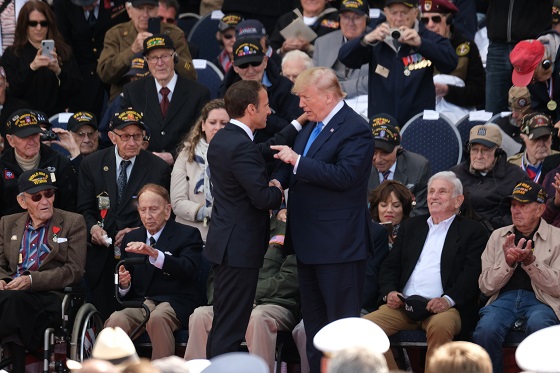 At 2:00 p.m. on Monday, June 10, join CSIS for a discussion with House Armed Services Committee Chairman Adam Smith on U.S. national security challenges in advance of the markup of the FY2020 National Defense Authorization Act.

Later, at 5:00 p.m., CSIS will host Sheila A. Smith, senior fellow for Japan studies at the Council on Foreign Relations, for a discussion on her new book, Japan Rearmed: The Politics of Military Power.

And, at 3:30 p.m., the Stimson Center will hold a discussion on the challenges posed by the U.S. approach to airstrikes in Somalia and around the world, and the impact of these operations on standards for transparency and accountability.

In the latest episode of Smart Women, Smart Power, Katie Kaufman, managing director for global women’s issues at the Overseas Private Investment Corporation (OPIC), spoke with host Beverly Kirk about the 2X Women’s Initiative and why investing in women entrepreneurs is profitable

I can’t resist this one. Today the Grateful Dead published a video of the final time the band played “Reuben and Cherise” live which was a rare occurrence to begin with. I hope you enjoy this clip filmed on June 9, 1991 as much as I do.