Expelled from the UK

Prime Minister Theresa May of Britain expelled 23 Russian diplomats on Wednesday over the poisoning of a former Russian spy on British soil, raising tensions between the two countries to a level not seen since the heights of the Cold War, as the New York Times reports.

“We consider this hostile action as totally unacceptable, unjustified and short-sighted,” the Russian embassy said in a statement in reaction to the expulsion, as Reuters reports.

Meanwhile, U.S. Ambassador to the UN Nikki Haley said the United States blamed Russia for the attempted killing of a former Russian military-intelligence agent in the UK, as Business Insider reports.

Dive Deeper: “The Skripal Attack Is a Test for the UK,” by Chatham House’s John Lough and James Sherr.

Philippine President Rodrigo Duterte, whose war on drugs has resulted in the deaths of over 12,000 people allegedly using and dealing drugs, has announced that the country will withdraw from the establishing treaty of the International Criminal Court, as NPR reports.

The move comes about a month after the ICC opened a preliminary examination into thousands of deaths linked to his violent campaign against suspected drug users and dealers, as the Washington Post reports.

President Donald Trump indicated Tuesday he could support creating a new branch of the military to oversee all space activities, contradicting Pentagon brass and his own Air Force secretary who have opposed the idea, as the Wall Street Journal reports.

When China opened four new aviation routes over the Taiwan Strait last month, Taiwan protested, calling it a unilateral and destabilizing violation of a previous cross-strait agreement, as the Taipei Times reports.

The route, now fully operation, offer insights into the messy nature of air traffic in Asia, and the often-overlooked difficulties Taiwan faces due to its exclusion from most international organizations. A new interactive feature from CSIS’s AMTI microsite explains the new routes and the potential dangers they pose.

Angela Merkel has been elected to her fourth term as German Chancellor.
Source: DW.

“I want to show that people need not be limited by physical handicaps as long as they are not disabled in spirit.” 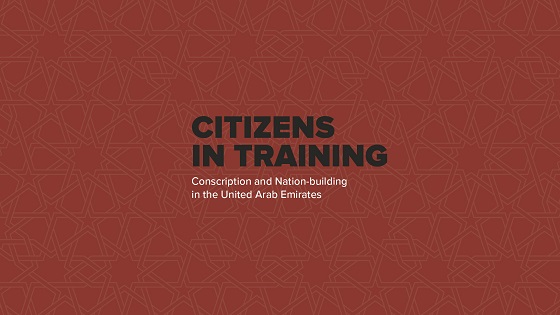 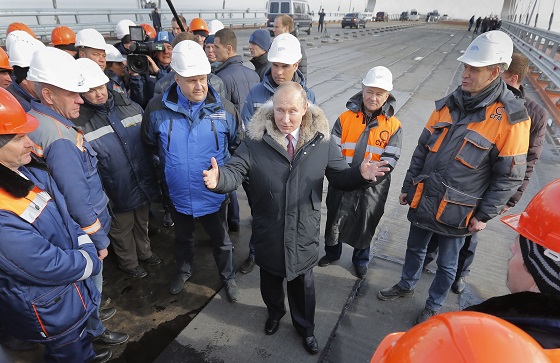 “Journalists and tech companies are teaming up to fight fake news about the Mexican election,” by Daniel Funke for the Poynter Institute.

Join CSIS at 9:00 a.m. for a conversation on China’s annual legislative session, focusing on changes made to China’s constitution, major personnel appointments, and announcements on key domestic and foreign policies.

At 1:30 p.m., join CSIS for a panel discussion with leading historians and military experts to discuss the legacy of the My Lai tragedy.

And, at 4:00 p.m., join New America for the release of No Turning Back, a book on the tangle of ideologies and allegiances that have come to define the Syrian disaster.

CSIS launched a new podcast mini-series, “Citizens in Training: Conscription and Nation-building in the United Arab Emirates.” In the first episode, CSIS’s Jon Alterman and Margo Balboni discuss the questions driving their exploration of the UAE military draft, and preview the conversations in forthcoming episodes.

Every once in a while a bit of archival footage suddenly becomes available that fills in some of the gaps as to how rock and roll music developed. This week, a new clip from Doug Sahm and his band Sir Douglas Quintet did just that.

For those of you who aren’t familiar with Sahm or his band, you are not alone—he was a somewhat obscure artist who died in 1999, yet one that Rolling Stone refers to as the 60th greatest country music artist of all time. With Sir Douglas Quintet he fused Texas country with psychedelic San Francisco rock and soul. This clip is from a 1981 Austin City Limits session. I’m a fan.