The United States is poring over video recorded during the Special Operations raid that led to the death of Islamic State leader Abu Bakr al-Baghdadi and other information that “needs to be exploited properly for any follow-on missions that we may choose to do,” Army Gen. Mark A. Milley, chairman of the Joint Chiefs of Staff said today at the Pentagon, as the Washington Post’s Dan Lamothe reports.

Dive Deeper : “Baghdadi Leaves Behind a Global ISIS Threat,” by the Institute for the Study of War’s Jennifer Cafarella and Brandon Wallace with Caitlin Forrest.

Kurdish YPG forces have not fully withdrawn from a strip of northeastern Syria under a Russia-brokered accord that is about to expire, Turkey’s foreign minister said on Monday, as Ankara prepared to discuss its next steps with Moscow, Reuters’ Ece Toksabay and Jonathan Spicer report.

British lawmakers blocked Prime Minister Boris Johnson’s plan for an early election, but a national ballot this year remained in the cards as opposition parties sought an alternative route to end the Brexit stalemate, as the WSJ’s Max Colchester and Jason Douglas report.

The ISIS global organization at the time of Baghdadi’s death includes 14 active provinces in 20 countries, all of which publicly renewed their pledges of allegiance to him after his April 2019 video.

Source: Institute for the Study of War 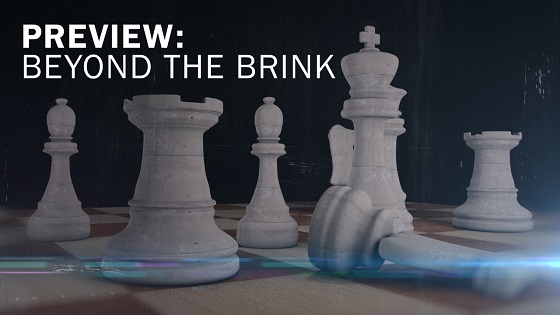 As rumors of economic decoupling between the U.S. and China grow, CSIS's Simon Chair examines how an economic conflict between the United States and China could escalate and eventually de-escalate. 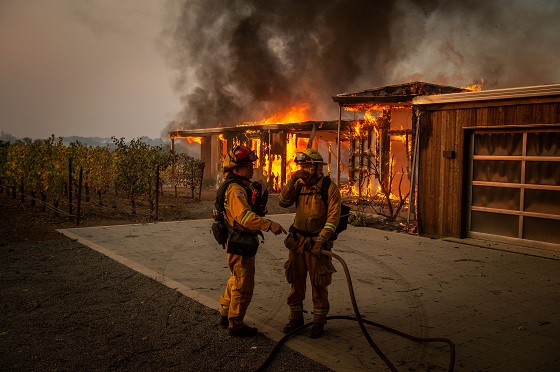 (Photo credit: Josh Edelson/AFP/Getty Images). Firefighters discuss how to approach the scene as a home burns near grape vines during the Kincade fire in Healdsburg, California.

At 9:00 a.m., CSIS’s Global Food Security Project in collaboration with FAO of the United Nations, Liaison Office for North America will hold a discussion on the key findings of FAO’s report titled, State of Food and Agriculture Report 2019: Moving Forward on Food Loss and Waste Reduction.

Also, at 2:00 p.m., CSIS will host an event exploring the relationship between U.S. and Chinese technological innovations with an emphasis on the creation of a fairer relationship without the stifling of American innovation.

Later, at 3:00 p.m., CSIS expert Todd Harrison and a panel of guest will present their findings and expert opinions on three projections of the Air Force in 2030.

Last week, CSIS hosted a panel discussion on the regulation of religion throughout Africa. The panel focused on the varied manner in which governments approach religious affairs. Watch the panel discussion in full here.

Look out. In just a few days (November 1) you’ll be able to stream the latest Bob Dylan Bootleg Series, “Travelin’ Thru: 1967-1969.” This collection focuses on recordings Dylan made with Johnny Cash and unreleased tracks from “John Wesley Harding” and “Nashville Skyline.”

Today, they released this outtake of Dylan covering “Ring of Fire” from the forthcoming Bootleg Series. Oh my.