The gunman killed after shooting dead a policeman on the Champs Elysees has been named by the Paris prosecutor as Karim Cheurfi, a convicted criminal. He used a Kalashnikov assault rifle to kill the police officer with two bullets to the head, François Molins told journalists in the French capital. A note defending the so-called Islamic State was found near his body, as the BBC reports.

Meanwhile, France will hold the first round of its presidential election on Sunday. The AP has this explainer on the 11 candidates vying for office.

Dive Deeper: See CSIS’s Heather Conley and Donatienne Ruy on the first round of the French presidential election: “The French (Dis)Connection.”

And see “Elections Are the New Battleground of International Politics” by Chatham House’s Angelos Chryssogelos.

At least a dozen people were killed as the streets of Caracas, Venezuela, erupted into a night of riots, looting, and clashes between government opponents and the National Guard late Thursday and into early Friday, as anger from two days of pro-democracy demonstrations spilled into unrest in working-class and poor neighborhoods, as the New York Times’ Nicholas Casey and Patricia Torres report.

And, CNN Money reports that Venezuela only has $10 billion in reserves—the cash that’s intended to keep an economy stable and weather tough times.

Dive Deeper: CSIS’s Moises Rendon has recent commentary: “Venezuela in Dictatorship: How the United States and the International Community Can Help.”

And, see this CFR Backgrounder on the crisis.

Chinese state-backed hackers have recently targeted South Korean entities involved in deploying a US missile-defense system, THAAD, says an American cybersecurity firm, despite Beijing’s denial of retaliation against Seoul over the issue, as the Wall Street Journal’s Jonathan Cheng and Josh Chin report.

The number of migrants and refugees that have entered Europe by sea thus far in 2017—a dramatic reduction from the 205,613 that entered over the same period in 2016. Source: International Organization for Migration (IOM).

“After nearly a decade responding to the financial crisis and its economic aftershocks, officials must now devote the same level of creativity and ambition to addressing the crisis of confidence in the international economic order.”

—CSIS’s Wally Adeyemo authored a new opinion piece in the Guardian today, “Protectionism is Rising the World Over. Our Best Defense is Fighting Inequality.” 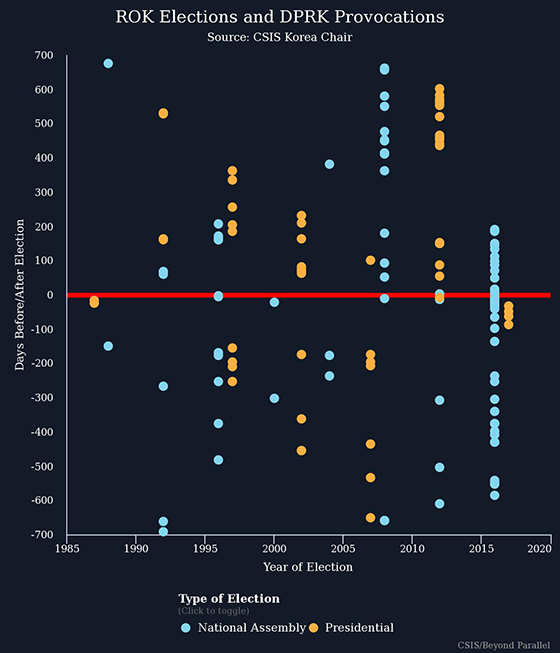 CSIS’s Beyond Parallel released a new study this week on the possibility of North Korean provocations around upcoming South Korean elections, suggesting a provocation could take place as early as two weeks before the elections occur on May 9. 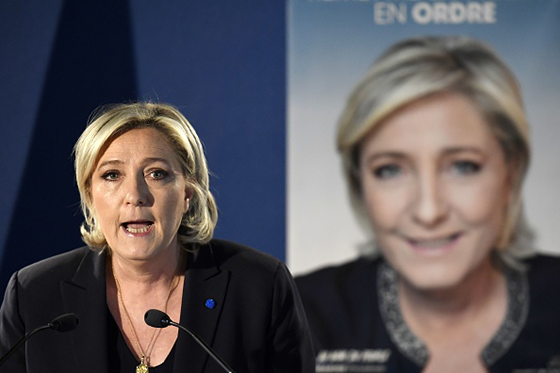 “A youth revolt in France boosts the far right,” by the Washington Post’s Griff Witte and James McAuley.

Join CSIS’s Middle East Program at 10:30 a.m. for the launch of The Other Side of the World, a report that examines the implications of increasingly robust China-Middle East ties.

And join the Atlantic Council at 1:00 p.m. for “Ending the War on Civilians: A Discussion with Syria’s White Helmets.”

Today, CSIS’s Americas Program hosted a conversation with Mexico’s Secretary of Finance and Credit, José Antonio Meade. You can watch the event on demand here.

I don’t know if it’s the beautiful weather outside, the terrific week we had here at CSIS, or watching my sons play baseball, but I’m really smiling.

I’ve been thinking about Tom Petty and the Heartbreakers a lot this week. Tomorrow night in Dallas they kick off their 40th anniversary tour. Petty has written some of the most memorable and instantly recognizable songs in the history of rock ‘n’ roll.

I just got chills listening to this Petty song because of the audience’s reaction at the beginning of the clip. How many artists can listen to their fans collectively sing the first several verses of a song back to them? Not many. Tom Petty sure can. Enjoy your weekend and enjoy this clip of “Breakdown.”