The Evening: Guaidó at White House, Syria, Darlene and More

President Trump met with Venezuelan opposition leader Juan Guaidó at the White House on Wednesday after he vowed during Tuesday’s State of the Union to oust Venezuelan leader Nicolás Maduro, as the WSJ’s Andrew Restuccia and Catherine Lucey report.

Media Crackdown in China on Coronavirus

The New York Times today reports that in China there is a new crackdown on the media and on the internet, and it signals an effort to control the narrative about a crisis that has become a once-in-a-generation challenge for leaders in Beijing, as the New York Times reports.

Dive Deeper: “Panicky Responses to the Coronavirus are Dangerous—Here’s Why,” by CFR’s Yanzhong Huang.

The United States is “very, very worried” about the escalation in Syria’s northwestern province of Idlib, led by an assault by Syrian government forces and supported by Russians, and was also seeing active support of Iranian militia and Hezbollah on the ground, the top U.S. envoy for Syria said on Wednesday, as Reuters reports.

The U.S. trade deficit in goods and services shrank 1.7% last year to $616.8 billion, the first decline in 6 years, according to Commerce Department data released today.

“We believe that Palestinian armed organizations will stand and continue resistance and the Islamic Republic sees supporting Palestinian groups as its duty.” 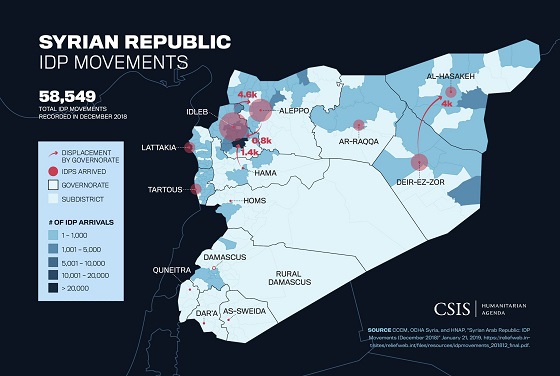 The shortcomings of humanitarian assistance in Syria has created deeper structural consequences for overall civilian health, education, and well-being that will take decades to recover. 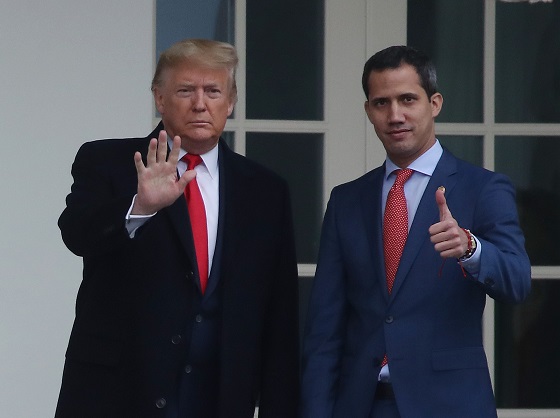 At 8:00 a.m., CSIS will host the China Initiative Conference to discuss the Department of Justice’s efforts to confront Chinese threats to national security.

At 2:00 p.m., CSIS will host a conversation with James Mann to discuss his book "The Great Rift: Dick Cheney, Colin Powell, and the Broken Friendship that Defined an Era."

Also, at 2:00 p.m., CSIS will host the inaugural event in the Synthetic Biology: The Ongoing Technology Revolution Series where experts will introduce the science of synthetic biology and its national security and economic implications.

CSIS today hosted a panel discussion on how the United States can establish a framework for sustained engagement in a transitioning Afghanistan. Watch the event here.

On a new episode of the Take as Directed podcast, Stephen Morrison talks with Ambassador Jimmy Kolker and CSIS's Carolyn Reynolds to discuss pandemic preparedness investments.

So, my dive yesterday into Led Zep’s “Coda Deluxe” piqued my friend Scott’s interest. Scott isn’t just any friend either, he’s one of my closest and he knows more about music than just about anyone I know. He’s a second generation professional musician, manages world-famous recording studios and has worked with some of the biggest artists in the world—most recently Ozzy Osbourne.

Scott texted last night and said “The drums on ‘Darlene’ are insane.” I agree. “Darlene” was a track that didn’t make Zeppelin’s eight and final studio album, “In Through The Outdoor” released in 1979. Hard to believe it didn’t make the record.