North and South Korean officials tested a special hotline for the first time in almost two years Wednesday, signaling a tentative thaw on the divided peninsula and highlighting differences between Seoul and Washington over how to deal with a nuclear-armed Pyongyang, as the Wall Street Journal’s Andrew Jeong reports.

The protests that broke out a week ago in the northern city of Mashhad have shown some signs of abating, but demonstrators are still taking to the streets after dark in many outlying provinces. Elite forces with the Revolutionary Guards Corps were deployed to three of them on Wednesday to help quell uprisings there. But as the New York Times’ Thomas Erdbrink reports , little of the action, either for or against the Iranian government has made its way to the capital city.

Dive Deeper: See “Despite the Protests, Little Will Change in Iran” by the Wilson Center’s Haleh Esfandiari.

And, check out “The Predictable Volatility of Iran and North Korea” by Jacob Shapiro of Geopolitical Futures.

Plus, Brookings’ Suzanne Maloney has written a commentary, “Trump can help Iran’s protesters by rejecting his own Iran policies.”

Federal Reserve board members wrestled with how much of an economic impact to expect from Donald Trump’s tax cuts as they raised rates last month and continued to be flummoxed by persistent low inflation, according to minutes released on Wednesday, as the Financial Times’ Shawn Donnan reports.

Plus, Federal Reserve officials expect reductions in corporate and personal taxes to boost consumer and business spending, though they remain unsure of the impact of the new tax law, according to the minutes released today, as CNBC’s Jeff Cox reports.

And, Reuters reports that the dollar rallied on Wednesday on upbeat U.S. manufacturing and construction data and after minutes from the Federal Reserve’s last policy meeting showed the central bank remained on track to raise interest rates several times this year.

About half, or 48 million Iranians have smartphones, a key difference between Iran’s 2009 and 2018 protests.
Source: Voice of America.

“I too have a Nuclear Button, but it is a much bigger & more powerful one than his, and my Button works!” 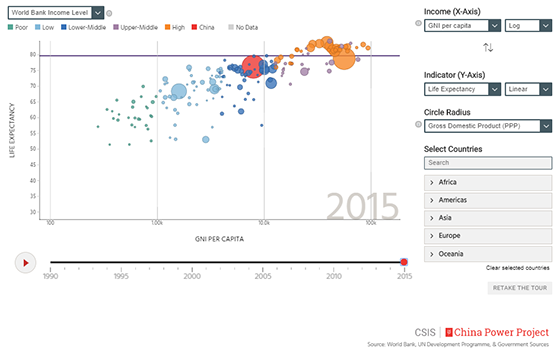 ChinaPower has a new interactive feature, "The China Development Tracker," which allows users to compare the relationship between China’s economic growth and its development. 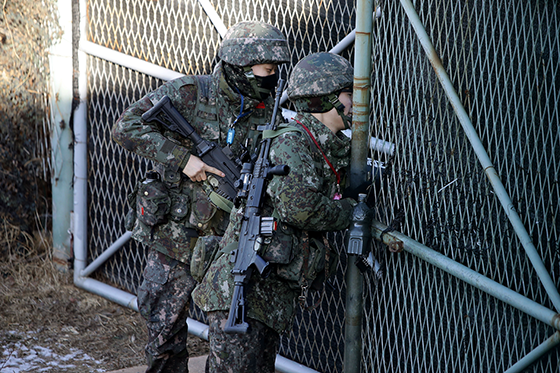 “The Black Swans of 2018,” below-the-radar national security threats to watch in the coming year by Politico’s Michael Dempsey.

On Friday, join us for “Taiwan’s Cybersecurity Environment: Challenges and Opportunities,” hosted by CSIS’s Technology Policy Program and Freeman Chair in China Studies.

Last September, CSIS Trustee Bob Schieffer hosted a discussion on how the United States should react to the growing North Korean threat.

In the latest Smart Women, Smart Power podcast, CSIS experts reflect on the biggest foreign policy and national security challenges of 2017, and predict issues that will likely dominate the headlines in the coming year.

A lot of people, particularly in music, film/TV and sports are referred to as “legendary.” But how many of our stars are truly legendary?

Lou Reed, without question, was legendary. In this clip David Letterman introduces Reed as a legend. Letterman should know. Reed had just released his 1989 album “New York,” which many critics refer to as his best solo album. It’s a serious rock record not to be missed by any serious rock fan. “Busload of Faith” is one of its standout tracks. Here, Reed performs it with Paul Schaffer’s excellent horn section. What a smile.