The Evening: Immigration, Space, The Hold Steady and More

President Donald Trump and top administration officials today defended the separation of children from adults at the southern border amid growing outcry over the practice, making clear it would remain in place unless Congress addressed it as part of immigration legislation, as the Wall Street Journal’s Louise Radnofsky and Natalie Andrews report.

President Donald Trump said today he will move to make a new branch of the military focused solely on space, as CNBC reports .

Secretary of State Mike Pompeo today slammed China's trade practices as "predatory economics 101" and said statements by Beijing in recent weeks that it was moving to open its economy were "a joke," as Reuters reports.

“The denuclearization deal with North Korea is being praised and celebrated all over Asia. They are so happy! Over here, in our country, some people would rather see this historic deal fail than give Trump a win, even if it does save potentially millions & millions of lives!”

In a new podcast, the CSIS Trade Guys, Bill Reinsch and Scott Miller, take on the Trump administration’s announcement that it will impose tariffs on $50 billion of goods from China, raising the potential for a trade war between the world’s two biggest economies. 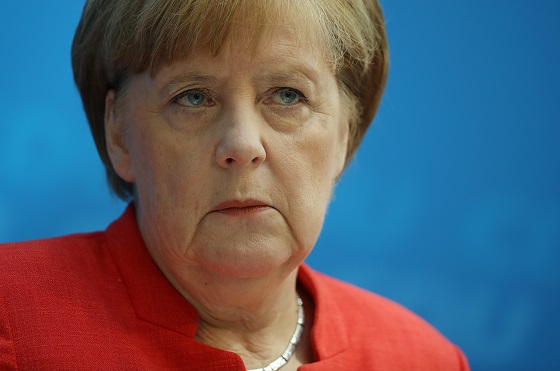 “China Wants to Remake the Internet,” by CSIS’s Samm Sacks for the Atlantic.

Join CSIS at 9:30 a.m. for a discussion on how the international community is working to rebuild the system of restraint against chemical weapons. CSIS will also launch a report on this topic.

At 12:00 p.m., the Atlantic Council will host a conversation on the results of Colombia's presidential runoff election, and the implications it could have in the region and on the world stage.

Trade Guys Scott Miller and Bill Reinsch break down the buzz around trade. In a new video, Scott Miller unpacks rules of origin, which play a key role in the North American Free Trade Agreement, or NAFTA. To understand their importance, start with this video.

Writer E. Tammy Kim joins the latest CSIS Podcast to talk about how people in South Korea are reacting to the Trump-Kim Summit. And, CSIS's Mike Green joins the podcast to discuss the fallout from the summit.

The Hold Steady made their presence known with their third studio album, 2006’s “Boys and Girls in America.” Since then they have been held out as one of rock and roll’s last true survivors.

I love the band and I really like how they now take a modern approach to releasing music. One of the really interesting things about the age of streaming music is that it has brought us back to the release of the hit single. There’s really not so much of an album rock scene these days—just ask today’s hip hop royalty, they routinely “drop” singles on Spotify to the delight of their fans.

With The Hold Steady, they’ve taken the approach of releasing songs by twos. Anyone remember 45 records? They were so cool. Owning a smart phone today is like owning a personal jukebox that you can carry in your pocket—if you equip your phone properly with one of the latest great streaming services (I love Spotify.) Tomorrow we’ll discuss The Hold Steady’s current approach to modern musicianship.

But first, let’s go back to 2006, when albums were still thought of as the proper package by which to deliver music. With “Boys and Girls in America,” The Hold Steady launched themselves into national and international orbit with key tracks like “Stuck Between the Stations.”