The Evening: Iran at 40, Strike on ISIS, Maybe I’m Amazed and More

Iranian President Hassan Rouhani today struck a defiant tone as millions of Iranians gathered in cities across the country to celebrate the 40th anniversary of the Islamic revolution despite growing public angst over the country’s direction, as the FT’s Najmeh Bozorgmehr and Andrew England report.

Over the last 5 years, giant clam harvesting, dredging, and artificial island building have decimated over 40,000 acres of coral reefs in the South China Sea.

“The United States does not have the courage to shoot a single bullet at us despite all its defensive and military assets. But if they attack us, we will raze Tel Aviv and Haifa to the ground." 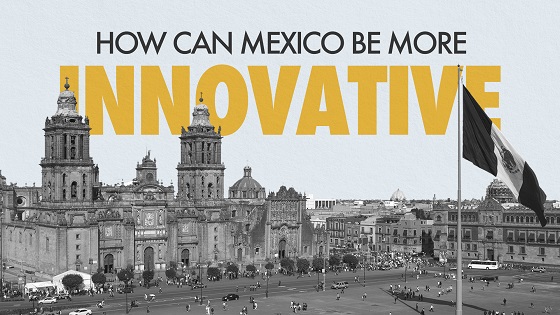 CSIS's Americas Program released a new video, "How Can Mexico Become More Innovative? " Despite a growing entrepreneurial ecosystem, Mexico fares poorly in the 2018 Global Innovation Index when compared to its fellow industrialized countries. 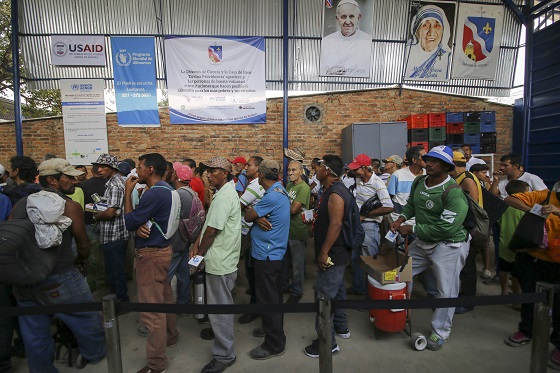 (Photo credit: SCHNEYDER MENDOZA/AFP/Getty Images). Venezuelan migrants stand in line in the Divina Providencia migrant shelter in Cucuta, Colombia, on the border with Venezuela, on February 7, 2019.

“At 40, Iran’s decaying Islamic Republic is showing its age,” by the Washington Post’s Jason Rezaian.

At 1:30 p.m., join CSIS for a discussion on the issues and recommendations related to the future of work put forth in a recently released report by the International Labor Organization.

At 9:30 a.m., the Brookings Institution will host Congressman Seth Moulton (D-MA) to discuss the House Democrats' vision for the future of U.S. defense policy and what a new era of divided government will mean.

And, at 11:15 a.m., the Carnegie Endowment for International Peace will hold a discussion on how Western governments and the private sector can create more resilient democracies in the digital world.

35 West examines the politics and policies of the 35 countries in the Western Hemisphere. In the newest episode, Who’s on First, What Comes Next?, Venezuela experts Moises Rendon of CSIS and Eric Farnsworth of the Council of the Americas examine the role of the United States, the international community, and Cuba in the Venezuelan political crisis.

I’ve been listening to a lot of material lately by The Faces, the great Rod Stewart-Ronnie Wood band. I love their swaggering cover of Paul McCartney and Wings’ “Maybe I’m Amazed.”

But I love the original even better! Paul McCartney’s band Wings and their hits are some of the earliest music I can recall hearing coming from the radio or out of my parents giant stereo cabinet (remember those?)

The triple live album “Wings Over America” released in late 1976 was one of those records that I couldn’t physically keep my hands off of—the packaging depicting an airliner about to open its cabin door was utterly captivating. Now relics, record sleeves, and liner notes were once powerful pieces of media. My kids will say that the immersive media and ubiquitous video of today is far superior. Sometimes I’m not so sure. I remember sitting on the floor in my parents living room and gazing for what seemed like hours on the album “Wings Over America” while listening to Paul belt out transcendent tunes like “Maybe I’m Amazed.” I’ll never forget it.