Israeli Prime Minister Benjamin Netanyahu today presented what he called new evidence that Iran maintained a secret and comprehensive plan to build nuclear weapons but lied repeatedly about it, building a case against the 2015 Iran nuclear deal, as the Wall Street Journal’s Dov Lieber and Felicia Schwartz report.

As the Washington Post’s Karen DeYoung and Loveday Morris report, President Trump, speaking at a Washington news conference with the president of Nigeria, said Netanyahu’s revelations “showed that I’ve been 100 percent right” in describing the nuclear agreement as the “worst deal” ever signed. “We’ll see what happens,” he said of the upcoming deadline.

And, as Iran’s Tehran Times reports, Iranian Deputy Foreign Minister Abbas Araqchi today said the “continuation” of the nuclear deal in its current condition is “intolerable” and said that whether the United States exits the nuclear agreement or not is beside the point. Araqchi said all options are on the table and Iran could restore its nuclear program to the pre-JCPOA era.

Missile strikes at two Iran-linked bases in Syria caused huge explosions and killed dozens of pro-government fighters in an attack seen as Israel’s latest blow in a shadow war to contain Iranian influence, as the Washington Post’s Louisa Loveluck and Loveday Morris report.

“Is Trump in a Trade War with China? An Up-to-Date Guide,” by the Peterson Institute’s Chad Brown and Melina Kolb.

And, as Reuters reports, South Korean trust in North Korea has surged since last week’s feel-good summit at which their leaders declared an end to hostilities and to work towards denuclearization of the peninsula.

Dive Deeper: “Critical Questions: Peace in Korea? What You Need to Know about the Koreas Summit and the Trump-Kim Summit,” by CSIS’s Victor Cha.

A pair of back-to-back bombings by ISIS in Kabul killed 25 people today, nine of them journalists.
Source: Washington Post.

“Wherever U.S. entered, it created instability, brought misery to people; that's why U.S.'s feet must be cut off from West Asia; U.S. must exit this region.” 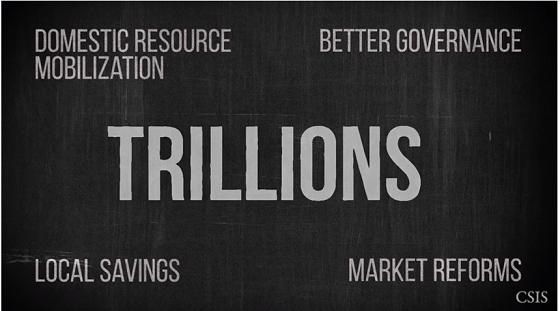 CSIS's 2018 Global Development Forum focused on a central theme, “Billions to Trillions.” Fragile and conflict-ridden states are home to about 1 in 5 people on the planet. By 2035, four-fifths of the world’s poor will live in these states. Currently, a few hundred billion dollars are available for foreign aid, but in order to confront current development challenges, the global community may need to think in trillions. A new CSIS original video explores why.

To catch up on our 2018 Global Development Forum, you can watch it on demand here. 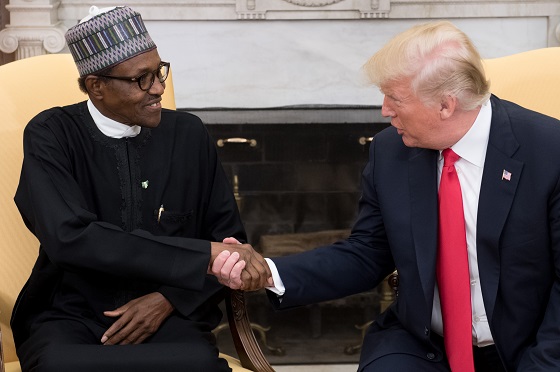 “Europe bets its data law will lead to tech supremacy,” by the FT’s John Thornhill.

Join CSIS’s Energy and National Security Program at 10:00 a.m. for a conversation on the state of play of carbon markets and pricing around the world.

And, at 11:30 a.m., join the Wilson Center for a conversation on why soft power matters, and how to measure its influence on broader considerations of global geopolitics.

Today CSIS’s Project on Military and Diplomatic History hosted a discussion on the new book, Losing Hearts and Minds: American-Iranian Relations and International Education during the Cold War . The discussion focused on the students who presaged the Iranian revolution, and what the movement means for U.S.-Iranian relations in the Cold War and beyond. Watch the full discussion here.

On the latest episode of the CSIS Podcast, CSIS's Victor Cha and Bulent Aliriza discuss the historic meeting of Kim Jong-un and Moon Jae-in at the DMZ, and what Turkish President Erdogan could be trying to achieve with a call for snap elections.

Thanks to everyone for writing in about Charles Neville who passed away last week at 79. Charles is a musician I will never forget and judging from your emails you won’t either. Of Charles, his brother Aaron Neville wrote on Facebook, “You’ll always be in my heart and soul, like a tattoo.”

Charles was a musician who has a distinctive sound and that sound often defined the New Orleans sound. In 1990, Charles and his brothers won a Grammy Award, best pop instrumental for “Healing Chant.” It’s a powerful piece of music driven by Charles’ soprano saxophone as this clip from Jazz Fest in 1990 underscores. Charles was absolutely magic with that instrument.