Dive Deeper : “The Return of U.S. Sanctions on Iran: What to Know,” by CFR.

“Could Oil Prices Skyrocket to $200 a Barrel...or More?” by the Washington Institute’s Simon Henderson.

China claims to have successfully tested its first hypersonic aircraft, a big step forward in aerospace technology that could intensify pressure on the U.S. military, as CNN’s Jessie Yeung reports.

The State Department today urged Canada and Saudi Arabia to use diplomacy to resolve their dispute over the arrest of activists in the Arab kingdom, as Reuters’ Lesley Wroughton and Daphne Psaledakis report.

Meanwhile, Canada plans to seek help from United Arab Emirates and Britain to defuse an escalating diplomatic dispute with Saudi Arabia, as traders revealed the Arab state would no longer buy Canadian wheat and barley.

Brent crude, the global benchmark, rose 1.4% to $74.76 a barrel today after President Trump said on Twitter his government will strictly enforce renewed sanctions on Iran, including those aimed at choking off Iran’s oil exports. Source: WSJ

Where have unmanned aerial systems been attacked in conflict areas? Learn more with a new interactive map from aerospace.csis.org. 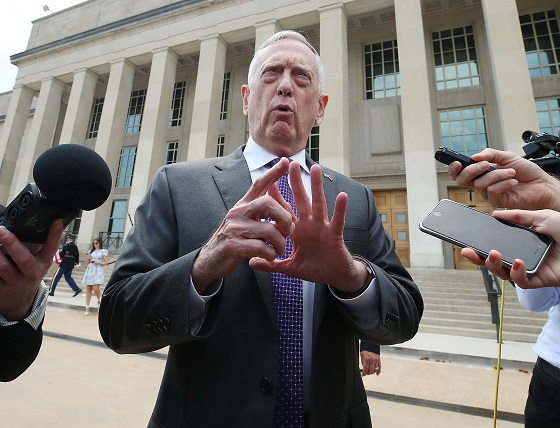 If you’re a political junkie and want something really cool to feed that addiction, check out a new app game designed by strategic guru Mark Penn. It’s called “ 270 ” and you can find out if you have what it takes to become POTUS by engaging in a strategic race for power—and of course accumulating 270 votes to claim victory in the U.S. presidential election.

And at 9:30 a.m., the United States Institute of Peace will hold a conversation on the outcomes of the Pakistani election, the shape of the next government, and the challenges for expected Prime Minister Imran Khan.

Today, CSIS hosted a discussion with former U.S. ambassador to Guatemala Todd Robinson on the economic impact of fighting corruption in the country. Watch the full event here.

On the latest episode of Energy 360°, CSIS experts discuss key issues on government formation in Iraq following the country's May 2018 parliamentary elections. They also discuss prospects for the energy sector and how disputes with the Kurds are affecting oil production.

I experienced music this morning in a way I’ve never before. You see my wife Amy now has us wired at home with our very own Alexa.

“Ask Alexa to play any song you want,” Amy said.

“Okay,” I said, only half believing Alexa was going to deliver. “Alexa, play Dixie Chicken by Little Feat.”

And Alexa did! Just like that. So I asked Alexa to play “Taxman,” by the Beatles. Then “Funky Miracle,” by the Meters and “Fiyo on the Bayou” by the Neville Brothers. Alexa didn’t miss a note! I quickly realized that just as we can walk the earth with an endless portable juke box in our pockets in the form of an iPhone, we can now ask our new buddy Alexa to play us just about any song we want to hear at home or in the office.

I know that I’m by no means the first person to discover Alexa. In fact, one in six Americans now own a smart speaker and most of those people own an Amazon Alexa device. I sure am glad that I’m now acquainted with Alexa!