The Evening: Iran, Venezuela, The Band and More

President Trump said he would announce on Tuesday his decision on whether to withdraw from the Iran nuclear deal, as the Wall Street Journal’s Rebecca Ballhaus reports.

And, as the Journal’s Asa Fitch and Margherita Stancati report, in defiant speeches on Monday and over the weekend, President Hassan Rouhani offered the clearest glimpse yet of how his country plans to react if Mr. Trump withdraws from the nuclear pact saying, “If the U.S.’s goal is for our country to have no independence and influence in the region, our people will stand against them fiercely as they have done over the past 40 years.”

“How Sanctions Decision Could Jeopardize the Iran Agreement,” the CFR interview with Phillip Gordon.

For an analysis of the JCPOA, see the Institute for Science and International Security’s work from 2015.

Vladimir Putin took the oath of office on Monday for a fourth term as Russia’s president, in a ceremony staged in a gilded Kremlin hall once used to crown czars and replete with pageantry, as the New York Times’ Andrew Kramer reports.

The United States today asked the countries of the Western Hemisphere to suspend Venezuela from the 35-nation Organization of American States, as the AP reports .

A U.S. naval strike force led by aircraft carrier USS Harry S. Truman began sorties on May 3 against Islamic State in Syria, continuing missions by a U.S.-led coalition against the militants, as Reuters reports.

Dive Deeper : “Syria Is the Current Theater for Strategic Competition: Time to Step Up,” by CSIS’s Melissa Dalton.

Oil prices rallied to a 3½ year high on Monday, with the U.S. benchmark breaking above $70 a barrel. Source: WSJ.

"Every decision that Trump takes, we have a plan and program to counter him and resist. Our nation is a free, brave, and persistent nation, and our enemies, God willing, will be brought to shame with their plots." 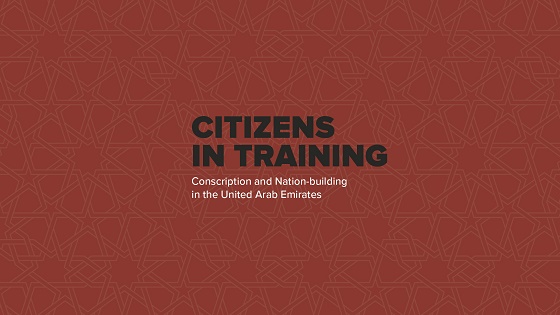 In 2014, the United Arab Emirates (UAE) embarked on a bold experiment: It began drafting young men into the military. A new CSIS podcast miniseries, Citizens in Training , explores what the UAE’s bold experiment in military conscription as a nationbuilding tool reveals about the country’s leadership. 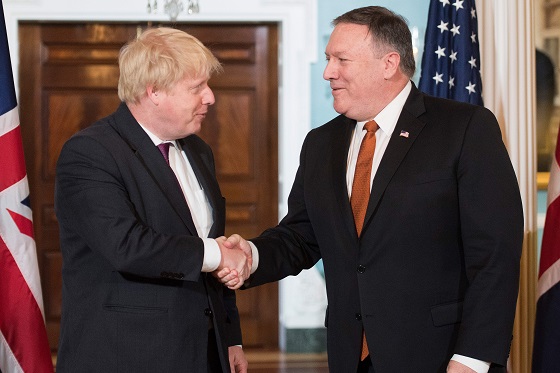 Join CSIS at 8:45 a.m. for a half-day discussion on the geostrategic and geo-economic future of the Arctic.

At 10:00 a.m., join CSIS for a discussion of the most recent Global Findex data and opportunities in financial inclusion more broadly.

Join CSIS at 5:00 p.m. for a conversation on the book Beyond Silicon Valley: How One Online Course Helped Support Global Entrepreneurs , which profiles 20 people who have supported entrepreneurship in communities around the world.

And on May 8th at 12:00 p.m., join the American Enterprise Institute to discuss how nonprofits can work both with and outside government to solve the most difficult challenges of our time.

Today at CSIS, Senator Ben Cardin (D-MD) and Ambassador Kurt Volker, U.S. Special Representative for Ukraine Negotiations, along with an expert panel discussed the effectiveness of four years of U.S./EU sanctions on Russia. Has four years of sanctions altered Russia’s behavior in its neighborhood and beyond? Watch the full discussion here.

On the latest episode of The CSIS Podcast, CSIS's Anthony Cordesman discusses the future of the Iran deal as the May 12 deadline approaches, and CSIS’s Bill Reinsch talks about the latest round of trade talks between the U.S. and China in Beijing.

Listen on Apple Podcast or SoundCloud.

The Band has made me smile ever since I first heard their life-changing music as a teenager. It wasn’t just hearing songs like “The Weight” on FM radio that hooked me. It was watching “The Last Waltz,” the concert film shot by Martin Scorsese of The Band’s farewell performance on Thanksgiving in 1976 that proved to be the transcendent, everlasting smile.

The members of The Band were unlike any other rock stars before them or since. Their elegance was natural, earthy even. It felt like you knew them, or at the very least, you knew people just like them. I’ve had the good fortune of having experienced lengthy phone conversations with Levon Helm and Garth Hudson—even though these men were not people I was personally acquainted with, it was strangely like talking to a favorite uncle, instantly familiar and soulful. I’ll always regret not going up to Woodstock to visit Levon before he died.

“The Last Waltz,” provides the ultimate concert footage of The Band. But this rare film shot in Pittsburgh in 1970 sure is a smile too.