The Evening: Iran, Yemen, Straight into Darkness and More

Secretary of State Rex Tillerson today accused Iran of “alarming ongoing provocations” to destabilize countries in the Middle East and of undermining US interests in Syria, Iraq, and Lebanon, as Reuters reported late this afternoon.

The Pentagon will conduct two high-stakes tests in May of its ability to shoot down missiles launched out of North Korea, as CNN’s Barbara Starr reports.

The number of people who were killed today in a protest in Venezuela that has been dubbed “the mother of all protests.” Source: CNN.

“It remains clear that North Korea is tacking hard toward more use of solid fuel. Such a development is concerning, as these missiles are better suited to mobile deployments and can be fired with little preparation or warning.” 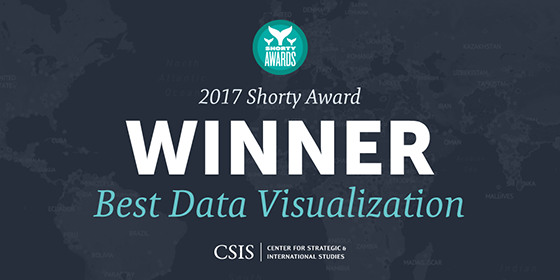 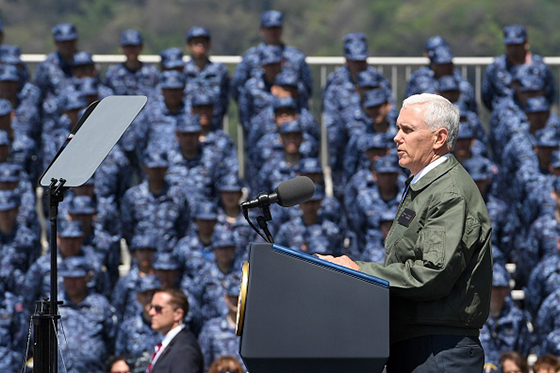 (Photo Credit: Toshifumi Kitamura/AFP/Getty Images.)
Vice President Mike Pence delivers a speech before US and Japanese soldiers onboard USS Ronald Reagan at the US Naval base today in Yokosuka.

“Recalibrating Deterrence to Prevent Nuclear Terrorism,” by Robert Litwak for the Washington Quarterly.

Join the CSIS Europe Program at 9:30 a.m. for a discussion with Paolo Gentiloni, prime minister of Italy, on the future engagement of Italy and the United States in the Mediterranean, as well as Italy’s objectives for the upcoming G7 Summit in Sicily and its vision for the future of Europe.

And join the Carnegie Endowment for International Peace online at 11:00 a.m. for “G20 Priorities and Transatlantic Relations,” featuring a conversation with Wolfgang Schäuble, finance minister of Germany.

I’ve been listening to Petty’s early 1980s material the past few days. And I found this rare clip of “Straight into Darkness.” It’s a gem.