Note: The Evening will be “gone fishin’” on August 23.

Iran warned today it would hit U.S. and Israeli targets if it were attacked by the United States after President Donald Trump’s security adviser said Washington would exert maximum pressure on Tehran going beyond economic sanctions, as Reuters’ Bozorgmehr Sharafedin and Dan Williams report.

Even after a string of deadly Taliban attacks in Afghanistan in recent months, the outgoing commander of U.S. and international forces there insisted today that President Donald Trump’s strategy of an open-ended deployment was making progress as Reuters Idrees Ali and Jonathan Landay report.

Dive Deeper: “The Conflicting Assessments of the Trends in Combat in Afghanistan: 2014-2018,” by CSIS’s Anthony Cordesman.

The Democratic National Committee has reported to law enforcement an attempted hack on its voter database, amid intensifying fears of online campaigns to manipulate the US midterm elections, as the FT’s Hannah Kuchler and Courtney Weaver report.

A new report from the UN's nuclear watchdog expresses "grave concern" that North Korea is continuing to develop its nuclear program, despite the regime's commitment to work towards denuclearization following June's summit in Singapore, as CBS News reports.

The Trump administration is planning to formally announce on Thursday that it has reached a breakthrough in NAFTA talks with Mexico, clearing the way for Canada to rejoin negotiations to modernize the free trade pact, as Politico’s Megan Cassella and Sabrina Rodriguez report.

And, as CNBC reports, the U.S. is near an informal NAFTA deal with Mexico, though a Mexican official said all three sides would need to be present on a handshake.

Dive Deeper: Check out “The Trade Guys,” a CSIS podcast.

Facebook deleted 652 pages, linked to three Iranian and one Russian disinformation campaigns, that had been followed by hundreds of thousands of accounts.
Source: FT

"We’re very concerned as we look at the military situation and we want to be unmistakably clear to Assad that we expect there will be no use of chemical weapons or biological weapons if there are any additional military hostilities in Idlib."

This week, CSIS's Trade Guys sat down with with Cody Lusk, president and CEO of the American International Automobile Dealers Association, to discuss the Trump Administration's announcement that it would delay its decision on levying tariffs on auto imports this week. For more on what this means for the auto industry, listen to the latest podcast episode, "Only as Good as the Next Tweet." 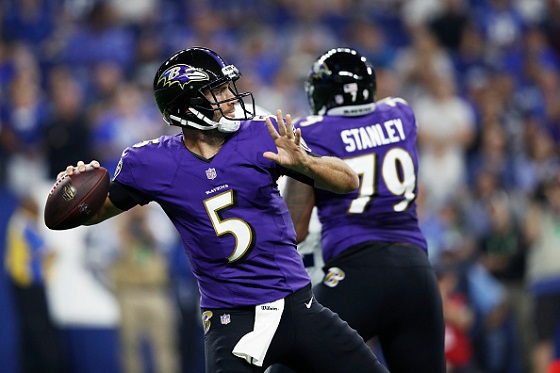 “The Next Big Bet in Fracking: Water,” by the WSJ’s Christopher Matthews.

At 9:00 a.m., The Johns Hopkins University Paul H. Nitze School of Advanced International Studies (SAIS); Search for Common Ground; and Counterpart International, will hold a discussion on the "Democratic Republic of Congo - Citizen Involvement and Prospects for Peaceful Elections."

Projections for peak global oil demands range from as early as 2025 to as late as 2040 and beyond. What’s driving this uncertainty? CSIS’s Energy and National Security Program unpacks the four factors that could impact the future of oil demand. Watch the video here.

You didn’t think I would forgo the opportunity to play an Eagles encore from the best-selling album of all time, did you?