Iran’s leaders on Tuesday warned the United States of serious repercussions after it designated the elite Revolutionary Guard Corps a terrorist organization, as the Washington Post’s Erin Cunningham reports.

The polls are closed in Israel and it looks too close to call with both Gantz and Netanyahu claiming victory. Haaretz has live updates.

European Union leaders are preparing to grant British Prime Minister Theresa May more time, at a summit Wednesday, to win backing in Parliament for an agreement to leave the bloc, as the WSJ’s Laurence Norman and Stephen Fidler report.

The leaders of the U.S. Senate Foreign Relations and Armed Services Committees warned Turkey on Tuesday that it risked tough sanctions if it pursued plans to purchase Russian S-400 missile defense systems, and they threatened further legislative action, as Reuters reports.

The three U.S. servicemembers killed Monday in a Taliban attack in Afghanistan were members of the Marine Corps.

“If you continue to walk down this road, you will see IR-8 centrifuges in the future. Our patience has a threshold.” 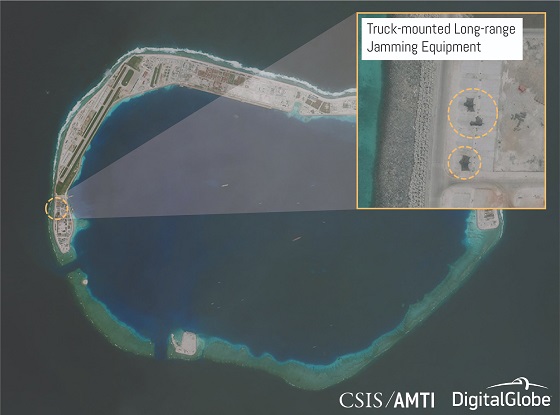 Currently, China has the ability to jam common satellite communication bands and GPS signals, and it has made the development and deployment of satellite jamming systems a high priority. Satellite imagery suggests that China has placed military truck jamming equipment on Mischief Reef. 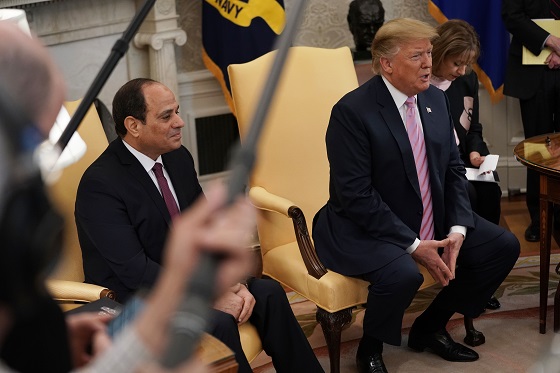 “The Impact of Rules of Origin on Supply Chains: USMCA’s Auto Rules as a Case Study,” by CSIS’s Bill Reinsch and Jack Caporal.

At 9:00 a.m., join CSIS for a discussion exploring how to strike the right balance between minimizing hate speech online and protecting the free expression of civil society actors.

Then, at 11:30 a.m., return to CSIS for a forum on how the United States and China can maximize the benefits of innovation through policies and practices that effectively protect intellectual property rights, privacy, and national security.

Today, CSIS hosted a conference on the 40th anniversary of the Taiwan Relations Act. Experts discussed its creation and implementation and how it continues to guide U.S.-Taiwan relations and interaction among Taiwan, China, and the United States. Watch the full event here. 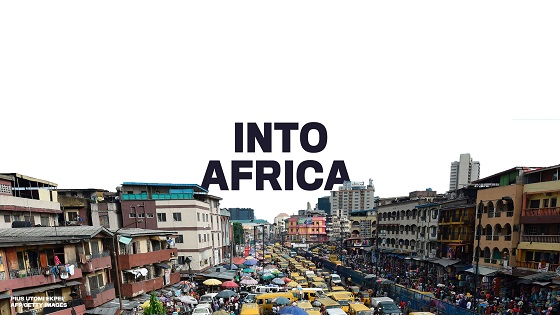 Judd Devermont, Africa program director at CSIS, sits down with policymakers, journalists, academics and other trailblazers in African affairs to shine a spotlight on the faces spearheading cultural, political, and economic change on the continent.

It’s hard to believe but 50 years ago this month, Bob Dylan recorded his ninth studio album, “Nashville Skyline” in the country music capital city. The record would prove highly influential as its crossover of country and pop helped pave the way for the Eagles and other country-rock superstars of the early ’70s. And conservative Nashville would never be the same again. Without “Nashville Skyline,” there would not only be no Eagles, there would be no Elvis Costello or alt-country superstars Wilco.

By coincidence, Johnny Cash was recording in the same studio as Dylan in Nashville in 1969. I can’t even imagine what that was like. Talk about the Mt. Rushmore of American musicians. They recorded 18 songs together but the only one that made it onto “Nashville Skyline” was a reworked version of Dylan’s “Girl From the North Country,” a track that previously appeared on “The Freewheelin’ Bob Dylan.” It’s a true gem.