The Evening: ISIS, Iran, Don’t Let Me Down and More

President Donald Trump said on Wednesday he expected a formal announcement as early as next week that the coalition fighting ISIS has reclaimed all of the territory previously held by the extremist group, as Reuters’s Lesley Wroughton and Jeff Mason report.

Meanwhile, Secretary of State Mike Pompeo sought to reassure allies today that the U.S. would remain involved in the fight against ISIS, saying a withdrawal of U.S. troops from Syria represents a tactical, rather than a strategic, shift in the fight, as the WSJ’s Courtney McBride reports.

Dive Deeper: “The Evolution of the Salafi-Jihadist Threat,” by CSIS’s Seth Jones.

“Confusion Over the U.S. Withdrawal from Syria,” by Rand’s James Dobbins.

Iran hit back at President Trump’s State of the Union address in which he called Tehran the world’s leading state sponsor of terrorism, saying the United States has a history of backing brutal regimes in the Middle East, as the WSJ’s Sune Engel Rasmussen reports.

A senior American negotiator arrived in North Korea on Wednesday to sort out crucial details for a nuclear summit meeting in Vietnam between President Trump and the North’s leader, Kim Jong-un, with only three weeks to go before the talks take place, as the NYT ’s Choe Sang-Hun reports.

Dive Deeper: Listen to the latest episode of the CSIS podcast “The Impossible State” with Victor Cha and Tom Karako.

Earth's global surface temperatures in 2018 were the fourth warmest since 1880.

“An economic miracle is taking place in the United States, and the only thing that can stop it are foolish wars, politics, or ridiculous, partisan investigations.” 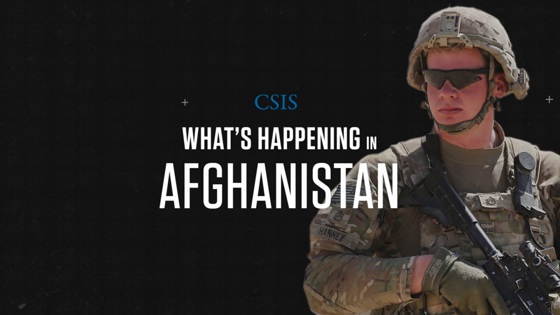 CSIS's Melissa Dalton, Seth Jones, and Daniel Runde evaluate how the withdrawal of U.S. troops would affect Afghanistan's national security and civilian population in the newest episode of "What's Happening... " 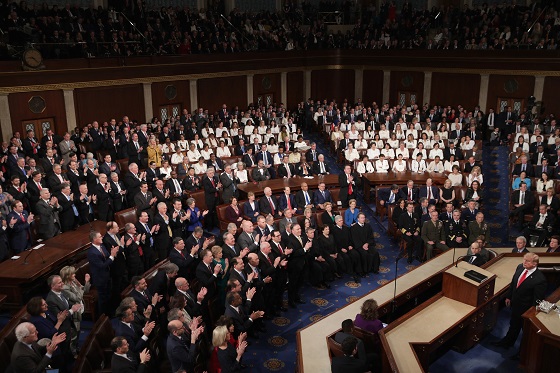 (Photo credit: Alex Wong/Getty Images). House Chamber during State of the Union last night. A group of female Democratic lawmakers chose to wear white to the speech in solidarity with women and a nod to the suffragette movement.

“China's Belt and Road could carry ecological and health risks,” by CSIS’s Jonathan Hillman for Axios.

At 4:00 p.m., join CSIS for a conversation with Roya Rahmani, the first female Afghan ambassador to the United States, about Afghanistan’s major social, economic, and political gains over the years.

And, at 10:00 a.m., Brookings will host former Italian Prime Minister Paolo Gentiloni to discuss Italy’s role in an evolving Europe and the trajectory of the trans-Atlantic alliance.

Then, at 11:30 a.m., the Center for Strategic and Budgetary Assessments will present its newest report examining trends in U.S. strategy, capabilities, and threats to describe the operational concepts carrier aircraft will likely need to use in the future.

Trade experts Scott Miller and Bill Reinsch break down the buzz around trade, how it affects policy, and how it impacts your day-to-day. In this new episode, the State of the Union is front and center.

I’m glad you all enjoyed “American Pie” yesterday. Several of you wrote me that it’s your favorite song or “the best rock and roll song ever recorded.” It’s most definitely up there in the cannon and a tough act to follow.

Well, there was another recent anniversary of a performance that is undeniably iconic. Fifty years ago last week, The Beatles played on a London rooftop in what would be their final performance together.