The Islamic State has issued what appears to be the first recording in nearly a year of its reclusive leader, Abu Bakr al-Baghdadi, in a move that seems equally designed to silence rumors of his death and to rally his pummeled troops, as NYT’s Rukmini Callimachi reports.

President Trump ordered the Jones Act to be waived for shipments to hurricane-ravaged Puerto Rico immediately at the request of Governor Ricardo Rossello, White House press secretary Sarah Sanders said Thursday. The waiver will be in effect for 10 days and cover all products being shipped to Puerto Rico, as Bloomberg’s Margaret Talev reports.

Dive Deeper: The Post’s Amber Phillips has an explainer: “Trump just lifted the Jones Act for Puerto Rico. Here’s what that does.”

Dive Deeper: CSIS’s Michael Green authored an op-ed in the Hill today, “Are we facing war with North Korea?”

See Brookings’ Robert Einhorn and Michael O’Hanlon on “Walking back from the brink with North Korea.”

And, listen to the latest CSIS About the News episode featuring the New Yorker’s Evan Osnos, “Dispatch From Pyongyang.”

As Spain’s government tries almost everything it can to stop an independence referendum Sunday in the restive northeastern region of Catalonia, the standoff is escalating into a constitutional crisis emblematic of the larger forces tearing at European unity, as NYT’s Raphael Minder reports.

Ada Colau, the mayor of Barcelona, authored an op-ed in the Guardian, “Europe must act to protect the rights and freedoms of Catalans.”

Senate Intelligence Committee investigators asked Twitter representatives on Thursday whether false information spread by Russian accounts made it into real news stories aimed at torpedoing Hillary Clinton’s candidacy, and whether the social media company took any steps to stem the fake news. The closed-door briefing is the latest move by federal investigators to probe social media’s role in last year’s presidential campaign, as Politico’s Nancy Scola and Josh Meyer report.

Dive Deeper: Listen to the new podcast miniseries from CSIS, “The Kremlin Playbook.”

House Majority Whip Steve Scalise (R-LA) returned to Congress for the first time in 15 weeks after being shot in an attack near Capitol Hill.
Source: Washington Post.

“In absolute terms, it is extraordinarily hard to have successful independence when none of your neighbors favor it.”

Today, CSIS’s China Power Project released a new interactive feature on China’s role as both a source and a hub for international students. 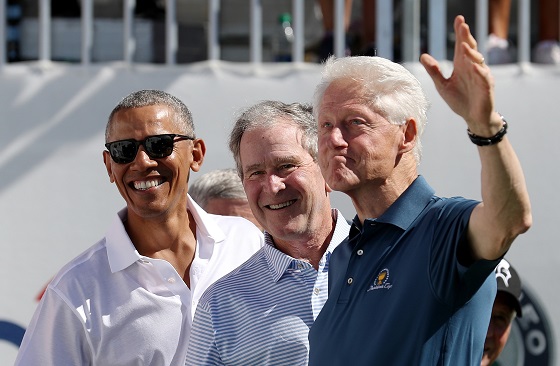 “Twitter takes its turn in the Russian probe spotlight,” by Politico’s Nancy Scola and Josh Meyer.

At 3:00 p.m., the CSIS Project on Military and Diplomatic History will host a discussion on the landmark documentary The Vietnam War, by Ken Burns and Lynn Novick.

Russian Roulette released a new podcast this week, “Of Translation, Identity, Journalism, and More,” on the Russian literary landscape, the role of the media in the Ukraine conflict, and Ukrainian national identity.

This episode is available on Apple Podcasts and SoundCloud.

I don’t know if you saw Showtime’s Ray Donovan this week yet, so I won’t discuss the episode. I’m a big fan of the show. Like many premium television shows I think Ray Donovan is one of those programs that has captured the cultural zeitgeist. In the case of Donovan, each week is like a mini-gangster film.

The song this week’s show closed with absolutely blew me away. It was unexpected, quirky and just perfect. Camper Van Beethoven’s “Pictures of Matchstick Men” (which is actually a cover of a 1968 tune by the British rock band Status Quo—my buddy Parker may be the only one reading this who knows who they are!)

Here’s a great version by Camper.