The Evening: ISIS, South Korea, Running On Empty and More

ISIS will claim victory over the US and is likely to regain territory as a result of President Donald Trump's decision to withdraw from Syria, according to a new report released Monday by the Pentagon's Inspector General, as CNN’s Ryan Browne and Barbara Starr report.

Iraq’s president and many other politicians in the country denounced President Trump’s plan for U.S. troops in Iraq to monitor neighboring Iran, as Baghdad tries to balance ties to its two most important allies, Washington and Tehran, as the WSJ’s Isabel Coles and Ghassan Adnan report.

The United States and South Korea have reached a preliminary agreement on the cost of keeping nearly 30,000 troops in South Korea, two State Department officials said, alleviating fears among President Donald Trump's advisers that he could move to withdraw U.S. troops during his upcoming summit with North Korea's leader, as CNN’s Kylie Atwood, Jeremy Diamond and Kevin Liptak report.

Dive Deeper: Listen to the new episode of “The Impossible State” with CSIS’s Victor Cha and Tom Karako.

Dive Deeper: “Venezuela on the Brink,” by the Inter American Dialogue’s Michael Camilleri.

About 3,750 additional troops have been ordered to the southern border, bringing the total number of active forces to 4,350.

“Don’t overburden Iraq with your own issues.” 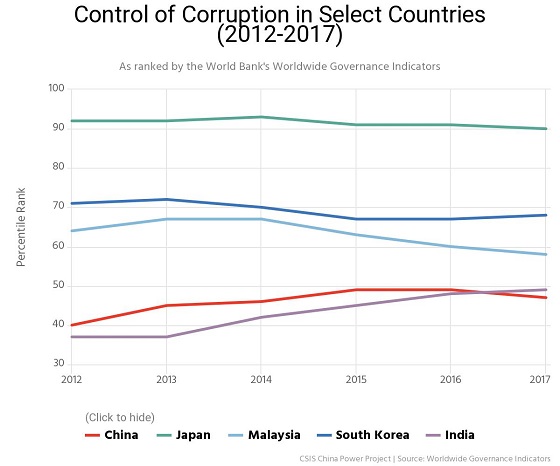 CSIS's ChinaPower Project released a new report exploring the impact of corruption in China. Although Chinese citizens have consistently ranked corruption among their top concerns in various surveys, it remains pervasive.

The Andreas C. Dracopoulos iDeas Lab at CSIS enhances our research with the latest in cutting-edge web technologies, design, and video 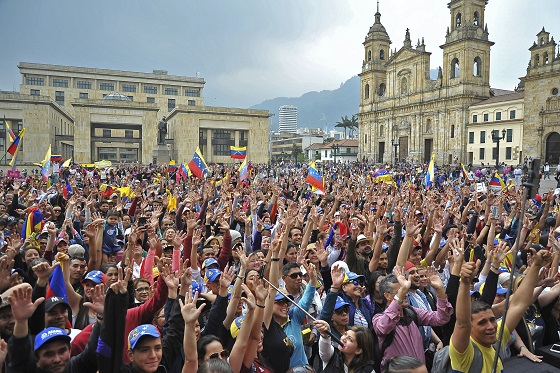 At 9:30 a.m., join CSIS for a discussion on the upcoming 2019 Asia-Pacific Economic Cooperation (APEC) summit in Chile.

Later, at 10:30 a.m., CSIS will host a panel discussion on the digital dimension of China's Belt and Road Initiative and its implications for U.S. economic and strategic interests.

And at 3:00 p.m., return to CSIS to celebrate the 25th anniversary of the publication of Religion, The Missing Dimension of Statecraft with Dr. Douglas Johnston, principal author and co-editor.

Or, at 3:00 p.m., join CSIS for a discussion with Zach Vertin on his new book, A Rope from the Sky: The Making and Unmaking of the World's Newest State , which explores how and why the situation went awry in South Sudan.

Later, at 4:00 p.m., CSIS will hold an armchair discussion with Mark Lowcock, the UN under-secretary-general for humanitarian affairs and emergency relief coordinator, on the key drivers behind today’s most visible and most neglected humanitarian crises.

I realized that last week I left many of you hanging by playing Jackson Browne’s “Doctor My Eyes” and not following up with “ Running on Empty .” Enjoy!