President Donald Trump said the U.S. would withdraw from the Iranian nuclear accord and delivered harsh words for the deal, calling it “horrible,” “one-sided” and “disastrous,” as the Wall Street Journal’s Michael Bender and Rebecca Ballhaus report.

And, as the Washington Post’s Erin Cunningham and Bijan Sabbagh report, Iranian leaders said today that their country would stand united in the face of any new sanctions or threats from the United States.

The FT reports that the decision marks a bitter defeat for America’s top European allies.

Dive Deeper : “The challenge from Iran won't get easier without a deal,” by the Wilson Center’s Jane Harman.

North Korean leader Kim Jong Un visited China and met President Xi Jinping, state media of both countries said today, their second encounter in two months in a flurry of diplomatic engagement that has eased tensions on the Korean peninsula, as Reuters reports.

“The Specter of Katsura-Taft 2.0: Is a US-China Deal Far-Fetched?” by Ruediger Frank of the University of Vienna for 38 North.

Calls for Regime Change in Venezuela

The Trump administration for the first time Tuesday called for regime change in Venezuela, charging that the "systematic oppression" by Venezuelan President Nicolas Maduro has become an "active threat" to the entire Latin American region, as McClatchy’s Franco Ordonez reports.

“The United States will withdraw from the Iran nuclear deal.” 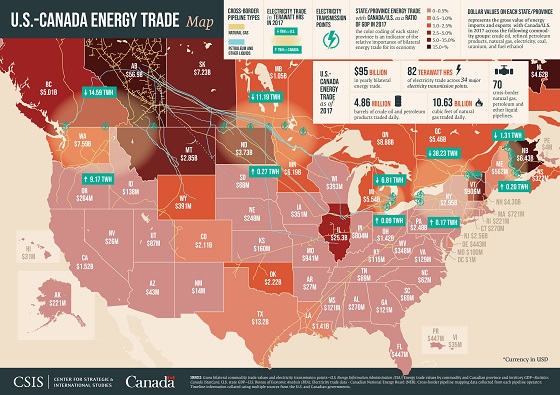 The United States and Canada are each other’s largest energy trading partners. A new CSIS Brief from the CSIS Energy and National Security Program explains the various aspects of the energy trade relationship using this map. 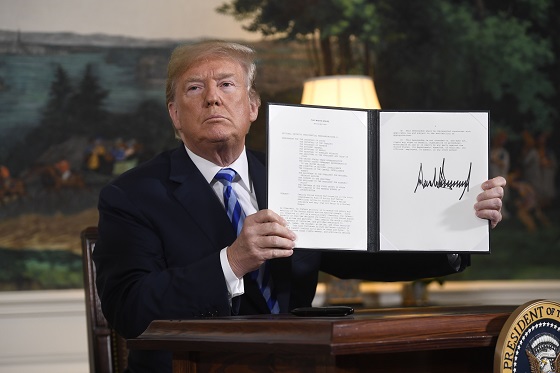 Join CSIS at 10:00 a.m. for an exit interview with Agnes Dasewicz, formerly the Director of the Office of Private Capital and Microenterprise at the U.S. Agency of International Development.

And at 10:00 a.m., join the Wilson Center for a discussion regarding Chinese political influence on American institutions and communities.

Today, CSIS’s Europe Program hosted a multi-panel discussion on the geostrategic and geo-economic future of the Arctic. Commandant of the U.S. Coast Guard, Admiral Paul F. Zukunft, discussed his active public advocacy for and interagency pursuit of securing greater U.S. capabilities and readiness for a rapidly changing Arctic. Watch the full discussion here.

On the latest episode of Take as Directed, Christopher Murray, director of the Institute for Health Metrics and Evaluation, discusses the future of financing the global HIV/AIDS pandemic and the efforts to move towards universal health coverage around the world.

I’m glad so many of you wrote me about The Band. The group and its music is one of my very favorite subjects. There are few past or presents artists with such rich history, substance, style and musicianship.

This clip of The Band performing “Chest Fever” at Wembley Stadium shows off the vocal alchemy of Levon Helm, Rick Danko and Richard Manuel. Keep in mind that even though Robbie Robertson is singing too, The Band always turned Robertson’s microphone off so as not to pollute the sublime harmonies by Helm, Danko and Manuel. Robbie was a great songwriter and guitar player, but he couldn’t approach the vocal abilities of his bandmates. No one could.